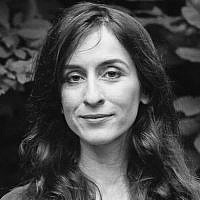 The Blogs
Shayna Zamkanei
Apply for a Blog
Please note that the posts on The Blogs are contributed by third parties. The opinions, facts and any media content in them are presented solely by the authors, and neither The Times of Israel nor its partners assume any responsibility for them. Please contact us in case of abuse. In case of abuse,
Report this post.

In his January 6 article for Al Jazeera,  entitled “Palestinians, Egyptian Jews and Propaganda,” Joseph Massad, Associate Professor of Modern Arab Politics and Intellectual History at Columbia University, waxes poetic about the havoc the elitist Ashkenazi Zionists wreaked upon Arab Jewish communities in the Middle East. He assumes that Zionist intervention alone decimated Arab Jewry, and argues that recent pleas for Arab Jews to return to Arab states have a long and legitimate history. Sadly, Massad’s article suffers from gross historical oversights. His emphasis on linking state responsibility with citizenship ironically legitimizes Israel’s negligent treatment of stateless Palestinians. In the interest of space, I have limited myself to five points of clarification:

1) Expulsion by any other name is just as illegal.

Massad emphasizes “the fact that Arab Jews were not expelled from any Arab country.” True, no Arab country explicitly issued a decree along the lines of “All Jews are herewith banned, never to return, upon penalty of death.” Since the Israeli government never issued a formal declaration of expulsion, does that mean the Palestinians were never expelled?

Expulsion can occur under coercive circumstances. Governments can “encourage” people to leave by freezing their bank accounts, forbidding them from most forms of employment, banning them from education institutions, etc. Expulsion from society precedes expulsion beyond the state’s geographic borders. In the course of my research on Arab Jewish identity, moreover, I did meet Egyptian Jews who were, even according to Massad’s definition, expelled. They were told they had 24 hours to leave the country and leave they did. So yes, Arab Jews were expelled.

Not only were they expelled, but their expulsion was recognized by Palestinian leadership. While Massad broadcasts the PLO’s past proposal for Arab countries to welcome home their Arab Jews, he neglects to mention that at least one PLO member dared to criticize Arab states for uprooting their Jewish communities. In May 1975 in An-Nahar, for example, PLO member Sabri Jiryis lambasted Arab countries for expelling the Jews “in a most ugly fashion, and after confiscating their possessions or taking control thereof at the lowest price.” Foretelling the current campaign, Jiryis added that “clearly, Israel will raise the question in all serious negotiations that may in time be conducted over the rights of the Palestinians.”

2) Lynching is not “harassment.”

Massad lightly acknowledges that in some Arab countries, Jews “suffered from harassment by the authorities or even from segments of society at large.” He does not discuss the forms of discrimination that were systemic and enshrined in legal systems, in places like Yemen; and he fails to mention the many instances in which Jews were attacked and killed for being Jewish. Furthermore, he is unable to concede that violence against Jews, which waxed and waned over the centuries, was never fully absent and predated the establishment of Israel.

The 1800s witnessed a multitude of attacks against Jews in Aleppo, Damascus, Beirut, Dayr al-Qamar, Jaffa, Jerusalem, Cairo, Mansura, Alexandria, Port Said, and Damanhur. The 1900s were even more frightful, the most notable massacre occurring in 1941 in Baghdad: 175 Jews killed and nearly 1000 injured. These attacks were historically traumatizing events for communities that had considered themselves (and had been considered) integral to the fabric of Arab society. In Egypt, the ostensible focus of Massad’s case, Jews were harassed, attacked without recourse to justice and were even made to disappear, as archives from the International Committee of the Red Cross indicate.

Although I do not read the history of the Jewish communities in such a lachrymose and teleologically Zionist way, Massad’s cleansing of nuance within Arab Jewish history greatly distorts the conditions under which Jews lived and left.

3) States are responsible for protecting their citizens.

Nowhere does Massad seriously raise the question of responsibility of Arab states for protecting their citizens. Yes, he brings up Nassar and faults him for not doing enough, but excuses him on the grounds that “this is not the same as expelling a population or deporting it.” Yet by the time Nasser assumed power, most of the Yemeni and Iraqi Jews, and many Moroccan, Syrian and Egyptian Jews, had already left/been forced to leave (depending on whom you ask). Massad avoids accounting for the failure of Arab governments to protect their populations—whether dhimmis or citizens—even though the Arab League had forewarned the United Nations that they would not be held responsible for protecting Arab Jews following the creation of Israel.

4) Most Egyptian Jews were stateless as a result of Egyptian law.

Massad claims that “a substantial percentage of the Jews in Egypt were not legally Egyptian, as they did not carry Egyptian nationality and many did not even speak Arabic and carried European passports (Italian, Russian, British and French), a fact that intensified the perception in some popular quarters that they were not loyal to the country. This of course was not the case with the old Egyptian Arab Jewish community (especially the Qarra’in Jews) whose lives were eclipsed by the large and powerful Ashkenazi and Sephardi families who arrived in Egypt in the 19th and early 20th century.”

First, the figures: As a result of Egypt’s 1929 Nationality Law, more than 90% of Egyptian Jews were denied citizenship, regardless of how many generations they had lived in Egypt. In the 1940s, roughly one quarter of Jews held foreign passports, less than one quarter held Egyptian citizenship and the remainder were stateless. Given Massad’s passion for the plight of the Palestinians, many of whom are stateless themselves, his insistence on citizenship as the key marker of legitimacy for Egyptian Jewish identity is ironic.

Second, the romanticization of Qaraites: Massad creates a dichotomy between the “new” community of modern, polyglot Arab Jews and the “old” Qaraite community. Nevertheless, Egypt’s Jewish community was always an admixture of Karaites and Rabbanite Jews (Sepharadim and native Egyptian), and the fact that some Sepharadim arrived in the 1800s should not be automatic grounds for societal or citizenship exclusion. Romanticization is fodder for imagination, not history. Both communities contributed to Egyptian society.

5) Arab Jews are entitled to compensation from their respective states.

Massad predictably asserts that “it is the Palestinians who are owed compensation for their stolen property by all the Jewish colonial settlers who have been living on it for some six decades, including Arab Jews.” They are. But why should this negate the proposition that Iraqi Jews, whose assets were frozen by the Iraqi government, be owed compensation from the Iraqi government or an international fund? According to Massad’s logic, it is because Iraqi Jews were never expelled, and because “the Zionists” sufficiently agitated Iraqi Jews’ position in society to cause them to leave. Even if they left “by choice,” however, most Iraqi and other Arab Jews were unable to legally exit their country with little more with than a suitcase per person and petty cash. Once gone, Arab countries did in fact settle Palestinians and their own citizens in ‘abandoned’ Jewish property. Jobbar, Damascus, and Aleppo are but a few examples.

Compensation is as old an issue as the refugee problem, dating back to negotiations between David Ben Gurion and Nuri Al Said. Decades later, compensation was discussed in the Camp David negotiations. Historical references to compensation propose Israel (or an international fund) paying for Palestinian losses, and Arab states (or an international fund) paying for Arab Jewish loses. Instead, Massad remains fixated on a zero-sum scenario of legitimacy, where only one group is entitled to receive compensation.

In sum, Massad’s article does a disservice to both Palestinians and Arab Jews by dismissing the role of the state in fomenting violence, and by legitimizing a state’s use of violence against non-citizens within its borders. More nuance would not only have been more historically accurate and intellectually honest, but would have better served the interests of Palestinians and Arab Jews alike.

About the Author
Shayna Zamkanei earned a Ph.D. in political science from the University of Chicago. Her dissertation is entitled, "The Politics of Justice for Arab Jews."
Comments