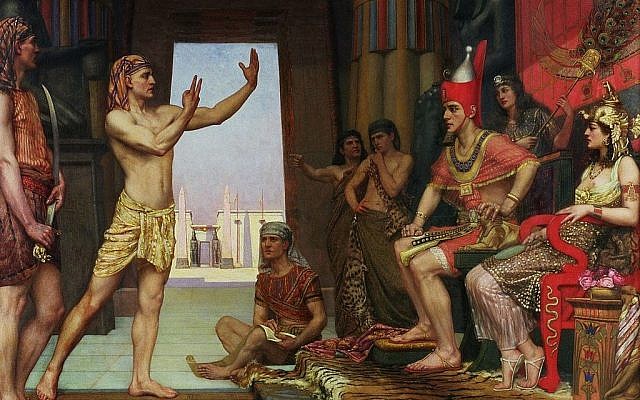 The story of Joseph’s incarceration ends with his successful interpretation of the dreams of the Pharaoh’s chief butler and the chief baker.  He ingeniously interpreted ordinary objects (tendrils of grapes and baskets of bread) as symbols of the units of time (Interpreting Dreams). Even greater insight was Joseph’s understanding that the engagement in time, manifested by the chief butler’s personally squeezing the grapes into the cup and placing the cup in Pharaoh’s hand, symbolized life for the chief butler. And, conversely, the passivity of the chief baker, who dreamt of baskets of bread sitting on his head, with birds eating from the baskets, symbolized the opposite of life. 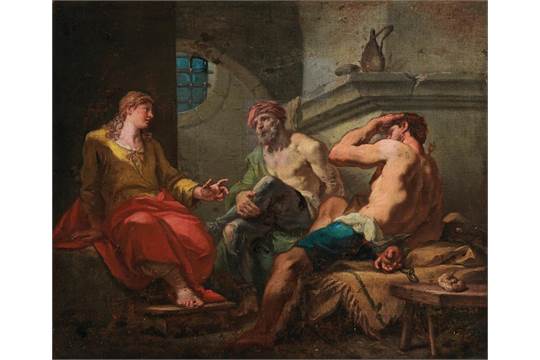 In the Torah portion Miketz (Gen. 41:1-44:17), this story is followed by Joseph’s encounter with Pharaoh when he is fetched from the jail to interpret Pharaoh’s dreams.  Here again, Joseph demonstrates incredible insight by interpreting seven cows and seven stocks of grain as units of time—seven years of plenty and seven years of famine.  (What made Joseph interpret these symbols as units of time was explained in my earlier post Interpreting Dreams.)

What is baffling in this story is Pharaoh’s reaction to Joseph’s interpretation of his dreams—Pharaoh immediately appoints Joseph as the Viceroy of Egypt.  Just think about it: Joseph was a foreigner and a slave; moreover, as far as Pharaoh was concerned, Joseph was a convicted criminal (Pharaoh could not have been aware of his innocence).  Joseph lacked any executive experience of the sort necessary to run Egypt — the superpower of the day. He was a young man characterized by the Torah as a na’ar — youth. What was Pharaoh thinking by appointing Joseph as the ruler of Egypt?! The key to understanding this may be found in the way Pharaoh relates his dreams to Joseph.

And it came to pass at the end of two full years, that Pharaoh dreamed: and, behold, he stood by the river. (Gen. 41:1)

When the Torah describes Pharaoh’s first dream, Pharaoh is said to have seen himself standing on the river or by the river — in Hebrew ad hayor. However, when he recounts his dream to Joseph, he changes it slightly — he says he was standing on the bank of the river:

Pharaoh separates himself further from the river by inserting the bank of the river — in Hebrew ad sfat hayor. The word sfat did not apear in the original dream. Rivers have been symbols of time since antiquity. According to Plato, Greek philosopher Heraclitus said:

You can never step twice in the same river.”

Time is a sort of river of passing events, and strong is its current; no sooner is a thing brought to sight than it is swept by and another takes its place, and this too will be swept away.”

As Chinese proverb has it,

Time is like a river — it flows by and doesn’t return.”

Pharoh is afraid of time.  He is unwilling to engage.  Like the poor chief baker, who was a passive observer of birds eating bread from the baskets on his head, Pharaoh also wants to be a passive observer.  He doesn’t want to dip his toes in the river of time — he’d rather stay on the bank of the river.