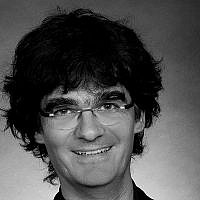 “This past summer, The Canadian Institute for the Study of Antisemitism (CISA) established the first scholarly journal dedicated to the millennial phenomenon of antisemitism – ‘Antisemitism Studies’.”

She presumably bases her judgment on a letter or message she got from Israeli historian Yehuda Bauer:

“As far as I know, there is no academic journal specifically devoted to studies on the subject of antisemitism, and it is therefore a very positive thing to have a journal published by such an important academic institution as Indiana University. With the increasing spread of this pathology in our world, Antisemitism Studies will no doubt fulfill a very important role in studying the subject.”

It is not at all true that The Canadian Institute for the Study of Antisemitism (CISA) established the “first scholarly journal” dedicated to the millennial “phenomenon of antisemitism” – “Antisemitism Studies”.

In fall 2009, the peer-reviewed Journal for the Study of Antisemitism (JSA) was launched by psychologist Steven K. Baum and lawyer Neal E. Rosenberg in the US. One day, I got a phone call from Steven Baum and was asked if I might be interested in joining the board, and I did, alongside with many scholars in the field, like Robert S. Wistrich (1945–2015), Dina Porat, Michael Berenbaum, or Pierre-André Taguieff. Chatterley was not among them. Since 2009, JSA has published seven volumes, including 10 published numbers of the journal. JSA was indeed a groundbreaking journal insofar as it was (probably) indeed the first of its kind.

However, to claim “her” journal is the first of its kind is simply not true.

What did Chatterley read in research in antisemitism in the last seven years, if not – among many other things, books, unpublished material, journals etc. – the Journal for the Study of Antisemitism (JSA)?

To make bad matters worse, Chatterley also ignores the fact that another journal was just launched in summer 2016: “Journal of Contemporary European Antisemitism (JCEA)”, published by Academic Studies Press in Boston, MA. I was approached by that publishing house and asked if I would like to become the Editor-in-Chief of that new, peer-reviewed journal. As director of the Berlin International Center for the Study of Antisemitism (BICSA), I agreed.

JCEA is internationally known already, as several platforms reported about the new journal.

JCEA does not say that it is the first and only scholarly journal of its kind, which it is not. We know about JSA and about “Antisemitism Studies” by Indiana University.

Furthermore, we have Moreshet. Journal for the Study of the Holocaust and Antisemitism, which “is published annually through the cooperative efforts of The Mordechai Anielevich Memorial, Holocaust Study and Research Center, in conjunction with the Stephen Roth Institute for the Study of Antisemitism and Racism at Tel Aviv University“. Then, we have the The Israel Journal of Foreign Affairs, dealing with antisemitism from time to time.

Other peer-reviewed journals also focus on antisemitism from time to time, including the Journal of Contemporary European Studies, East European Jewish Affairs, Journal of Contemporary Central and Eastern Europe, European Societies, History of European Ideas and Patterns of Prejudice, among others. The British journal Fathom is also dealing with antisemitism. And that is probably not a complete list. However, we have to keep in mind: the very first journal exclusively dedicated to the analysis of antisemitism was – to our knowledge – the Journal for the Study of Antisemitism (JSA), founded by Steven Baum and Neal E. Rosenberg in 2009.

The Journal of Contemporary European Antisemitism (JCEA), founded in summer 2016, has the following agenda:

Termed a “lethal obsession” and the “longest hatred” by historian Robert S. Wistrich, antisemitism is both genocidal and very malleable. In Europe, Jew-hatred developed, prospered, and eventually culminated in the unprecedented crimes of the Holocaust. Today, antisemitism appears mostly in three different forms: 1) “traditional” antisemitism, including anti-Judaism, blood libels, and conspiracy myths, among other tropes; 2) Holocaust denial or distortion, which has a particular meaning in Eastern Europe; and 3) hatred of Israel or anti-Zionist antisemitism.

These current manifestations of antisemitism motivate attacks and murderous events across Europe. Aggressive rallies, often tied to events in the Middle East, are increasingly common and often characterized by rampant antisemitic sentiments, many of which emanate from Islamists, but also from the far right and the far left. Increasingly, antisemitism is becoming part of the mainstream and cultural elites, too. Cosmopolitanism, universalism, or post-nationalism, very important factors in European political culture have a more ambivalent connotation when it comes to the Jewish state of Israel. Recent scholarship has even analyzed antisemitism deriving from parts of anti-racist communities.

The Journal of Contemporary European Antisemitism, the first of its kind, will cover all forms of antisemitism found in today’s Europe. We invite scholars from all relevant disciplines across the social sciences and humanities to send us their original research articles. Overseen by an international team of editors, this rigorously peer-reviewed journal hopes to become a forum where scholars from diverse political and intellectual backgrounds can analyze, debate, and formulate effective responses to the ever-evolving and insidious threat of Jew-hatred in Europe.“

“The first of its kind“ refers only to the term “European.” Perhaps there are (small or not so small) other journals in European antisemitism in Hungarian, Polish or French we are not aware of at this point? In any case, JCEA does of course not promote itself as the first and only scholarly journal in research in antisemitism, because that is not true.

To ignore some of these publications and to promote oneself as the one and only scholarly journal in research in antisemitism as Antisemitism Studies by Indiana University does, is not scholarly in nature.