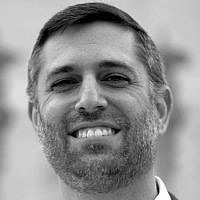 The Blogs
Ari Goldwag
Apply for a Blog
Advertisement
Please note that the posts on The Blogs are contributed by third parties. The opinions, facts and any media content in them are presented solely by the authors, and neither The Times of Israel nor its partners assume any responsibility for them. Please contact us in case of abuse. In case of abuse,
Report this post. 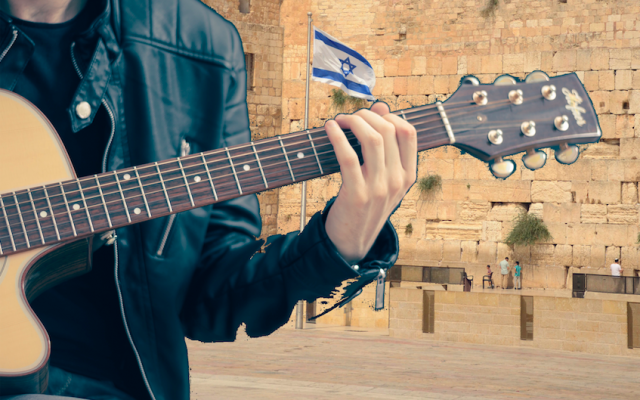 The music and the destination would become interwoven. (courtesy)

Somewhere around the age of 3 or 4, our class was asked by our preschool teacher where we would go if we could go anywhere in the world. Most of the children answered “Florida” or “Disneyland.” My answer was “Israel.”

Not long before, in 1981, my parents had made a nine-month trip to Israel, and we had lived in an absorption center where I went to gan (daycare) with other children of new olim. We returned to New York, where I lived for two decades, but the seed my parents planted would later bear fruit when I and two of my siblings returned to the treasured destination.

Being back in New York meant that I could join the popular “Miami Boys Choir,” which is based there, and with whom I would perform as a soloist from 1988 through 1994. 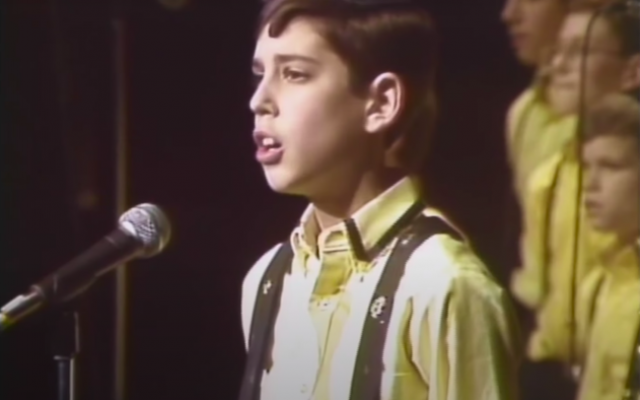 I would also start composing and recording music during that period, creating songs that were typical of the Miami genre of the time, with lyrics from sources like the siddur and Tehillim (Psalms). But this did not preclude creating songs with original English lyrics, with themes that still echoed my childhood dream, like the song “Heading Home” (which still remains to be published…)

In 2000, I told my parents I wanted to buy a one-way ticket for my trip to learn in Israel. This was already nearly three years post high school. I was not completely sure why they were surprised, but eventually, my parents would also follow us and make aliyah in the coming years, as they had inspired us to do.

While studying in the Mir Yeshiva in Jerusalem, I started making music in earnest. In the decade prior, I had always wanted to put out an album, but many factors prevented it. Living at Rechov Zonnenfeld 26, I teamed up with my apartment-mates to create the first official album I would release.

It was at the same time, in 2001, that I met my wife, Talia, a Seattle native, who was also raised with a love for Eretz Yisrael (the Land of Israel) and had taken a very similar journey as I did through the day school system and into the yeshiva world. She had listened to Miami Boys Choir in 12th grade, as she made a switch from secular to Jewish music, but had never noticed the name of the soloist on the cover who she would end up marrying. We flew to New York for our wedding and returned right away, and lived in Jerusalem for the first few years of our marriage.

Once married, I finally fulfilled the musical aspiration I had held onto since I started making music as a youngster — to put out an album. That album, “Ruach Uneshama,” was somewhat primitive by today’s standards, and most of the songs were composed by my apartment-mates. But the song on the album that burst out onto the Jewish music world was the song I had composed myself, “Kah Ribon,” which became a classic that endures to this day.

Clearly, my musical journey and my pilgrimage to the Holy Land were intertwined.

Ironically, the song would become a mainstay of Shabbos tables and Friday night davenings throughout the world, but less so in Israel itself, where the song is well known in Anglo circles, but is lesser known to Israelis.

Below, Kah Ribon, first in a playlist of three of my songs.

About the Author
Ari Goldwag is an American-Israeli artist who grew up in New York and currently resides in Beit Shemesh, Israel. His hit songs are popular across the globe, and include "Kah Ribon," "Am Echad," which has over 10 million views, as well as "Lo Nafsik Lirkod," amongst many others. He is also a prolific speaker on Torah topics and has produced a weekly parsha podcast for more than 15 years.
Related Topics
Related Posts