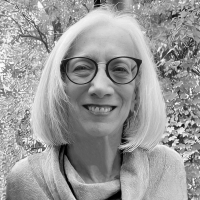 The Blogs
Andria Spindel
Apply for a Blog
Advertisement
Please note that the posts on The Blogs are contributed by third parties. The opinions, facts and any media content in them are presented solely by the authors, and neither The Times of Israel nor its partners assume any responsibility for them. Please contact us in case of abuse. In case of abuse,
Report this post.

In their Blog on December 28th, 2022, Canadians Joe Roberts and Michael Morgenthau condemned the new, democratically elected Israeli government and claimed to have done so on behalf of Canadian Jews. Clearly Roberts and Morgenthau don’t speak for the Canadian Jewish community, only for the small band of politically driven “progressive”, woke, leftists whose vicious bias against anything pro-Israel or “conservative” evokes catastrophic responses, tears of grief, a bottomless well of angst, and tireless vitriol about casualties to democracy. The only casualty is from today’s Left itself, that somehow cannot accept that intelligent, happy, educated Israelis are fed up with leftist failures and eager to democratically embrace solutions that provide security and stability, punishment for convicted terrorists, hope for the future with a vibrant free market economy, an end to the lie of “occupation,” and the quelling of Islamist antics within the government itself. There is NO threat to democracy in Israel simply because the majority favour a strong right of center government and do not disparage our own traditionally observant Jews. Freedom of religion should be sacrosanct but it seems the progressives want it in theory, but not in practice.

The statement that is most appalling from Roberts and Morgenthau is this: “…Netanyahu’s new government cobbles together a Who’s Who of Israel’s most prominent homophobes, settlers and racists.” Really, how perverse, that non-Israeli choose to defame a coalition which shares Jewish and democratic values, when the previous government included Islamists who do not even recognize the state of Israel’s right to exist, religious Islamists who of course do not support rights for Gays and Lesbians and have been known to execute them, and members of leftist movements that support illegal Arab colonial settlements funded by foreign governments for the sole purpose of discrediting Israel and undermining the Jewish people’s sovereign rights to their land, and even rights specified in the Oslo Accords. Those Accords have never been adhered to by one of the signing parties, the Palestinian Authority.

Where is the JSpace outrage when terrorists murder innocent Israelis, prompted by incitement from President Mahmoud Abbas, and where are they and other leftist critics when jailed murderers gain a lifetime salary for murdering a Jewish child? And where is JSpace when Abbas and his colleagues deny that not many died in the Holocaust, and utterly reject and forbid the teaching of the Holocaust to Arab children, and have maps in PA schools that eliminate any reference to the State of Israel. Are all of these “Progressive Zionists” speaking out when Jews are knifed, shot, rammed by cars, killed by stones to the head or just spit upon and threatened? Is the only crime they see, that of Jews defending themselves, demanding their rights, standing strong against a criminal force that promotes the fallacious claim of being “resisters?” Resisting what? The knowledge that the democratic State of Israel exists?

The Canadian Antisemitism Education Foundation (“CAEF”) strives to counter the hateful lies promoted by JSpace and their ilk about Israel and misinformation about the history and the inalienable rights of the Jewish people, which provide rich fertilizer for antisemitism in Canada and beyond. It is very sad that CAEF has to write this response about JSpace, but when a group publishes inaccurate screeds that foment antisemitism, then it is necessary to confront it. No doubt, CAEF’s response will paint a target on its back from those progressive organizations and  the media which cannot wait to pen another anti-Israel missive that encourages antisemitism, but CAEF would not be fulfilling its mission if it did not oppose misrepresentation of Israel and the opinions of Canadian Jewry.

The authors  quote Shimon Fogel, CEO of the Centre for Israel and Jewish Affairs, and twist his words. They accuse Fogel of “gaslighting” but it is the opposite. Taking a wait and see approach to the new government is common sense. Calling for fire trucks when there is no fire, in anticipation that there will be one, is ludicrous. Roberts and Morgenthau seem to want to light the match. They cannot claim an attack on Canadian values and then not name them, and it is truly antisemitic to urge that Canadian government officials not meet with Israel’s newly elected Members of the Knesset. This is exactly what the Jew haters want. JSpace is well suited as it creates a space for antisemitism to flourish in Canada by enabling and abetting such euphemistically named groups  as Canadians for Justice and Peace in the Middle East, Independent Jewish Voices, and other supposedly pro-Palestinian entities,  claiming their irredentist natures are social justice characteristics. These groups and others call Israel by outrageous terms and spread lies, such as calling Israel an apartheid state, an occupier and a colonial enterprise. Add to that, the Jewish progressives’ outlandish statement that “this government is dangerous,” and then ask, with friends like this, who needs enemies? The Hellenists are in the house, and the Maccabees are defending the fort.

About the Author
Andria held the position of President and CEO of March of Dimes Canada, one of Canada's largest charitable organizations for over 38 years. She retired at the end of 2018 and in 2019 became Executive Director of CAEF, a volunteer position. In the former role, she was instrumental in advancing human rights and accessibility legislation and programs for people with disabilities. CAEF, a charitable NGO, was incorporated in 2004 and has been alerting the Jewish community to rising antisemitism over these many years. CAEF offers information about all aspects of antisemitism, especially that masquerading as antiZionism. CAEF works on and building alliances with Jewish and non Jewish organizations, expanding internationally through webinars, newsletters and special projects, as well as powering End Jew Hatred Canada, the Jewish civil rights movement.