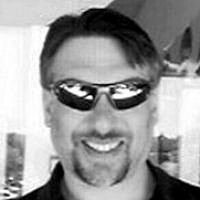 Juan Cole of “Ahmadinejhad really didn’t say he wanted to wipe Israel off the map” fame is at it once again. When it comes to Israel, Cole spends so much time twisting himself and distorting positions that it seems that the man would have to screw his pants on (h/t to Hunter S. Thompson) to get dressed in the morning. On his page “Informed Comment” (a misnomer if there ever was one) Cole writes: John Kerry admits Israeli Apartheid; and 5 Ways he is Understating It. In this article Cole gives us an fact free screed as to how Israel is an “Apartheid State” beginning with his inaccurate headline.

Where to start? Well let’s look at the Headline “Kerry admits Israeli Apartheid”. First of all that is NOT what Secretary Kerry did. What Kerry did do was say that were there to be a “One State Solution” there COULD be Apartheid (by the way, a term / position that runs directly contrary to terminology used by President Obama).

“A two-state solution will be clearly underscored as the only real alternative,”…. Because a unitary state winds up either being an apartheid state with second-class citizens—or it ends up being a state that destroys the capacity of Israel to be a Jewish state. Once you put that frame in your mind, that reality, which is the bottom line, you understand how imperative it is to get to the two-state solution, which both leaders, even yesterday, said they remain deeply committed to.”

Unless one has the reading comprehension of a small child, it is clear that Secretary Kerry is saying that should there be One State solution (which there is not); Israel would run the risk of becoming an Apartheid type state. What he did not say was “Israel is an Apartheid State”. So, from the very headline this article fails.

From here it simply gets more ridiculous. The entire premise of the article states that there is already a One State solution in place and that Palestinians in the West Bank and Gaza are in fact Israeli Citizens who are treated as “second class citizens”. NOW, if Israel did annex the West Bank and Gaza and did not offer the right of franchise amongst other civil rights to all of its citizens one could make that argument but the Israelis have not done this. AND even if they wanted to ignore all of the security concerns and everything else exactly to whom would they be handing this land over too (but never mind that I guess)? So with that the entire analogy of conflating Israel to South Africa fails miserably.

Cole’s first argument is that Israel is creating “Bantustans” in the West Bank and Gaza (just like South Africa):

“South Africa created Bantustans as a way of denaturalizing Blacks, ensuring that they could not vote for the national government and were assigned citizenship only in their weak Bantustan.”

First of all Gaza is and always has been a separate district from the founding of Israel forward. It has been occupied by the Egyptians and by the Israelis and both nations no longer occupy it. It was not part of the original State of Israel but it has always been a hostile territory to Israel.  Moreover, Gaza is not under military rule of Israel. It is under military blockade (and rightfully so considering the regular attacks that are continually launched from Gaza) but, the streets there are not patrolled by Israeli troops and the Haniyeh Government does not answer to the Israelis. It was not a piece of land that was carved out of Israel by the Israelis and handed to the Gazans in the same way the Whites in South Africa carved out states for Blacks.

Second of all, The West Bank is the same situation. It is not and was not originally part of Israel or at least the Partition Plan that the U.N. used to establish Palestinian and Jewish homelands. The Israelis have installed a series of checkpoints in the West Bank and Israeli soldiers do patrol the area but given the security climate, that is understandable. I know in Cole’s world that Jews and Israelis are not allowed to defend themselves but here in reality we are and we do. Still, as mentioned above, the “Bantustans” (which don’t in reality – there’s that word again, exist) are not land carved out of a national territory that had already existed. The checkpoints exist due to security concerns. Last I or any checked a nation is certainly not obligated to allow people to attack it.

Cole’s second argument like his first once again falls flat when he argues:

South Africa instituted a “pass” system to control the movement of Blacks.

“Israel instituted a “permit” system to control the movement of Palestinians.”

Now wait… I didn’t realize that Palestinians who were citizens of Israel needed permits to move around inside of Israel. They don’t? Well golly…. Of course the Palestinians living in the Occupied Territories are not citizens of Israel, they don’t recognize Israel’s right to exist, and there have been a number of terror strikes against Israel originating from the Territories, is it any wonder why the Israelis would want security in these areas. Now in order to be analogous to South Africa, Israel would have to have those same checkpoints in place throughout its territory and only Israeli – Arabs would have to be subject to that as Blacks were in South Africa. However, that is simply not the case. So yet again Cole’s fact free article remains true to form.

Cole’s next argument again relies on fiction to try to make a comparison:

“In Apartheid South Africa, 80% of the land was set aside for white settlers.

Israel itself was ethnically cleansed of 750,000 Palestinians in 1948, and was designated “Jewish,” such that the expelled Palestinians (now millions strong) were denied the right to return to their homes.”

Now… for a second let’s remember that history actually exists and it is not some made up story as Cole wishes it was.

First of all, according to the U.N. Partition plan Israel was to be 17.5% of the Original Partition. Of that land:

Not even of the 17.5% of the original Mandate was there any land set aside for “Jews only”. But the weak comparison to South Africa is not the most egregious part of this statement.  The most egregious part of this is the claim that 750,000 (and now millions of) Palestinians were “ethnically cleansed”. First of all the “millions” claim is based on a unique count that the U.N. assigns only to Palestinian refugees. No other refugees in the world can share this status. Not the almost 900,000 Jewish refugees from the Arab countries that came to Israel or any other refugees that exist in the world. Just the Palestinians get to do this.

Second of all, even according to Benny Morris’ book 1948 (considered one of the foremost works on this issue); many refugees were not actually “cleansed”. There were instances of that and in cases where the villagers had peace treaties with Haganah forces but were still driven out; I do believe that those people should have a right to compensation for their losses. But in most cases, the civilian populations either left in flight of the war or left as a result of hostile action against the IDF. I understand why someone would leave a war zone but if one leaves a war that one’s side started, and one is either an active or sympathetic participant on the losing side then one pretty much loses their “right” to return. The Israelis of the Yishuv had no obligation to allow hostile forces who were sniping convoys from villages or actively working against them to return to those villages. Again, suicide is not something that Israel is obligated to do.

And again we see Cole really stretching the “Apartheid” comparison when he says:

“In Apartheid South Africa, Blacks from the Bantustans could not attend universities designated for whites”

Now none of this is meant to “whitewash” problems that Arab Students face when attending school in Israel. There certainly are problems with the system. But to compare it Apartheid South Africa is to diminish just how horrible real Apartheid was.

Finally Cole, ends up his embarrassingly fact free column with this:

Unlike South Africa where this was a system designed to keep Black and White South Africans from marrying this is not the case in Israel. The system (one, I think is awful) was designed so that only Orthodox Jews can have State licensed / performed marriages. It is a stupid law for the year 2014 but it is not designed to discriminate against Palestinians. For instance, I cannot get married in Israel because my wife is not Jewish. I would have had to go to Cyprus or Europe or the U.S. for a civil marriage. The system sucks (pardon my language) but it is not a “racist” system, it is just very much behind the times.

As for Palestinians marrying someone from the Territories, the Israeli position while sad is understandable given the fact that again Israel is under no obligation to grant citizenship or residency to anyone that is not a citizen. Can Israelis marry someone from the territories and bring them to Israel? Nope. Is that objectively fair? No. Is it Apartheid? Not by a long shot.

In the end, Cole’s farce of an article should be satire. Sadly it is not. To compare Israel to South Africa is a joke. In South Africa Whites were 12% of that nation’s population. In Israel Jews are 77% of the population. Blacks as a population were completely disenfranchised. Arab-Israelis are not. Blacks were segregated in every sector of society. Israeli-Arabs are not. Israel is the ancestral homeland of the Jewish people. I am pretty sure that South Africa is NOT the ancestral homeland of the Dutch or British White people.

One can agree with the point being made by John Kerry or not. I happen to think Kerry chose an unfortunate word “Apartheid” to make his point. I think his concern is valid but even with a One State solution; one would still be fairly far away from accurately using the term Apartheid and having that term mean anything.