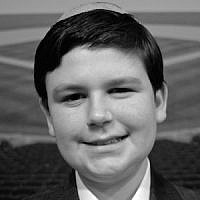 The Blogs
Max Mannis
Apply for a Blog
Advertisement
Please note that the posts on The Blogs are contributed by third parties. The opinions, facts and any media content in them are presented solely by the authors, and neither The Times of Israel nor its partners assume any responsibility for them. Please contact us in case of abuse. In case of abuse,
Report this post.

​One favorite pastime of many Jews is a love of sport. Whether you enjoy watching the final seconds of a nail-biting basketball game, love the intense final innings of a critical baseball game, or are a fan of watching tennis players battle intensely in a crucial match, there is nothing quite like sports. However, as often happens between things we are passionate about, sometimes there is a conflict between sports and Judaism. One famous example of this is the well-known story of the time when Dodgers Jewish ace Sandy Koufax opted not to pitch in game one of  World Series because that day also happened to be Yom Kippur. Koufax balanced his two passions of baseball and Judaism, and decided that the one that was more important to him was Judaism. Many people have said that this moment was the moment that made them proudest to be a Jew- even more than their Bar or Bat Mitzvah. Koufax influenced so many people through this one action, and this is probably the defining moment of Koufax’s illustrious career.

​Similarly to Koufax, we fans also have to make decisions that balance Judaism and sports. One way that I used to balance these was with an item called a Scorecast, which is unfortunately no longer being sold. This was an item that was essentially a portable scoreboard. It showed you the score of a select game and showed you how many runs each team had scored per inning. Also, it would show you either the division standings of the team you had selected or the team’s upcoming schedule, including the starting pitchers for those games. I would frequently check MLB (Major League Baseball) scores over Shabbat and Yom Tov. However, I was unfortunately left to go cold turkey when the Scorecast shut down.

​There are many different solutions to balancing these two passions. Some people believe that if a television or radio is left on in a place and you happen to come by it, it is acceptable to listen for a few seconds to what is going on in that sport. However, some people are against this. Many of us are guilty of being tempted to peek into a sports bar for 15 seconds to quickly see what the score of the game we need to know is. Others among us take the old-fashioned approach of reading the newspaper the next morning and just living with the fact that for that night, we will not know what the score of our game is.

​Sometimes, Jews find that an opportunity related to sports is too good to pass up. For example, earlier this year in the Australian Open, an Israeli tennis player named Dudi Sela was set to face Rafael Nadal. The conflict? This occurred on a Friday night. I can only imagine how angry Australian Jewish tennis fans were at the Australian Open for scheduling this event on a Friday night. While many Jews decided that it was just too bad and they would not be able to watch the match, some Jews likely decided that this event was too important, and that G-d would forgive them if they broke the laws of Shabbat just once in order to see the match. This shows us that people can balance these two loves in many different ways.

​I hope that from reading this, I have changed your perspective on ways to find a middle ground between these two loves. Doing so can be difficult, and sometimes the middle ground found can be more one-sided. For example, a player on the Harvard basketball team was raised observant and would walk to games and practices as a kid. However, when he joined the Harvard team, games were no longer within walking distance. The player was forced to choose between basketball and Judaism. He decided that he would take transportation to games even on Shabbat, but would do things like read on the bus rather than using his phone or writing. In conclusion, many people have found different ways to balance these two things of importance.

About the Author
Max Mannis is a 13 year old Special Correspondent for SABR (Society for American Baseball Research) and Sports Illustrated for Kids. He attends conferences and interviews athletes, writers, broadcasters and more for his Sports Illustrated Kids blog. He lives in New York City. He is in the eighth grade at the Abraham Joshua Heschel School.
Comments