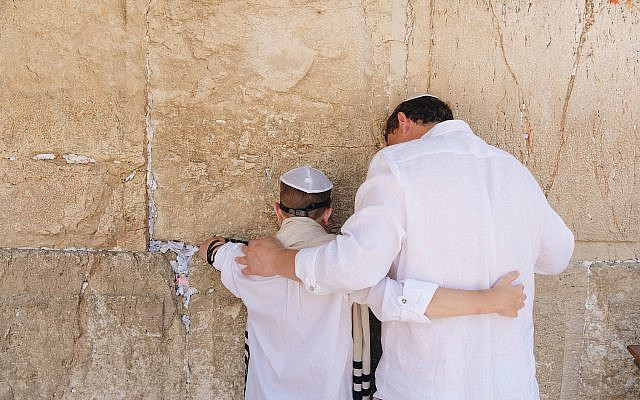 Reading some of the angry responses to “My Unorthodox Life,” I was questioning whether to join the cacophony of criticism. But without even getting into all the misrepresentations and negative portrayal of religious Jewish life, my biggest issue with the Netflix series is painting Judaism as a religion worthy of abandonment.  As an outreach rabbi for the last 25 years my experience has literally been the opposite.  I have been privileged to see thousands of young men and woman chose to opt into Judaism. Individuals who despite their lack of Jewish education or background, have found the beauty and depth of religious Jewish life and chosen to adopt it as their own.  Indeed, the orthodox community includes significant numbers of Jewish men and women who, although not raised in observance, fell in love with a life of Torah and mitzvot. If religious life was that oppressive and sexist, it’s hard to imagine why so many men and women would choose to make it their own.

This is not to say that that there aren’t real issues and problems in the orthodox community.  For some, religious life is presented in the worst possible way and even when presented positively, some simply do not find the meaning and depth for themselves. I remember a few years ago, at my Shabbat table sat a young man, one of my students from MJE who hailed from a Jewish but not religiously observant family and was beginning a spiritual journey. He was seated across from a young woman from a Hasidic home who had issues with her religious upbringing and who we were trying to help find her place in the community.  With his eyes closed, the young man started singing a niggun – a beautiful Hasidic melody he had just learned.  The woman recognized the tune from her childhood and asked him: “why would you sing that?” to which the man answered: “it’s just so beautiful. I could sing that tune for hours”.  For one, the tune was a positive spiritual moment and for the other a painful reminder of her bitter childhood experiences.

Both experiences were real and that is precisely my point.  I’m all for sharing the truth but share both sides. The Jewish community needs to produce a new Netflix series called “My Observant Life” so viewers can also see the many young men and women who – with all the options of life before them – choose a life of Torah and mitzvot and in doing so find great joy, happiness and beauty.

About the Author
Rabbi Mark Wildes, known as The Urban Millennials' Rabbi, founded Manhattan Jewish Experience (MJE) in 1998. Since then, he has become one of America’s most inspirational and dynamic Jewish educators. Rabbi Wildes holds a BA in Psychology from Yeshiva University, a JD from the Cardozo School of Law, a Masters in International Affairs from Columbia University and was ordained from Yeshiva University. Rabbi Mark & his wife Jill and their children Yosef, Ezra, Judah and Avigayil live on the Upper West Side where they maintain a warm and welcoming home for all.
Related Topics
Related Posts
Comments
Advertisement