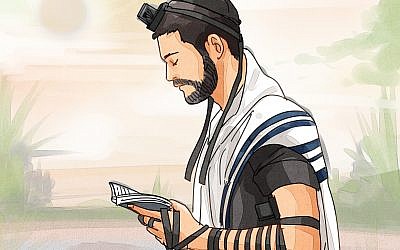 A remarkable D’var Torah presentation by UK Chief Rabbi Mirvis at
https://chiefrabbi.org/all-media/dvar-torah-parashat-bo-3/
“In our history we have placed so much prominence on the importance of learning, knowledge, studying and educating. Our chesed and our compassion must equally find importance of place in our lives.

And then there is a second great message that the Tefillin conveys to me every single weekday morning. It is the fact that the Tefilin Shel Rosh sits on the seat of thought and intention while the Tefillin Shel Yad represents action. And here we recognise that it is not only important what I think about or what I intend to do, but far more important, is what I actually achieve.
There are many who are proud to be Orthodox but I actually think there is a far more significant term than Orthodoxy. ‘Orthodox’ comes from the Greek, ‘Orthodoxos’ – meaning thinking correctly. ‘Orthoprax’ means doing what is right. And surely that is one step beyond Orthodoxy. In addition to the Tefillin Shel Rosh, which represents what we think, we must also wear that Tefillin Shel Yad with pride, to translate our intentions into meaningful and effective action.”

(For those who are not familiar with the word Tefillin: Tefillin are a set of small black leather boxes containing scrolls of parchment inscribed with verses from the Torah. In the Traditional Orthodox Judaism, Tefillin are worn by observant adult males during weekday morning prayers. The arm-tefillah, or shel yad, is placed on the upper arm, while the head-tefillah or shel rosh, is placed above the forehead.)

What Rabbi Mirvis underscored is what Intellectual Judaism is advocating for many years at http://www.intellectualjudaismjewishidentityincontemporaryjudeochristian.world/
Indeed, this advocacy comes down to the thinking correctly and the effective action.

The thinking, correctly or incorrectly, is a prerogative of an individual – any collective such as a tribe, a community, or a nation cannot think. The Torah says God creates individuals – not communities, and God creates an individual in His image and likeness that is a thinking individual – thinking in the “image and likeness of God’s thinking.” And what is this “thinking image?” It is to put together an individual effective creative action in the image of God the Creator – to continue the God’s creative work along the lines of His laws of nature and morality (the scientists call it the evolution).

This individual effective action includes personal activities for building a better world for everybody together with everybody (first with the Christians) along the lines of the Torah guidance and Jewish mission of the Chosen. It should be done with no spiritual wall between the Jews and the Christians but with the clear understanding of the unique Jewish mission of the Chosen aimed at helping to transform the world from many pagan-type moralities to the Torah/Bible-guided morality. And it should be done in all areas of personal involvement – family, community, social circles, political affiliations, workplaces, business and science, etc.