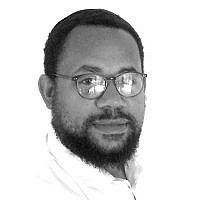 People refer to our generation as directionless, pleasure-seeking and yoke breaking. In jest, some may connect our generation with the statement in the book of Judges which implies a lack of accountability.

“In those days, there was no king in Israel and everyone did what was right in his eyes (Judges 21:25)”.

However, this sentiment is based on the premise that Monarchy, fear, and intimidation was needed.  But in truth, even in days of judges the reverse was true. The people needed true leadership and true leadership back then was called “Shoftim” -Judges!

Do we really think that everybody in Isreal lacked a sense of accountability until they had had a king? An honest glance through Jewish history will tell you the children of Isreal had highs and lows with a king and without a king. While it is true that difficulties may have occurred from a lack of leadership. But one may venture to say that more problems arose for children of Isreal with the advent of kings. Idolatry and other transgressions were always problematic post and pre Israelite monarchy. Kingship, however, seemed to seal the fate on national levels. Consider the split of Israel and Yehuda which brought on the sad event of tribes being exiled and ultimately lost until the messianic era.

The Abravanel, a fearless Judge in his commentaries on the Bible, is probably the only commentator who looks at the issue of kingship in Isreal from all sides. He explained that kingship was never needed in Israel. Shoftim and Neviim were actually what Hashem had in mind. As we mentioned before, kings (besides those like King David) made things much much more difficult for the children of Israel. The fact that King David was a breath of fresh air, says the Abravanel.  Because of this, God was pleased with him as a good example for future kings.  But we asked for Kings, and Moses warned us that we one day would. That’s the simple meaning of why God was angry with the Jewish people for asking a king and why they never had a king until then.

Primarily, the book of judges describes a time when people followed what they knew was right in the eyes of Hashem as taught by Moshe Rabbenu and subsequent leaders of the Jewish people. Precisely because of this natural and simplistic beauty of Judaism, the almighty was upset when the Jewish people asked for a king;

“But when they said, “Give us a king to lead us,” this displeased Samuel; so he prayed to the Lord. And the Lord told him: “Listen to all that the people are saying to you; it is not you they have rejected, but they have rejected me as their king. As they have done from the day I brought them up out of Egypt until this day, forsaking me and serving other gods, so they are doing to you (Samuel 1:8)”.

What did they need and what were they lacking? fear, monarchy, intimidation? None of the above. They simply needed another Samuel, another Judge;

“Then all the elders of Israel gathered together and came to Samuel at Ramah, and said to him, “Look, you are old, and your sons do not walk in your ways. Now make us a king to judge us like all the nations (Samuel:4-20)”.

The Talmud explains that “Yiftach the Judge, in his generation, is like Samuel in his generation”(Rosh Hashana. 25b). This statement shows the status of a judge. It was leadership like that of Shmuel.

In fact years earlier, Gideon was offered the throne over Israel. He refused it saying, “I will not rule over you, nor shall my son rule over you; the Lord shall rule over you (Judges 8:23)”. This was why Israel went some 400 years in the Promised Land without a king. It was actually a good thing! There were no claims of Kingship in Judaism. All that was needed was compliance with the God.

Now coming back to our times, Rabbi Steinsaltz in a recent article titled “Who will be our rabbis?” posed the question of who is worthy of being a “head” for the People of Israel? Rabbi Steinsaltz gave the impression in the article that he was asking about a Rosh of Israel similar to that which is explained in the Chasidic work called the Tanya. Rabbi Nathan Cardozo in his article “In Search of a New “Posek haDor” also pondered the same question.

One may venture to say that any true Torah thinker can’t help but to wonder the same question; Where are our leaders today?  But I think we should be asking a better question. Let’s ask; how do we produce, rear, or create leaders? I believe the answer to this is contained in the pre-monarchical period which produced a certain type of leader; judges! The ability to lead is deeply embedded in the ability to judge properly, as we see many times in the Torah regarding the Mitzvah of being a righteous judge.

“You must not accept a bribe, for a bribe blinds those who see and subverts the words of the righteous (Exodus 23:8). True leaders, encourage people to think and judge for themselves according to principals that are based on the Torah.

Perhaps this is the secret of leadership. To promote a type of thinking which holds no man higher than the law and the ability to lead others irrespective of family name, place, sect and denomination. True leadership forms in a time and place where people can judge things for themselves according to the Torah in an unbiased way and earn people’s trust without coercion. We need to look for those who encourage us to learn Torah and serve the Almighty irrespective of name, sect, or financial gain. That is how we rear true leaders and that is how true leadership is born.

Rabbi Baruch Kosover in the introduction to his great work “Amud Avodah” put it right when he said; “don’t judge me wrong since I am not as famous as others. Sometimes a pearl is found in the pocket of a pauper, and words of truth should be recognized on their own merit. But because of our many sins, wise men in our times will not listen to truth in the Torah as they are are only looking for status.”(Amud Avodah). The true leader will be fearless, not because he is bold and arrogant, but because he pledges allegiance to no man except God.