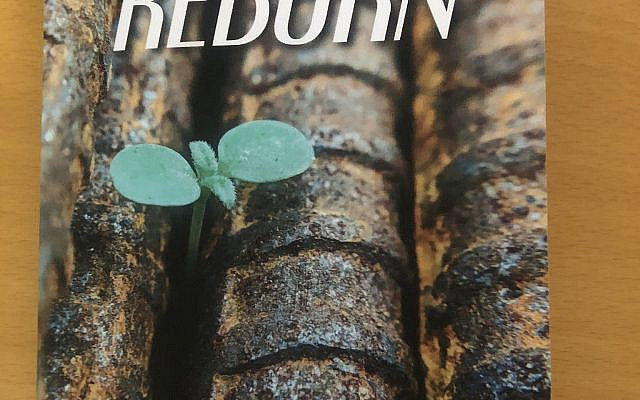 The photo of American soldiers in front of the newly-liberated Eiffel Tower in the summer of 1944 forms the frontispiece of this book, setting the scene for what is to follow.

Dr. Julius Matthias, the chief protagonist of Michelle Mazel’s previous book, has managed by the skin of his teeth to escape deportation by the Nazis from his hometown in Transylvania. His wife, who had refused his entreaties to leave the town together with him, was shot and killed by the invaders during the round-up of the Jews of the town. Many years before that Matthias had sent his grown-up children to France to study, and so, left on his own, he manages for many months to make his way on foot through the fields and forests of Europe, eventually reaching Geneva, where he has friends and a bank account.

Switzerland, relatively untouched by the war that has ravaged most of Europe, and is still being waged in parts of it, presents a stark contrast to the privations and dangers he has left behind. After a period of recuperation and restoration, during which he learns that his erstwhile mistress has died, leaving him a wealthy man, he decides to travel to Paris, hoping to meet up again with his children, from whom he has not heard for several years.

He resolves to make the journey by car, and at the last minute is persuaded by his friends and hosts to allow a young woman of their acquaintance to accompany him. On the way they encounter some Nazi soldiers who have been separated from their unit but still constitute a threat, and it is only the quick thinking and crack shot of his unknown companion that saves Dr. Matthias’ life. His companion does not give him much information about her past, but they soon establish a close relationship, so that when they reach Paris she is invited to stay with him in the spacious apartment of his friends there.

The rest of the book concerns Matthias’ efforts to trace his children, and especially his eldest daughter, Elisabeth, who had studied medicine in Paris and even worked there but of whom no trace could be found. France is gradually returning to normal after five years of German occupation during which to be a Jew meant to be subject to constant danger of arrest and deportation. How people, whether Jew or Gentile, managed to survive was partly a matter of luck, keeping a low profile, managing to live on the meager rations that were allocated, or profiting from the black market. Every individual Matthias encounters in his attempt to find his children has a story to tell, ranging from the elderly Jewish couple who are his generaous hosts in Paris to the Polish-Russian forgers who fabricate false documents as required, and the farmers in the village where he finds the young grandson of whose existence he had been unaware. Membership in the Resistance seems to have been all-pervasive – at least wmong those who had survived.

Meanwhile, Matthias and his travelling-companion, whom he now knows as Lily, have become lovers, and they begin to make plans for their future together. Matthias’ older sister, Anni, travels from America, where she has been living for many years, and helps him in his quest to find his children. Since this search is the crux of the novel, I won’t give the ending away by disclosing what ensues, but suffice it to say that the novel does an excellent job of describing the desolation and damage caused by the war that uprooted, exiled and murdered millions of people, severing bonds of friendship and family, causing untold misery and leaving behind a trail of broken lives.

Nevertheless, the book ends on a note of optimism, as lives are rebuilt and the hope of the establishment of a country where Jews might live in peace begins to emerge.