The hour had arrived at High Noon and the guests, the organization’s founders, the speakers, and the Knesset members took their seats. July 9, 2018 – the 26th day of Tammuz, 5778 would become the birthday of a new Zionist social revolution as Keep Olim would be formally recognized by the Israeli Knesset. What began as a Facebook post three years earlier by a disgruntled oleh – an immigrant to Israel – Liami Lawrence, harnessed the pain, suffering, loneliness, struggles and many times the utter despair of thousands upon thousands of olim. With his cofounder, and under the guidance of Tzivka Graiver, both channeled a feeling of hopelessness into a non-political lobby of 41,000 united voices demanding to be heard, appreciated and respected. The old days of each oleh struggling on his/her own were over and gone!

Lay before my eyes was history in the making as MK Ksenia Svetlova, officially presided over the proceedings. As I scanned the room I could see and feel the centuries of Jewish hope and longing to return home. In the majestic chambers of the democratic Jewish State was the round table surrounded by a diverse group of Jews. The roundtable of cultures was symbolic of both the unity and equality of every Jewish soul that yearned to return home. At the round table sat black Jews, Asian Jews, Anglo-Jews, secular Jews, Ultra-religious Jews, Sephardic Jews, Ashkenazi Jews, Russian Jews, Iraqi Jews, Moroccan Jews and so many others from different lands.

All had brought their Jewishness, Judaism, and their particular culture and language to the eternal Jewish home, fulfilling the ancient prophecy of the Ingathering of the Exiles. Each representative sat at the roundtable – all equal – all aflame with a love for their eternal homeland – all brothers and sisters – all olim – all Jews who had left their homes in the exile to make a new home in their Dream Home.

In front of my mind’s eye, I could see the insurmountable odds my great grandparents overcame in the 1870s leaving Russia and Romania to resettle in Jerusalem. It was juxtaposed with the struggles of the present-day olim and my own recent return after being decades in the exile. And as the feelings of wonderment, joy, humility, awe, and gratefulness to G-d were infusing and running through my very being I suddenly realized I was witnessing a new day, a new expression, a new Zionism sprout up before me. A Zionism I call OLIM ZIONISM.

So many branches of Zionism have emerged in the last one hundred years: Labor, Revisionist, Cultural, Religious, Green, etc. But here is a new Zionism that speaks to the core of Zionism – the Oleh. The oleh is that man, woman, or child who has the courage to leave the comforts of home and resettle oneself in their Eternal homeland either as an individual or within a family or group. Yet of all three categories, it is the individual oleh that has struggled and struggles the most to fulfill his/her dream, a dream which without community support can turn into a nightmare.

And yet nearly for 100 hundred years the tree truck of Zionism – the Oleh – was many a time set aside or was assigned to serve one of the above mentioned ideologies and/or to submerge his cultural identity for the new emerging Israeli identity at the expense of the Oleh, forcing to leave his/her previous self at the customs gate when acquiring the teudat zehut – the identity card.

Yes. It can be understood why the Oleh was treated as such in the early years of the State. The Nation State had to be built, there was no time to focus on the particular needs of an individual or even those of families. The Oleh in many instances became victim to the making of the “New Jew” . The Jew who had to remove all connection to his exiled past. The Jew that would only speak Hebrew and lock up his mama loshon – his mother tongue – in a box of fading memories. The Jew that would have to become an Israeli at the expense of losing his native culture.

And as I witnessed the two-hour event I beheld that the seeds of unity among Jews in a unique manner had occurred. It was not a 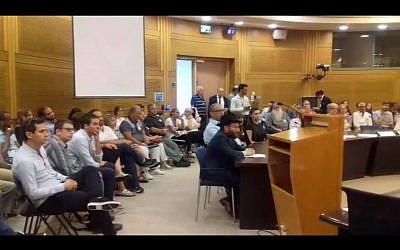 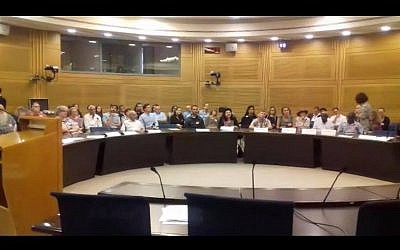 top-down forcing of olim to become united as Israelis, through a system of social acclimation designed 70 years ago to unite Jews of different backgrounds through serving in the army and thus bring down cultural differences. Rather Keep Olim has managed to unite Jews of various backgrounds from the bottom up. In other words, the olim decided by themselves to unite and support each other on all the issues that is needed by every oleh: friendship, community, Jewish awareness, knowledge in overcoming the bureaucracy, and the mental health needed to over come the great challenges that face each immigrant while keeping their particular identities as they learn to become Israeli.

Yesterday the Olim of Israel stood up and proclaimed in one loud and clear voice, “Israel was created by Olim for Olim to promote Olim and the majority of the Jewish Israeli population must never forget they are descended from Olim.”

Olim Zionism has many commonalities with Palmach Zionism, the Zionism that united 2,200 Jewish Youth in 1948 under the banner of Po Lo Maznichim Chaver – Here We Do Not Abandon A Friend, who gave life and limb to bring the Jewish State into a reality when fighting against 7 Arab invading nations.

If maintained and developed, as I know it will, by its dedicated leaders, Keep Olim will energize the Jewish Dream to Return Home with Olim Zionism by continuing to provide programs for “No Oleh Alone”, Shabbat and Holiday hosting, business training, mental health programs, and other social programs along with legislative inroads as the rights and dignity of the Olim are recognized. It was Keep Olim that battled the egregious conversion foreign driver license law. For years an oleh had to sometimes spend thousands of shekels and much time to convert a foreign license to Israeli.
Keep Olim had the law changed whereby an oleh with a foreign license valid for five years can immediately convert it to Israeli.

Who would ever imagine that Olim Zionism, a Zionist, social movement that reaches out to every oleh on a personal level would have begun from a post on Facebook? And who would ever imagine that three years later that such distinguished speakers such as Tzipi Livni, Hilik Bar, Dr. Avraham Nagose, Pnina Tamano Shata, Ayelet Nahmias Verbin and Merav Michaeli would have attended, each speaking of their deep feelings for olim and the oleh process.

Congratulations to Keep Olim, its founders, team, and all 41,000 and growing members that have made Olim Zionism a reality.

Keep Olim and the Knesset also recognized the contributions of outstanding olim.

In the sphere of the struggle for women’s rights, Nikolaichuk Liza, the director of the center for assistance to victims of violence and sexual violence in the Negev

In the field of activities for the historical memory and the rights of Veterans II of the world war,Ephraim Papernyj, President of the Israeli Union of warriors

In the field of civil society and social activity – the headquarters of the liberation of the Hamas-kidnapped citizen of Israel, Oveur Mangista

In the sphere of art artist and sculptures, Zoya čerkasski-Nnadi

In the field of support and assistance to single soldiers, Mihail Wiener

In the sphere of media, journalism and aktualii – Editor-in-Chief of the 9 Channel and host of the “War and Peace” program, as well as the staff

In the field of sports achievements – the football (soccer)l team of returnees “Inter”, Tel Aviv

In the sphere of preservation of the cultural heritage, Zahava Bracha, the head of the facebook group ” restoring the Jewish language of Iraq

In the theatre sphere – actress and director scene, Keren. 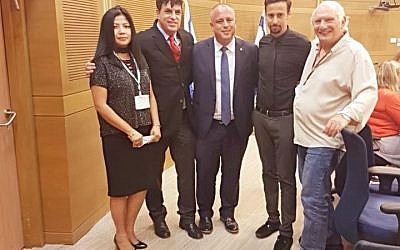 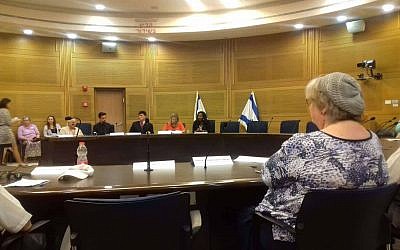 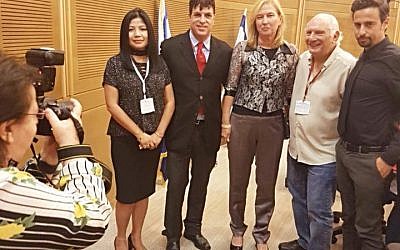 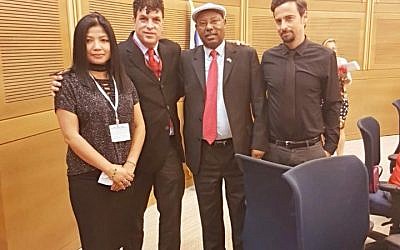