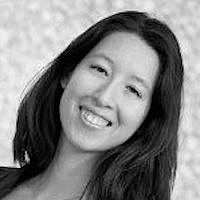 The Blogs
Yael Kochman
Apply for a Blog
Advertisement
Please note that the posts on The Blogs are contributed by third parties. The opinions, facts and any media content in them are presented solely by the authors, and neither The Times of Israel nor its partners assume any responsibility for them. Please contact us in case of abuse. In case of abuse,
Report this post.

This post in a non-political and un-judgmental one. I don’t wish to publicly state my opinion on what is going on or place blame on any “side”. I just want to describe to you what the past 2 weeks felt like for me as a mother and an entrepreneur here in Israel.

Let’s start with Monday last week. I had a long day full of meetings, and in the evening I was invited to speak at the Mashable Social Media Day. The event ended around 9pm and that was when I first learned about the finding of the bodies of 3 young boys, taken away and murdered by our neighbors. I almost burst in tears on the spot, but then my phone rang and it was my son on the other side, telling me he loves me and asking when am I coming home.

So I remembered how lucky I am, pulled myself together and rushed home. Couldn’t stop thinking about these kids’ parents ever since.

It was meant to be an exciting week at work. We just signed a deal with a major client to go into pilot, but the deadline for starting the pilot got pushed forward due to people from our side going to Miluim, as well as the other side, a news company, obviously needing to deal with other issues.

Then we started having sirens in Tel-Aviv area as well. Nothing serious so far, only 2-3 times a day, but still – not the most normal way to go through your day. After experiencing a close meetup with rockets while serving as an officer in the Army during the secong Lebanon war, I don’t get too excited especially as we have the Iron Domb to protect us.

My kids, on the other hand, are experiencing this differently. For Eitan, my 3 yrs old, this whole thing is really confusing, and he has many questions that I find somewhat hard to answer. Yesterday morning as we were hiding in the Mamad he asked me:

Mom why do we need to go to the Mamad (security room)?

Why are there bombs?

Because people are sending them

Because they are angry

Why are they angry?

Well, what would you say to answer that? He is a 3 year old boy. He doesn’t yet know what air is, why does he need to learn what war is?

We went out of the mamad and I took my son to day care and went to work. 3 hours later, I am sitting in a meeting and the siren starts again. We leave the meeting to go to the staircase, and go back to continue after a few minutes – not before I check in with my son’s day care to make sure he is safe.

One of our interns at Roojoom decided to go back to the US, can’t blame her. The other ones seem to be much cooler than one would expect of them, considering it is the first time they are facing these sort of events. One of them even made a funny Roojoom about what people are actually doing in Tel-Aviv during the sirens…

So, that was my week in a nutshell. How was your week?

About the Author
Yael Kochman is an entrepreneur and professional marketer. She is the Head of Marketing at Roojoom - an Israeli startup developing a new media to increase reader engagement over the web. She is also a mother, an inbound marketing expert and a contributor to major publications such as SteamFeed, Fast Company and Business 2 Community, and the Co-Founder of Fash & Tech Israel.
Comments