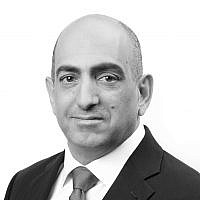 The Blogs
David Sharan
Apply for a Blog
Advertisement
Please note that the posts on The Blogs are contributed by third parties. The opinions, facts and any media content in them are presented solely by the authors, and neither The Times of Israel nor its partners assume any responsibility for them. Please contact us in case of abuse. In case of abuse,
Report this post.

One bright December morning in 1941 Americans awoke, shocked to learn of a surprise attack by Japanese Kamikaze pilots on a naval base at Pearl Harbor. President Roosevelt called December 7th “a date that would live in infamy.” For sixty years after that infamous day, the American people believed that an event like Pearl Harbor would never strike their shores again.

But then it happened again. On September 11, 2001, four coordinated suicide terrorist attacks were carried out by al-Qaeda against the United States. Not only did they demolish the Twin Towers in New York City, but also the American people’s trust in the strength of their country, the greatest world power. To this day, the world over, the photo of the burning towers remains engraved in people’s memory.

The attack on Pearl Harbor in 1941 was the main event that spurred the United States to join the Allies in World War II. America could no longer stand aside and felt compelled to join the battle against Hitler and his allies. In 2001, after the attack on the Twin Towers, once again America led a global struggle against terrorism, at a huge cost. In addition, the ongoing effort to restore Americans’ feeling of security came at a heavy price in lives and in the number of wounded. America continues to wage an uncompromising struggle domestically and abroad to hunt down and defend itself against terrorists. To assure success in the battle against terrorism, America, the leader of the free world, had to project strength and leadership.

9/11 transformed the world-famous NY skyline. Today, the site of the Twin Towers, once symbols of America’s strength and resilience and of its position as leader of the free world, has become a reminder of its fragility. In their stead stands one orphaned building. American leadership has failed to fully comprehend the significance of the twin towers and of their powerful effect on American and worldwide consciousness. 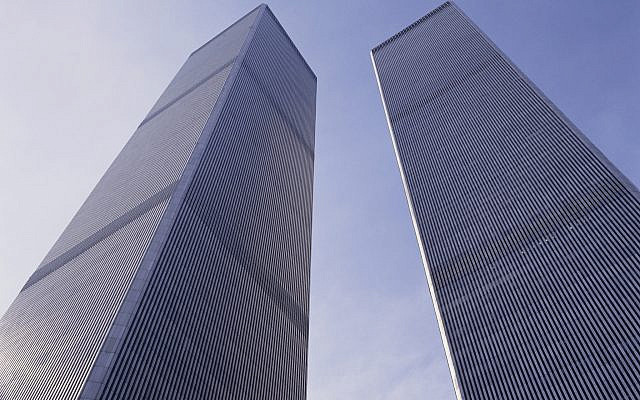 Replacing the two towers with two even taller structures would have sent a message to the world of strength and pride, and honored the memory of the close to 3,000 victims of the shocking catastrophe. Two new towers would have restored the skyline to the grandeur admired all over the world. By not restoring the twin towers, leaders of America and New York at that time yielded to the powers of evil.

Each time I visit the amazing city of New York I am disturbed by the thought that the one lonely tower built to replace the twin towers is a perpetual reminder of the power of evil over good; a lonely reminder that terrorists debased those that believe in freedom and liberty for all.

Life does go on, and the United States continues its efforts to develop democratic values. Yet the events of 9/11 left their mark on the soul of the country, which may never completely recover.

About the Author
David Sharan served as then Prime Minister Netanyahu's chief of staff between 2014-16. From 2009-2012 he served as chief of staff in the Ministry of Finance. He is an IDF Lieutenant Colonel (Res.), and holds an MA in American history.
Related Topics
Related Posts