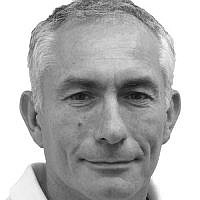 The Blogs
Paul Ben Ishai
Just muddling through.......
Apply for a Blog
Advertisement
Please note that the posts on The Blogs are contributed by third parties. The opinions, facts and any media content in them are presented solely by the authors, and neither The Times of Israel nor its partners assume any responsibility for them. Please contact us in case of abuse. In case of abuse,
Report this post. 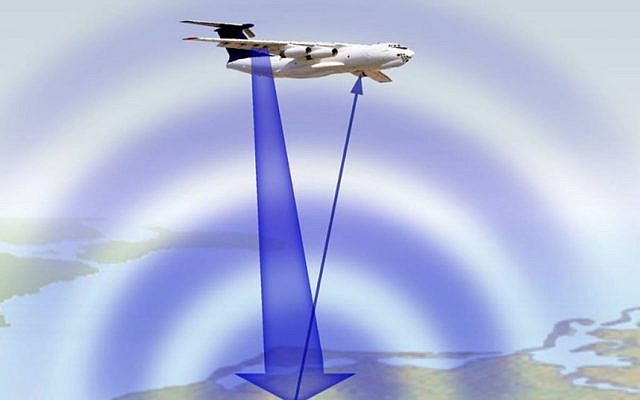 A story is rocking the world of communications today.  You won’t have heard about it in our tiny corner of the world.  It has nothing to do with cyber misdemeanors of our police or Bibi’s plea.  Instead, it is a tail of arrogance and stupidity.  Simply put, the roll out of 5G in the USA has been stopped in the vicinity of airports because the cellular signal for 5G towers can seriously affect the flight systems on modern planes like the Boing 777.  There is anger and recrimination flying around.  In a video of a CNN interview of Tim Clark, the President of Emirate Airlines, described the rollout thus, “I need to be as candid as I normally am, and say this is one of the most delinquent, utterly irresponsible issue subjects, call it what you like, I’ve seen in my aviation career”.  In fact, 7 airlines, including Emirates, have halted flights to the US until this problem is fixed.  So what is the problem?

Modern commercial aircraft rely on an instrument known as a “Radio Altimeter” to know their height above ground on their landing approach.  It works by sending a radar pulse using a carrier frequency of 4.2 -4.4 GHz. Basically, by sending a pulse and measuring the time taken to return, the aircraft can accurately know its height. This is really a radar pointing downwards.

In 2021 the Mobile providers in the US paid the Federal Communications Commission (FCC) US$ 81 billion for the rights to use the frequencies  C band 5G (3.7GHz to 4.2 GHz in the US and 3.3 GHz to 3.7 GHz in Europe).  No one thought to coordinate whether this would impact other users of the spectrum. The fear, and not an ungrounded one, is that 5G transmissions in the C band would disrupt the operation of the radio altimeter, rendering assisted landings at most airport in operable.  Guess what.  The fears are very true.

So despite warnings from the Federal Aviation Authority years ago, the plans for the deployment of 5G have forged ahead with both agencies arrogantly believing that the spectrum is theirs by right. The radio altimeter is vital on the approach to landing, so every airport should have a descent buffer zone around it where there can be no 5G antennas.  Or so you would guess.  In Europe, where cooperation is more the norm, that is exactly what they have, up to 96 seconds of clear flight.  In the USA the buffer zone extends out for 20 seconds around the airport. Furthermore the cellphone antennas in Europe are angled downwards to make them more safe for approaching aircraft.  The transmit power of the antennas in Europe is third  of that in the States (approximately 600 W compared to1600 W in the US for a typical base station).  Why the base stations should transmit at such power is a mystery, but the risk for aircraft is patently clear.

Desperately, on the 31st December,  the FAA called for a delay of the rollout until they could check what the effect on altimeters would be and how many airports would be affected.  They got 2 weeks…………

And that is why Emirate Airlines is not flying to the US!  It makes you wonder what is happening here?

You can see the interview here https://edition.cnn.com/videos/business/2022/01/19/emirates-president-5g-airports-quest.cnnbusiness