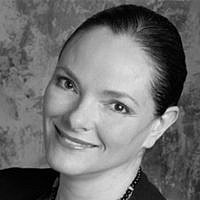 The Blogs
Irit Felsen
Apply for a Blog
Advertisement
Please note that the posts on The Blogs are contributed by third parties. The opinions, facts and any media content in them are presented solely by the authors, and neither The Times of Israel nor its partners assume any responsibility for them. Please contact us in case of abuse. In case of abuse,
Report this post.

Earlier this month, I enjoyed a memorable evening with my family attending a production of the play “Wiesenthal,” which is written and acted by Tom Dugan.  It was one of those rare experiences that make you feel better as a person for having taken part.  Had I not seen it, I would have missed out on something important; a life lesson, a transformative story to remember.

The production focuses on Simon Wiesenthal, a Holocaust survivor who lost 89 family members in the Nazi genocide.  After the war as a private citizen, Wiesenthal helped track down and bring to justice over 1,100 Nazi war criminals.  He dedicated 58 years, his entire life after the war, to this pursuit of justice, in the name of all those who perished at the hands of the Nazis.

However, Wiesenthal’s life’s work was not only about honoring the dead.  It also aided the true psychological liberation of those who survived the Holocaust.

Having witnessed the early efforts of the US government to prosecute Nazi war criminals, Wiesenthal recognized the importance of the public response to the perpetrators and their victims after the war.  He understood the need for war criminals to be publically tried, not only in order to be held accountable for their own actions, but in order to unequivocally expose the atrocities they perpetrated and have them reach the unbelieving public.  Wiesenthal’s goal was not limited to seeking appropriate retribution, but rather fostering the values of a civilized society in a post-Holocaust world.

Equally as important as his quest for justice, Wiesenthal was focused on educating the public and promoting tolerance as the true lessons and safeguards against the eruption of such barbarism in the future.  It is important to remember and share his legacy Wiesenthal’s legacy today, when virulent anti-Semitism is resurging in Europe, images of obscene cruelty have become the new norm on international news, and incidents of discrimination and abuse of power are eroding the sense of safety and community within our own society.

Simon Wiesenthal’s extraordinary story comes to life through Tom Dugan’s outstanding performance.  Dugan, a young and slim Irish Catholic transforms himself into the heavy, bald, 90 year-old Holocaust survivor with great success.  He captures both the haunted quality of Wiesenthal’s persistent post-traumatic preoccupation with the horrors of WW II, as well as his warmth, strength, humor, and profound ethics and humanity.

In the short paragraph provided by Tom Dugan provided in the Playbill, he explains that his father, a strong, silent Irish Catholic construction supervisor, was awarded the Bronze Battle Star and Purple Heart for his service in the American military during WW II.  Dugan’s father, who did not speak much about his wartime experiences, participated in the liberation of the Langenstein concentration camp in Germany.  Dugan recalls that his father had painful shrapnel embedded in his body.  As a child, Dugan felt it and commented, “Father, you must really hate Germans.”  His father had replied, “Nope. There are all types of people, good and bad. I don’t judge them by what group they belong to. I judge them by how they behave.”  Dugan believes that this rejection of collective guilt is what first drew him to Wiesenthal’s story.

My own father, a Holocaust survivor who passed away several years ago, was born one hundred years ago this month.  I remember asking him similar questions about hate, and I remember him answering in a very similar way, profoundly shaping the way I encounter people in my life – as individuals defined by their actions, not by group labels.

While Wiesenthal’s story is inspiring in its own right, it is also moving to think about how Dugan’s father was able to survive the horrors and trauma of WW II and communicate  the necessity for true tolerance to his son.  What’s more, it is inspiring that after hearing about such terrible events and seeing the havoc they wrought, Dugan created this remarkable, living, breathing life lesson about trauma, courage, and the critical role of justice in re-instating our humanity.

It was a privilege to meet Dugan, and witness his portrayal of Wiesenthal’s extraordinary life.  “Wiesenthal” is so much more than just another play.  It is a study in resilience, morality, justice and tolerance.