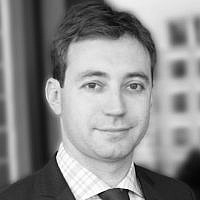 The Blogs
Ilya Zaslavskiy
Apply for a Blog
Advertisement
Please note that the posts on The Blogs are contributed by third parties. The opinions, facts and any media content in them are presented solely by the authors, and neither The Times of Israel nor its partners assume any responsibility for them. Please contact us in case of abuse. In case of abuse,
Report this post. 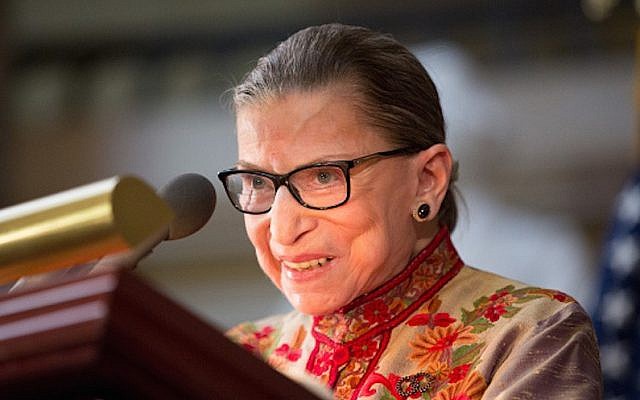 Whatever Natalie Portman’s own reasons were for turning down the so-called “Jewish Nobel” awarded by the Genesis Prize Foundation, she did the right thing. The Genesis Foundation now wants to give a second award, this one for lifetime achievement, to US Supreme Court Justice Ruth Ginsburg. Justice Ginsburg should also decline the honor. The prize is sponsored by Mikhail Fridman, Petr Aven, and German Khan, partners in the powerful Russian Alfa Group consortium. Alfa-Bank, a company in the consortium’s portfolio and Russia’s largest private bank, is under FBI investigation for what is widely presumed to be interference in the US presidential elections due to an unusual volume of communication between Alfa’s internet servers and those of the Trump campaign.

Accepting the Genesis Prize could place Justice Ginsburg in a direct conflict of interest in the event that the US Supreme Court considers Russia’s meddling in US elections. According to Western media reports, Blavatnik and Vekselberg, two oligarchs closely interlinked with Alfa, are likely under investigation by special counsel Robert Mueller. Recently their company Rusal, and Vekselberg personally, were sanctioned. Alfa figures heavily in the dossier of the British intelligence officer Chris Steel and Khan’s son-in-law, a Dutch lawyer, was the first man convicted under Mueller’s investigation for lying to the FBI.

As an activist fighting the influence of Kremlin-controlled oligarchs in Western countries together with many other anti-Putin activists, this is not the first time I have urged leading western institutions to wake up to Alfa-Bank’s undermining of democratic values. For example, many people signed our public letter to Oxford University, where, in a truly Kafkaesque joke, Alfa sponsored a joint business award with Oxford’s Said Business School and Blavatnik opened a School of Government in his name at Oxford. I care deeply about democracy in the West and in Israel in particular. Benjamin Netanyahu and some members of his government are dangerously neutral on the global mischief wrought by Russian oligarchs. In fact, Israel’s prime minister is currently the subject of corruption investigations involving Len Blavatnik (for now as a witness), who has close business links to the Kremlin and Alfa Bank.

My family is Jewish and we don’t see much difference between the Gestapo and the various secret police agencies like the KGB and its current-day successor FSB that have propped up the Soviet regime and now Russia. Shortly after the Nazis entered the city of Dnepropetrovsk, they murdered tens of thousands of Jews, including my great grandmother Dora. She was married to a non-Jewish Russian who was subsequently employed by the Nazis in their passport bureau. After the Red Army came in, he then continued in the same job, a fact that illustrates how the NKVD, precursor to the KGB, often used the same cadre as Germans.

Dora’s brother Khanya was a Zionist who was kicked out of Ukraine in the 1920s and who took part in Israel’s War of Independence in 1948. My grandmother Inna lost touch with him as Stalin’s anti-Semitic campaigns made contact dangerous. Her tutor in medical sciences was one of the professors tortured under the so-called Doctors’ Plot in 1952-3.

On the other side of the family, my grandfather Alexander, an employee in the Soviet ministry of economy, was framed by NKVD as an Italian spy in 1939. My parents suffered anti-Semitism in the USSR and had many friends whom the KGB refused exit from the country. We finally left Russia for the US through a family reunification program. However, in the mid-2000s I went back in the naive hope of creating positive change in Moscow, where I ended up working at TNK-BP, an oil company co-owned by the Alfa investment group.

In 2008-9, the FSB, with active help from the private security services of TNK, directly controlled by German Khan and Mikhail Fridman, falsely accused my brother and me of being spies. The Kremlin and its oligarchs used us as one of the pretexts to oust 150 Western managers of the company and seize full control of the company, which they successfully did. TNK-BP’s tenacious CEO, Robert Dudley, refused to leave the country and was poisoned in the TNK offices by unknown assailants, and other westerners were harassed in various ways.

It was never proven that the oligarchs were behind the poisoning, but they certainly benefited from BP’s demise. They took control and sold the company in a shady, overpriced offshore deal – the biggest in Russian corporate history – personally micro-managed by Putin. These very oligarchs now award “Jewish Nobel” prizes and teach corporate governance in the West while advocating on behalf of Putin’s regime.

Justice Ginsburg and other US Jewish celebrities lured by Alfa’s prizes should examine the myriad ways these oligarchs are connected to the Kremlin and its FSB apparatus, and how severely they undermine the interests of the West and Israel. Alfa entities illegally traded oil with Saddam Hussein through an abused UN program and gave loans to Russia’s Atomstroyexport nuclear power exporter to build a nuclear plant in Iran. Until recently, they also gave loans to Russian military plant Uralvagonzavod, whose arms were used against Ukraine. Just two years ago Alfa-controlled Vimpelcom was caught giving bribes to Gulnara Karimova in an $800 million case prosecuted by US and Dutch authorities. Then Fridman’s lawyer was arrested in Spain on suspicion of further telecom fraud. German Khan has been cited by a UK judge as having used intimidation tactics against a TNK employee, while the US embassy and a former insider have alleged that oligarchs sent oil via Gunvor, a company of Putin’s crony, the billionaire Gennady Timchenko, who is now under Western sanctions.

In 1992, as Trade Minister, Petr Aven personally shielded Putin from a criminal investigation when he was caught with illegal trade involving the St. Petersburg mayor’s office. In 1993, as relayed by the esteemed, late social scientist, Karen Dawisha, in her book “Putin’s Kleptocracy,” Kroll Associates’ report to Boris Yeltsin “recounted widespread instances of ‘bribery of officials, blackmail, and the illegal transfer of currency resources to foreign banks.’” The Kroll report identified Minister Petr Aven as one of the officials.

Oligarchs have been employing lobbyists in the West and sponsoring many academic and cultural institutions, like Oxford University or the Genesis Foundation, to present themselves as “private” businessmen “independent” of Kremlin. But until recently, Alfa’s key entity employed the son-in-law of Russia’s foreign affairs minister Sergey Lavrov and Putin’s elder daughter, while in Europe they employ the son of the ex-director of the notorious GDR’s Stasi secret service.

Alfa’s lobbyist Richard Burt, who is also a lobbyist for Russia’s state-controlled Gazprom, was most likely involved in making the connection between oligarchs and Natan Sharansky, who chairs the Genesis prize selection committee. Aven continues to sit on the board of the Kremlin’s thinktank, RIAC, together with key Putin’s men.

Investigations into Alfa’s role in Russia’s meddling in US elections may prove that they are innocent on that account but there is already no doubt that these oligarchs are closely linked with Putin and FSB. This is why my family is against their participation in the Babi Yar Holocaust Memorial. I urge US celebrities to do their due diligence before dealing with Alfa oligarchs and call upon them to make the ethical choice.

About the Author
Ilya Zaslavskiy is head of Underminers.info, a research project on post-Soviet kleptocracy. He is also Head of Research at Free Russian Foundation, first Russian Associate of the Academy of Leadership of the Royal Institute of International Affairs (Chatham House) in London and a member of the Advisory Council of the Kleptocracy Initiative, Hudson Institute, Washington, D.C. He recently published a report in the latter institute on export of corrosive practices from post-Soviet space to the West.
Related Topics
Related Posts
Comments