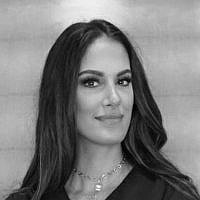 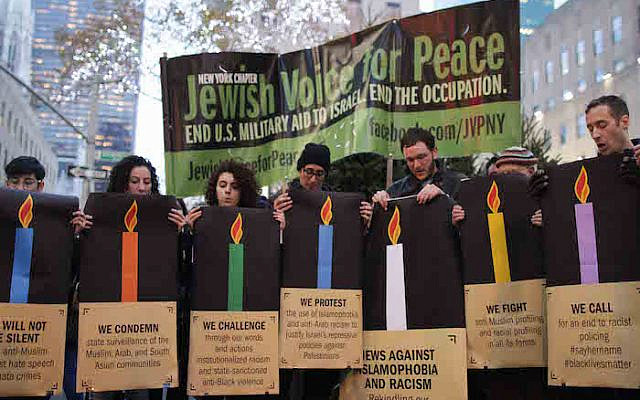 Every year, Hanukkah reminds the world of the resilience of the Jewish people. From the time of the Maccabees to the modern-day, Jews celebrate the Festival of Lights to commemorate the reconstruction of Jerusalem and the Second Temple of Solomon. The sad reality of being Jewish in the 21st century is that many, including the anti-Israel radicals at Jewish Voice for Peace (JVP), have abandoned the reason for the season. JVP should revisit their history books rather than pushing their typical self-hating talking points: Hanukkah is a story of Jews uniting to defend and rebuild our eternal capital and its holy temple. This is nothing to be ashamed of. Hanukkah is, by nature, the most Zionist of holidays. It should be celebrated that way.

Rather than recognizing the triumph of our ancestors’ revolt against the Greeks, JVP twists the meaning of the festival to fit their obsessive hatred for Israel. While most Jews spread light and good deeds during the eight days of Hanukkah, JVP marks the occasion by attacking the United States and Israel. Sufganiyot and songs with family and friends have transformed into pushing conspiracy theories about law enforcement exchange programs and promoting the antisemitic boycott, divestment, and sanctions (BDS) narrative. JVP’s obsession with attacking Israel and distorting Jewish history is very disturbing. They should be ashamed of themselves.

Only my children’s dreidels spin as much as JVP’s revisionist Hanukkah rhetoric. Where JVP misses the mark is clear: they ignore the actual meaning of Hanukkah. During these eight days, we commemorate the miracle of the oil during the rededication of the second holy temple, when one day’s supply of oil for the temple’s menorah burned for eight days. Jewish communities use the festival as an opportunity to bring more light into a world that desperately needs it. Those delicious chocolate coins you see on store shelves? They are not just a medium of exchange for dreidel games: we give them, and other gifts to our children to teach them the value of giving back. Those menorahs you see at the mall or in the downtown square? They are intended to unify and promote understanding of the Jewish faith and culture. No matter how we celebrate, Jews use this time to celebrate our peoples’ overcoming of unspeakable adversity and to strengthen the ties which bind us, not to take cheap political shots.

The story of Hanukkah is indisputably Zionist. From the ashes of history’s most unspeakable tragedy, like the oil in the Temple menorah before it, the few European Jews who survived the Holocaust transformed Israel into an exceptional, eternal home for the Jewish people. Israel leads in human rights and individual freedoms. Governed by the most diverse democratically-elected government in its history, Israel allows millions to live freely and practice their faiths. Israel itself has found a niche: serving as a menorah which illuminates not just the Jewish people, but all of God’s children, the world over.

Hanukkah is a celebration of what Jewish Voice for Peace cannot stomach: Israel’s success and Jewish resilience. Every day, Jews should take pride in our homeland and its accomplishments, not be ashamed of it. It is impossible to celebrate the reconstruction of Jerusalem without feeling a connection to the capital of the contemporary state of Israel. As the old saying goes- “The People of Israel Live” – and Jewish Voice for Peace can’t stand it.