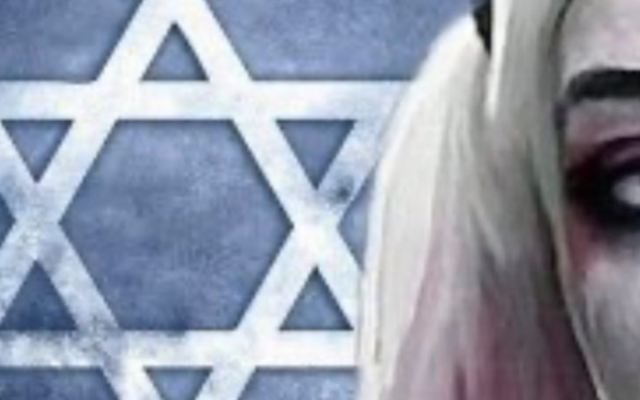 Last week, tens of thousands of Jewish Twitter users organized a two day boycott of the platform which began yesterday. The boycott call was in response to what is claimed to be ‘Twitter’s tolerance of Antisemitism’ and unfair banning of those who speak up for Israel on the platform. It began with the suspension of an account a woman named Rachel, who goes by ‘Harley Quinn’ the tormented Batman universe heroin-villainess with a conscience – although it probably had been fomenting for months prior to that.

Rachel’s profile image was a cartoon image of Harley Quinn offset from a Blue Star-of-David and she was told by twitter that the image was hateful and suspended her account until she changed her profile image. To make things worse for Twitter, after two weeks of Rachel refusing to change her profile image brought global attention to Twitter, they issued a statement. The statement ignored Rachel’s issue completely, and tried to gloss over the suspension by saying ‘Yellow Stars of David’ were deemed hateful images – again, Rachel’s was Blue.

Just changed my background to that of @Racharley77’s icon photo. She was blocked by Twitter for ‘hateful imagery’ – a cute cartoon character and a #starofdavid. I also updated my profile – added a special hashtag to define the outrage. #AmYisraelChai – #TwitterSucks!! pic.twitter.com/hbVvnDnQSe

Here are the absolute facts about Twitter: There are real Anti-Semites who do not get suspended, and there are real Jewish people who use hateful language and are not suspended – the system is arbitrary as these issues make their ways to a wide array of facilities manned by individuals who are tasked with resolving them. Individuals with their own biases, their own work pressures and their own stories – not the platform Twitter, but contractors and employees who have their own feelings on issues and are empowered with the ability to show bias. So saying the company Twitter is not being fair is wrong, Twitter just wants to make money as do all of these companies.

I look at Twitter like I look at a Bus, that is to say a place with lots of people coming and going where the responsibility of the bus is to ensure those people get to where they want to get to, and do so safely. Twitter is that bus, they are the medium that the righteous, the hateful and spiteful, the ignorant and aloof use to get their opinions across, no matter how vile, pleasant or as is the case with most of the information on Twitter, useless and meaningless.

“With Great Power Comes Great Responsibility.” The United States is a country that prides itself on the vast freedoms it affords their citizens. The noble dream of America’s founders was in fact, the most successful example of a ‘Progressive’ Revolution in world history. They stood for equality amongst men, and while it began with a compromise on keeping some of those men unequal, the ideas and concepts for a country were groundbreaking and the freedoms granted to the average person changed the world, literally. Today, there is a movement to destroy the accomplishments of these 18th century Progressives just because they did not conform to the demands of 21st century progressives.

This is a violation of the Twitter Rules, and our Hateful Conduct Policy prohibits the promotion of violence against – or threats of attack towards – people on the basis of categories such as religious affiliation, race and ethnic origin https://t.co/LWewatWedr

The truth is, the law in America allows you to say what you want (except ‘scream fire in a crowded theater,’ as most grade school kids learn). Americans are legally allowed to say what they want, at least that was the idea of the founders. To not silence the public, to not restrict every citizen from having a voice and giving them the means to use it. In the 1700’s that idea was unheard of for a country, it was a dream, but just that.

The turmoil in America today began with ‘safe-spaces’ and an over-emphasis on people’s feelings; there are those in every ethnic group, who feel Twitter is unfair – and they are right, but Twitter is not supposed to be fair and it is not supposed to not be fair, it is just simply, like the bus, a medium that serves a purpose. What we do with that is our own responsibility.

If I locked myself away in a safe space, or went on a ranting attack anytime someone offended me, the Jews or Israel, I would have never have had the free time to see some of the best TV, movies and comedy acts of the age. Why is it OK for Seth Macfarlane (Family Guy) to mock Jews for 16 seasons, but not for some skinhead to tell me it’s a shame my grandparents were not gassed ‘like the rest of your people’? The fact is, there are many who would argue they are two totally different things, but they are most certainly not.

To me, there is no difference in South Park’s weekly poking of ‘Kyle the Jew’ from a random social media post that mocks the ability of Chinese people to drive. America is a land where there is no distinction between comedy and legitimate animosity towards someone else – as long as the language is non-threatening the opinions of all are protected. This is a great power, and as we see, not all are responsible with it.

Truth is, we do not have to be responsible under the law, and this is the primary issue. America, at the time of her founding was the most Progressive, modern society to grace the earth. The unique nature of granting freedoms not afforded most citizens in even the most civilized societies gave US citizens a tremendous burden of ‘personal’ responsibility – personal being the primary word here.

The thing that made America special was that ability to live amongst so many opinions and still find the means to cooperate. To retain our individuality and not indoctrinate us into a social philosophy that drives fear, rather one which promotes the unique strength a collective of true individuals. To build tolerance for others, so that new and diverse communities can be born.

Somewhere in America’s history things went astray. Yes, America has had its share of crimes against humanity and their own citizens and inhabitants, and they paid a bloody price to overcome it. In the century after that price tag was levied, more crimes – by governments and local law enforcement. An equal society under law that had specific laws granting exceptions to that equality clause. Segregation and suffrage to voter suppression and uneven punishments for criminals of different races.

The history of America is filled with hypocrisy to the nature of the founding, even the declaration of independence says all men are created equal, and yet the subsequent laws of that country defined a man as being white. But those rights were corrected, and yes bigotry and hatred still exist – and they always will as long as humans have the ability to think for themselves.

So, back to this Jewish boycott: The questions must be asked what this accomplishes? With over 115 Million users and annual profit 1.5 Billion, even if ten million people logged off for two days it would not make a dent in their revenue. So it must be a statement: If it is a statement the message is confusing, on one hand it shows that individuals on Twitter who love Hitler and his accomplishments drove the Jews away, while on the other it shows that the Jews retreated because we feel marginalized by the platform and the contents within it.

I chose to not silence myself, not protest Twitter because Twitter is not to blame for the filth that is on its platform, we all are. If you were on that bus from earlier in this piece, and someone came on and said some vile things to you, would you sue the bus company? Would you not go on the bus anymore and ask all your friends to join you in that protest?

The point of Twitter is to grant everyone the ability to share their thoughts, and police hate according to their own rules. Because they do not do that to your liking does not mean they are part of an organized effort to silence Jews. By vacating ourselves from the platform, we do that for them and give them the always desired press they want.

As an American I value the freedom I had growing up there. The ability to say what was on my mind has always been a part of me that I was proud of. There were times, of course, when what came out of my mouth was offensive and caused me problems with those who were offended and yet, I did not blink. I am not justifying the moral right to be a prick to other people, what I am justifying is the legal right to do so in America and if someone is punished for speaking their mind, then the most progressive social experiment in earth’s history is an utter failure.

For two thousand years Jews were marginalized, and then one day a miracle happened and we gained the ability to no longer have to be. The ‘warrior Jew’ was reborn, with all the morals and ethics of our ancestors and the memory of those brutal centuries in exile where we lived in fear day and night. We regained the ability to be that ‘Light’ or beacon of integrity that was our destiny. We developed a society, our own based on the rules we once lived by with some modern twists. We created a free and open society with Jews from all walks of life and cultural backgrounds to flourish, and we built an army to ensure no Jew need ever go to sleep afraid of what is coming in the night.

I will not silence myself because if I do, who will speak for me and my people when those who seek to harm us roam the digital corridors of social media looking to recruit those to help them? I will not blame Twitter or Facebook or any other medium for the hatred of individuals who use them. I will use my rights as an American and Israeli on platforms governed by the laws of those countries to say what I feel regardless of whether someone might take offense to it. I will use my voice to challenge those who seek to spread lies and falsehoods about my people. Because if I do not fight back against the hate and cancel culture, who will?

The freedom of thought and speech we all have is a privilege, embrace it.