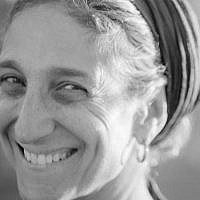 The Blogs
Rebecca Kowalsky
Apply for a Blog
Please note that the posts on The Blogs are contributed by third parties. The opinions, facts and any media content in them are presented solely by the authors, and neither The Times of Israel nor its partners assume any responsibility for them. Please contact us in case of abuse. In case of abuse,
Report this post. 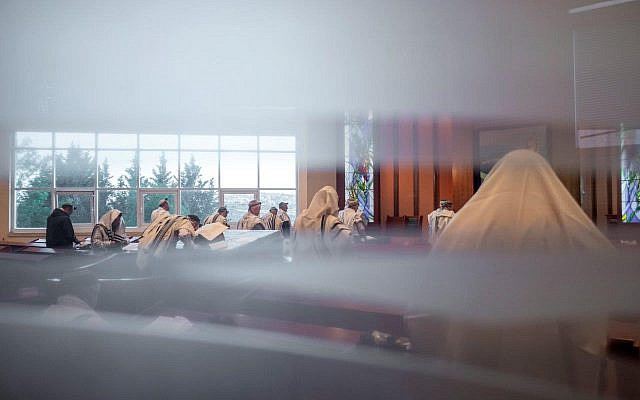 From my side of the mechitzah. (Courtesy)

I was granted the great gift of being alone with her, singing the zemirot (songs) of Shabbat as she handed her neshamah (soul) over to the Holy One Blessed be He.

My mother and I were very close. I was her oldest and the only daughter. Since I made aliyah over 34 years ago, I saw her regularly, but far less than when we lived near each other in Chicago.

We spoke almost every day. For my mother, hearing about the comings and goings of her grandchildren, and later, her great-grandchildren, was the greatest source of nachat for her.

Over the years, any time I heard a woman saying kaddish, I was moved. AND I made sure to move just a bit closer to answer her kaddish and, even though it was not the norm in our world yet, I made sure that she felt someone was right with her and answering her words.
Once I suffered this loss of a parent, I too wanted to say kaddish once a day to honor my mother’s memory, and our connection.

Saying this prayer which was designed for the mourner allowed me to feel like I was actively doing something for myself regarding my loss. I was hoping that I was speaking to the One Above, and letting Him know that my mother deserves all the good that He can offer her “up there.” The feeling was one of proactivity and not just passively mourning and living this unique year out. Sometimes, I really felt like I was communicating with my mother.

Even so. Living in the relatively liberal community of Efrat, I was not prepared for the difficulty inherent in this undertaking. 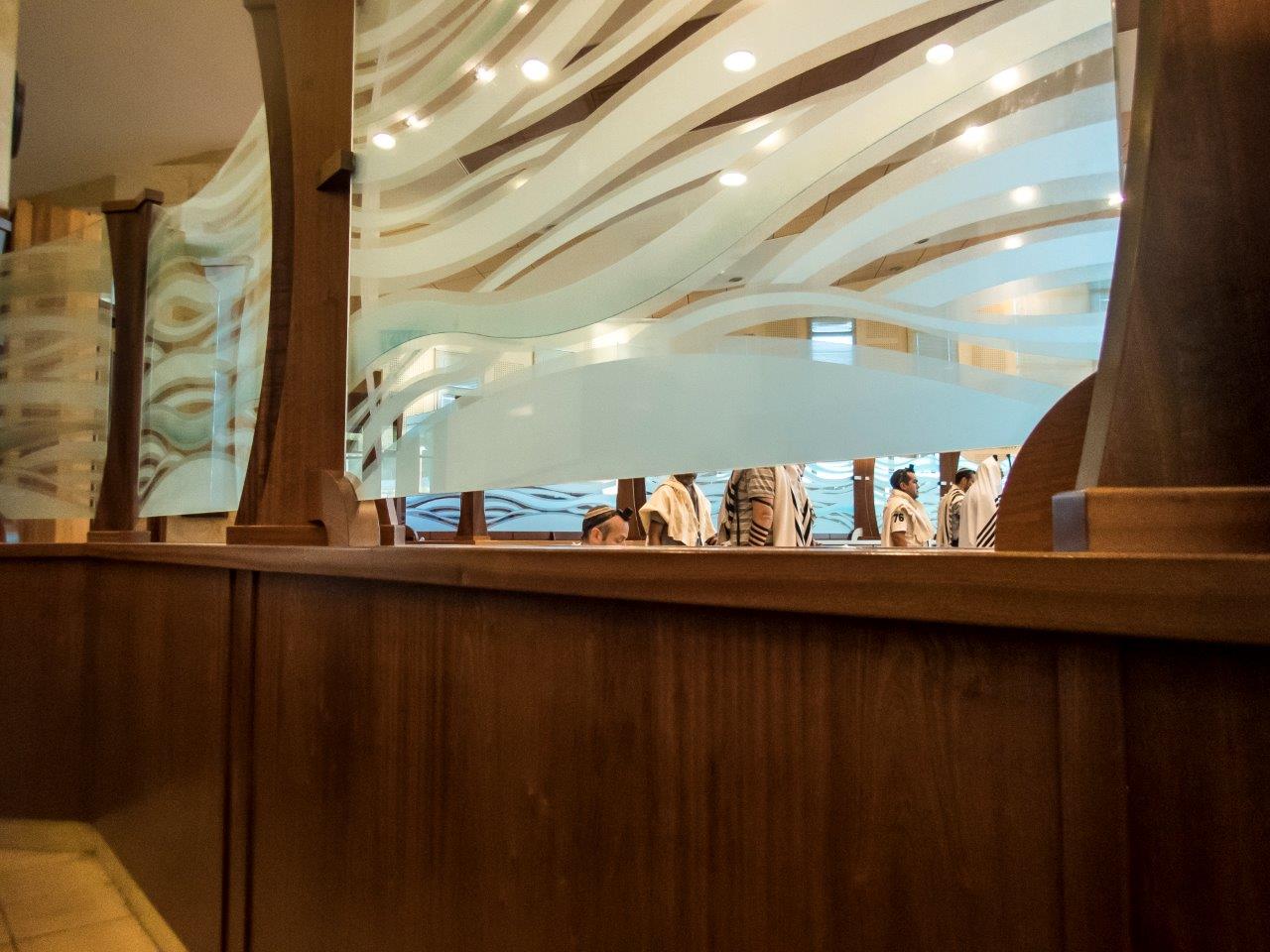 I was really shocked at the alienation I felt. No one was mean. Not at all. My 6 a.m. minyan buddies at the upstairs Gefen shul were very sweet, and through the mechitzah (which did NOT help me feel a part of the minyan), a few friendly men always waved hello and acknowledged my presence kindly. A number of men told me how much they loved having me there saying the kaddish. And my kind neighbor, David, always made sure to let me know when the start time was a bit earlier, due to Rosh Chodesh; and he initially gave me a heads-up for the earlier kickoff time of Mondays and Thursdays. (Eventually, I carved the schedule accurately into my routine.)

I must say that while I attended this minyan, my admiration for those (usually the men) who religiously (no pun intended) attend minyan, three times a day, skyrocketed. Often, in the past, I had had a hard time with synagogues where the congregants race through the tefillot (prayers). On that issue as well, I began to see things in a different light. Once one sees the dedication of every day (and especially three-times-a-day, every day) shul-goers – you kinda understand why time can be an issue.

Arriving a few minutes before the chazzan began were beautiful moments for me, hearing the sounds of the tefillin boxes clicking was soothing soul music.

Notwithstanding, being behind the mechitzah (a practice that has been with me my whole life growing up as an observant Jew) was not a good feeling. I was asking myself: Was anyone hearing me? Did anyone answer MY kaddish? At least I was comforted in the fact that I felt my mother there, and that she heard me. Though I have brothers saying kaddish, I felt that my mother would be comforted by me saying it. AND that my kaddish was being said for her, from the Holy Land.

Did I mention the panic and anxiety aspect of it? There were quite a number of times that I had to daven in other shuls, whether in Jerusalem, or overseas. Worrying: Is there another MAN saying kaddish? How does this shul deal with it if only a woman is saying Kaddish? And if that doesn’t fly with them — can I make sure to ask a man to say it with me? It is not that comfortable being a woman under these circumstances.

Thankfully, my husband, whenever present, helped mollify my fears – for I knew that he would pipe in with the kaddish immediately (if no man began to recite) and the “vital male voice” would be heard so that I could join in. Unfortunately, he was not with me at every service in unknown territories.

Praying at a Chabad minyan overseas and at a Chabad minyan in southern Israel presented two interesting experiences. In both cases, I went to the rabbi in charge and in both cases they made sure someone would say kaddish, thereby opening the door of permission for me to recite mine. I have not yet totally reconciled the fact that these men were personally very kind and accommodating, yet, at the same time, in my inner experience, wondering, why do I need to be accommodated?

Before my classes in Jerusalem on Monday mornings, I chose to join the minyan at the Yael synagogue in the Baka neighborhood. Here, I again inquired if another man was saying kaddish, to make sure I would be covered. To my joy and surprise, the response to my question: “Is there a man saying kaddish here to accompany my kaddish?” Monty boldly and emphatically answered: “In our shul, it doesn’t matter. You can say kaddish no matter what!” THAT FELT SO GOOD.

Oh, the fear is not over, but this one probably crosses even the borders of gender: will the men saying kaddish say it too fast? Worse, I felt I had to rush the tefillot RIGHT BEFORE kaddish is recited (e.g. רבי ישמעאל, שיר של יום, עלינו). I had better rush to finish so I can begin kaddish with the guys. So many things to keep track of.

In the little shul in Ashkelon that we frequent, Rabbi Zwebner became my advocate. Once he knew I was a mourner reciting the kaddish, he made sure I was accompanied. Of course, another man always said the kaddish with me — but at least the anxiety factor was temporarily annulled, and I was taken care of.

One of my kinder experiences was in the West Marble Arch synagogue in London. I was a total stranger. Both the Gabbai/Sexton and a regular davener there (Michael Rose), after becoming aware of my situation, approached the chazzan and made sure he knew to recite the kaddish out loud. Again, they had my back. 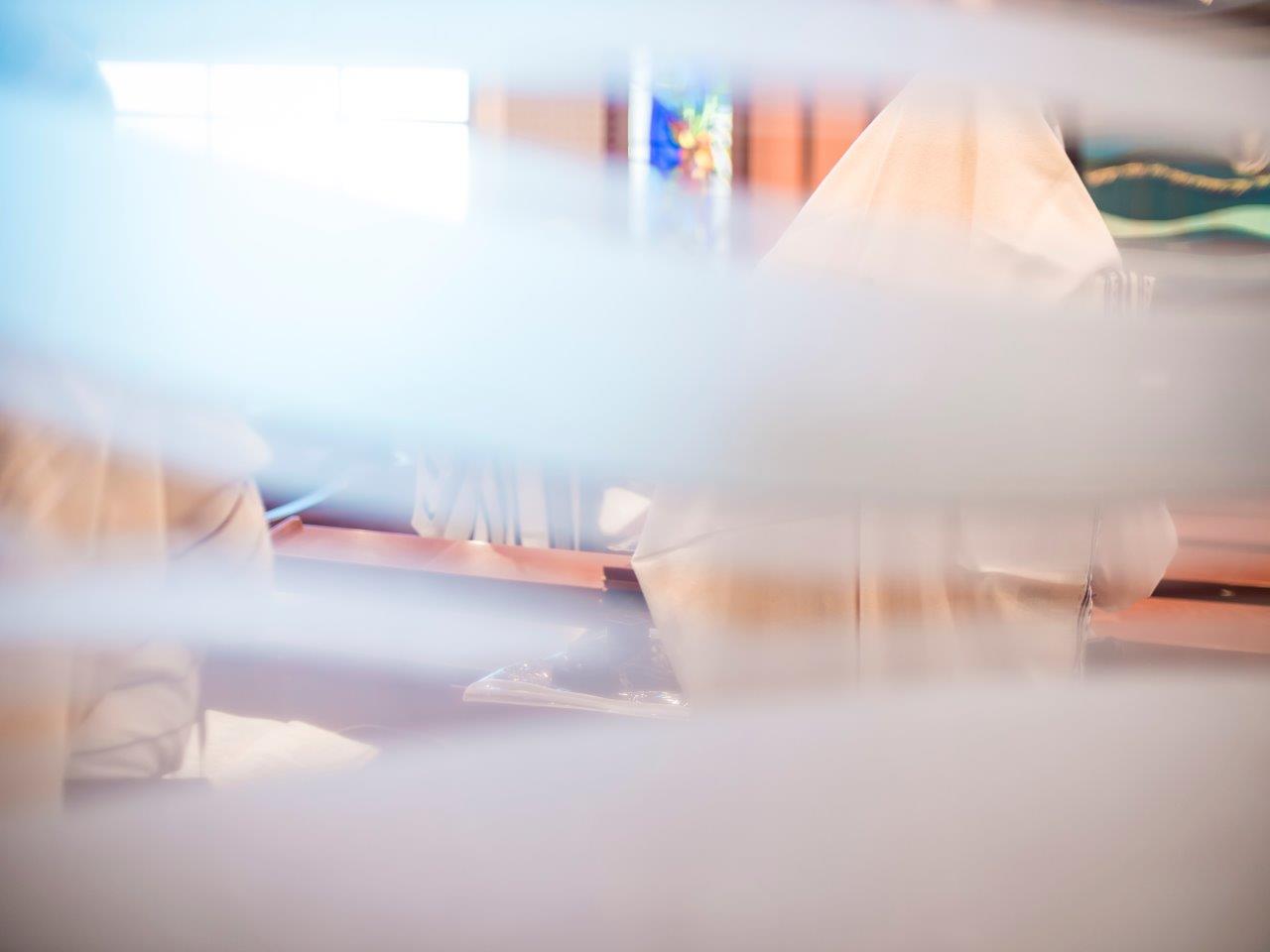 My highlights of this kaddish year (11 months to be exact) were when I attended the tefillah at the pluralistic Orthodox shul in Jerusalem, Shira Chadasha. I had been there a number of times and felt more in place doing what I set out to do. But the real peak for me was one Shabbat when I came in and checked with one of the women (they take an equal part in all parts of running the shul and in most of the rituals) if it was okay to say kaddish even if I would be the only person reciting. Not only did she reassure me that it was fine, she also went over to the chazzanit, and made sure that she knew to stop for me to recite kaddish. The first kaddish of the service, I said alone, loud and proud. It was a joyous FIRST for me.
We live in one of the greatest periods for Jews. We have the State of Israel. Women are learning Torah on the highest levels. Women are ordained as rabbis (yes, that is controversial to say the least). Kaddish is not so controversial. Let’s make it the norm — for those who would like to do it.

Men, please be sensitive and inclusive to the women taking part in this. Please help them feel seen and heard. WOMEN! When there is a woman saying kaddish, please try to be aware and attentive. Saying kaddish and being in a place where women SHOULD and WOULD appreciate it, yet do not respond, made me feel like we were moving backwards. Fellow women, help to acknowledge this period in women’s lives. Try to recognize that we are living in a time period where women are supposedly more able to feel a part of many things that were once off limits. Don’t take it for granted. Embellish the privilege; like every mitzvah and every good deed we are gifted with in our lifetimes.

I wanted to acknowledge with deep appreciation our rav and close friend Rav Shuki Reich, who gave me guidelines for this pursuit. His vast knowledge and extreme humanness opened the door for a year, though sad, enriching and healing.

About the Author
Rebecca Kowalsky made aliyah in 1985 from Chicago, with her husband and young child. As her family grew, so did her passion for photography, especially street photography and artistic landscape photography, spanning the Land of Israel and the world over. Rebecca teaches photography workshops for children, teens, and adults, and creates functional Judaica as well.
Related Topics
Related Posts
Comments