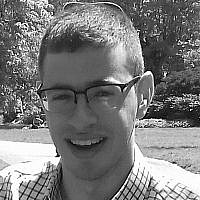 The Blogs
Gavriel Cohn
Apply for a Blog
Please note that the posts on The Blogs are contributed by third parties. The opinions, facts and any media content in them are presented solely by the authors, and neither The Times of Israel nor its partners assume any responsibility for them. Please contact us in case of abuse. In case of abuse,
Report this post.

Those who partook in the recent central London event ‘Kaddish for Palestinians’ branded their venomous condemnation of Israel as being a direct product of their “Jewish values”, and that it was their “Jewish identity” no less which imposed upon them the cumbersome obligation of crying out against the Jewish state’s actions.

There is something fundamentally problematic with this claim that needs to be addressed, even before rising to challenge the group’s specific position on the latest Israeli-Palestinian tensions. Despite the presence of talleisim, Hebrew songs, and prayers, their criticisms of Israel are anything but Jewish. The participants were not driven by Jewish values and obligations, contrary to their claims and explanations both during and after the event.

The Jewish values they espoused are merely standard, universal, perhaps even trite moral statements crudely packaged and labelled as Jewish by accompanying them with certain Jewish adages. For these passionate protesters, despite their citing of a Talmudic story or proverb, the true source of their values is certainly not the rabbis of old, but rather our Western society. They just conveniently selected certain parallel concepts from Judaism’s vast corpus to voice their pre-existing ethical stances.

The next step they took, after having assumed possession of these so-called “Jewish values” was to accuse Israel of violating these sacred principles. Having an almost demonic view on Israel and the IDF was also certainly not a product of their Jewish identity; rather the group have just adopted the distinctly negative view of the Jewish state held by the political Left— so much a part of today’s university campuses and London’s cosmopolitan society, yet not a part of the traditional Jewish community.

The group’s ploys are but a pithy attempt to masquerade the standard Israel-hatred of the Left as Jewish and to establish themselves as the zealous guardians of Judaism’s ancient value-system, despite their scant knowledge of it. This misleading deception may have even successfully fooled some of the participants themselves and has indeed been the cause of their infamous publicity, yet, as self-proclaimed Jews, they instead should have taken with utmost seriousness the biblical mandate to distance oneself from falsehood.