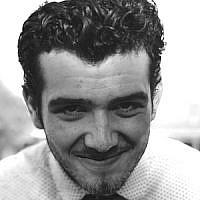 The Blogs
Ike Curtis
Apply for a Blog
Advertisement
Please note that the posts on The Blogs are contributed by third parties. The opinions, facts and any media content in them are presented solely by the authors, and neither The Times of Israel nor its partners assume any responsibility for them. Please contact us in case of abuse. In case of abuse,
Report this post.

This year marks 70 years since the death of my great-great-grandmother, Rachel Nathan (nee Tishler). She died on 19th November 1947, corresponding to the Hebrew date 7 Kislev 5708. As an upper echelon, rather Anglicised Jew whose family settled in Australia well before the outbreak of the war, unlike her millions of Jewish brethren who perished in the stinking pits of Europe’s concentration camps, Rachel had the luxury of dying in the family home surrounded by her children, grandchildren and great grandchildren- another luxury denied to so many of Europe’s Jews during the Shoah.

Rachel’s mother, Maria, was born Maria Simpson- born in 1842, the daughter of Susan Gray Baker and John Eubank Simpson. Susan Gray arrived in Australia from North Ireland as a twenty-three year old Protestant widow in 1823. In December 1827, she married the thirty-three year old Scottish born John Eubank, who had set sail from London on the William Shand in March 1825, arriving in Australia just shy of five months later. Both John and Susan obtained positions as clerks, which they kept until the birth of their first son, Archibald Thomas Simpson, who was baptised at St Phillips Church of England in Sydney.

The family then left Sydney for Maitland, about 20 miles north of Newcastle, where they decided to settle. In December 1842, Maria was born- just four years before the untimely death of her father. Following his death, Susan sold the family property and she and her family moved to Scone. This left Susan, already widowed once before, with five children- Archibald Thomas, Richard Australia, John Eubank Jnr, Henry and Maria. Susan met and married as her third husband John Lovey in 1851. They were married in the Church of England at Scone, situated in the Upper Hunter Shire in the Hunter Region of New South Wales. Upon the discovery of gold at Upper Bingara, a small town on the Gwydir River in Murchison County in the New England region of New South Wales, the family moved once more. There, Susan died in 1865 at the age of sixty-four. Maria was twenty-three.

In 1858, seven years prior to her mother’s death, Maria — then aged 16, married the 32 year-old Aaron Tishler. Aaron was born in March 1833 in Breslau. He set sail to Australia from Liverpool in 1851, journeying to Sydney on the Bergenstein. Upon arriving in Sydney, he went to the goldfields in Bingara. There, he changed his name from Aaron Tishler to John Augustus, presumably due to anti-Semitism, though it may well have simply been a precautionary act to conceal his Jewish identity. He was a glacier by trade, though he also worked as a farmer, a miner and a dealer- and in his later years, he was a seller of spectacles at the Victoria Market. In 1862, Aaron and Maria left New South Wales and settled in Dunedin, New Zealand. Maria and Aaron brought with them to New Zealand their three children, all baptised in the Church of England with Augustus as their surname. Whilst in Dunedin, they reverted back to the name Tishler.

Legend has it that Maria had mentioned to Aaron in passing that if he was an apt reflection of what Jews and Judaism was all about, then she would become Jewish. Aaron applied to the London Beth Din in the hope Maria would be converted, which was initially granted consent. In a letter addressed To the Rev D.N.M. Adler, Chief Rabbi of the English & German Jews of Great Britain, Aaron’s case was stated:

I have the honour by direction of the President to implore that a communication (a copy of which is attached) was received from a Mr Aron Tishler “requesting that this Congregation use its influence in having his Wife and Family brought within the pale of Judaism”, it was considered at a Meeting of the Executive held on the 27th when after careful consideration it was resolved

“ That the application of Mr Tishler as above be favourably
“ entertained and his case be recommended to the
“ Rev the Chief Rabbi D. Adler

I am further advised to inform you, Reverend Sir, that Mr Tishler has been desired to place himself in communication with you, furnishing you with every information bearing on the case, so that you will be enabled to arrive at a decision in regard thereto. A reference to the attached copy of the letter, will place you in a position to clearly ascertain the merits of the case.

In Aaron’s letter itself, he writes:

It is now twenty-five years since I married my wife, outside of Judaism, and the result of that union has been a large family of sons and daughters who I wish to bring within the covenant of Abraham.

I have received a communication from Mr. Aaron Tishler, setting forth the details of his application. I presume that your worthy Minister has also made successful enquiries into the case and has confirmed that Mr. Tishler is not a Kohen. This being the case, I hereby authorise the entry of Mrs. Tishler and their children into the pale of Judaism with the prescribed formalities.

With best wishes of כ ו ח ט (kesima v’chasima tova) for the approaching Festivals, and heartfelt prayers for the continued welfare of your congregation.

However, it seems that the dayanim (rabbinical judges) discovered that Aaron was in fact a Kohen, a discovery that was either news to Aaron (albeit unlikely), though it seems more likely he simply neglected to tell them. Traditionally, a Kohen (someone of priestly descend) was forbidden to marry a converted woman, and as such, the decision to allow Maria to convert was revoked, but as a compromise, they allowed their children to go to mikveh and become Jewish upon marrying within the faith. Aaron and Maria went on to have eighteen children together, Rachel- my great great grandmother, being the third born.

In 1871, Maria and Aaron returned to Australia and settled in Melbourne. Until just before Maria’s death in 1912, they lived together in a terrace house in Ramsden Street, Clifton Hill. Following Maria’s death, Aaron lived in High Street and then Inkerman Street, St Kilda- the home of Rachel, Henry and their children. Maria’s obituary in the Argus newspaper reads:

A long sufferer gone to rest

May her soul rest in peace. 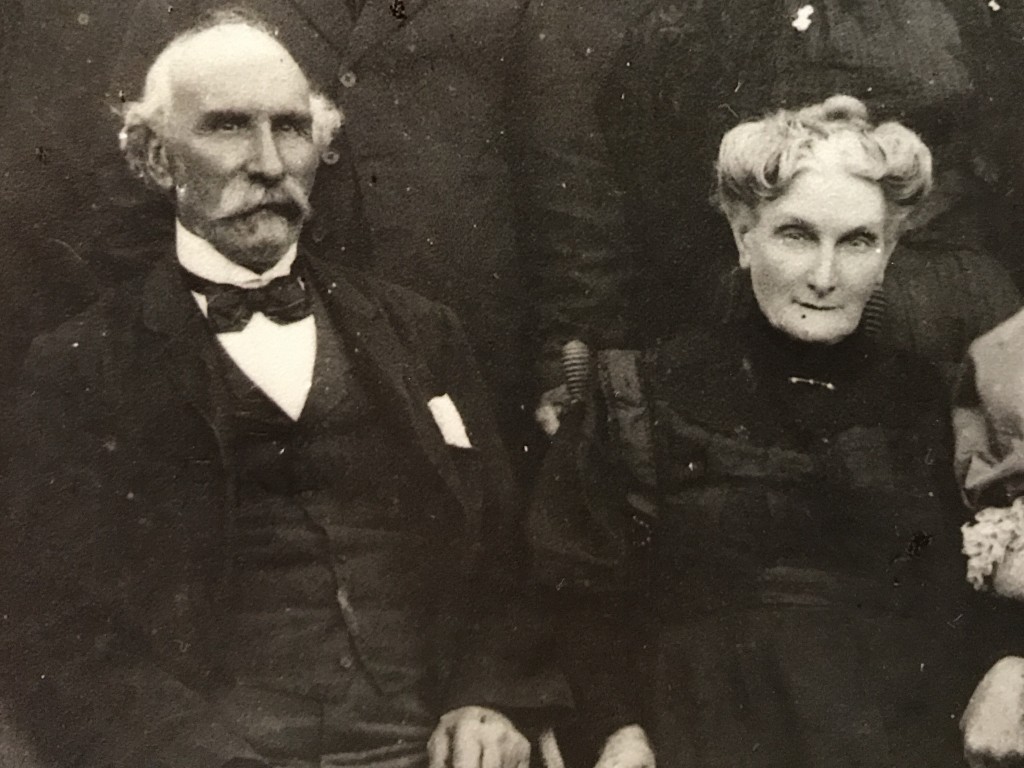 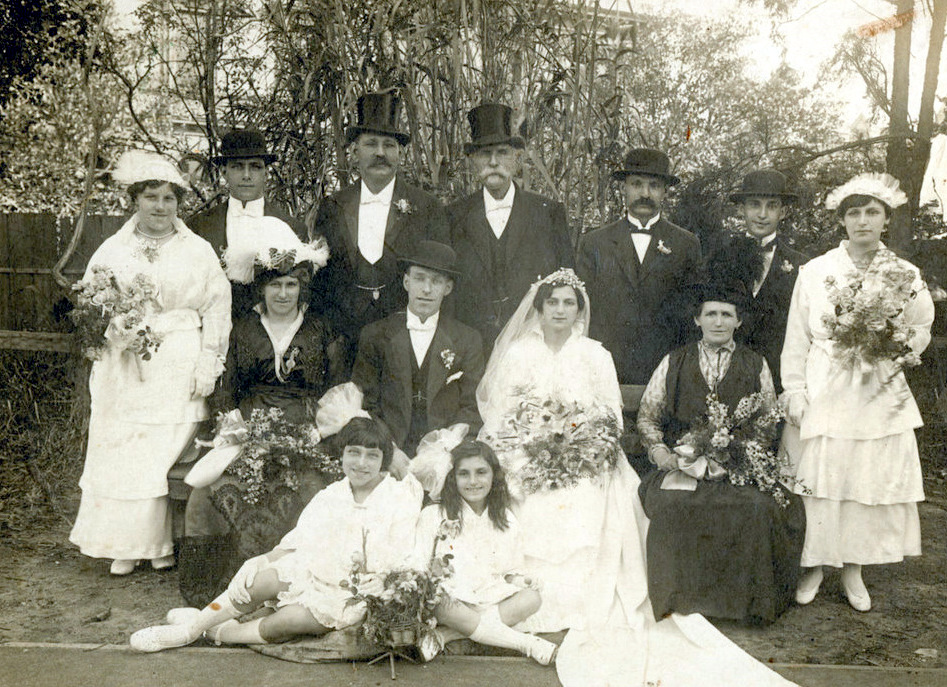 Hymie and Rae Nathan Wedding 1914
(Henry and Aaron middle back)

Aaron died in August 1917 at the age of ninety-one. Though his matzevah (headstone) makes no mention of him being a Kohen, he is fittingly commemorated as Reb Aharon bar Avraham.

Henry was born in Middlesex, England, one of nine children born to Lipman ‘Lippie’ Nathan and Phoebe Silver. After migrating to Australia alone, he and Rachel met and were married soon after. The remainder of the Nathan family remain in England to this day. Henry came from a large, very wealthy Jewish family who had migrated to England from Amsterdam. Henry and Rachel had fifteen children, ten of who lived to marry and have children, while five children died in their infancy. They are all buried in the Jewish section of Melbourne General Cemetery in Carlton. The fifteenth and last child born to Henry and Rachel, Julie, was my great grandmother. During Henry and Rachel’s married life, Henry worked primarily as a fishmonger, accredited with starting the first fish and chip shop in Australia at 83 Johnson Street, Fitzroy. In 1935, Henry died aged seventy-one in Melbourne, one year prior to his grandson, Harry- my grandfather, being born.

Thirteen years later in 1948, Rachel died aged eighty-two. Henry and Rachel are buried together as Tzvi bar Leib and Rachel bat Aharon in Brighton Cemetery’s Jewish section. Maria is buried in the Church of England section on the other side of the cobblestone path, and Aaron is buried beside his daughter and son-in-law.

NATHAN – On November 19, at the residence of her daughter (Mrs. A. Hoffman), 36 Kingsley Street, Elwood. Rachel, loving mother of Julia and George Curtis, darling nanna of Harry – Peacefully sleeping.

Throughout my childhood, Rachel was mentioned only in passing- the odd comment here or there, the occasional recollection. Never wistful, of course. Always seemingly trivial and insignificant, but recollections nonetheless. It’s the flesh and blood moments that we hold onto through life. One’s pronunciation of certain words. One’s humour or asides. A particular recipe. The look one gave at the particular moment of an event unfolding. Those flesh and blood moments exist no more. There’s no stories to be handed down, nothing to be transmitted from one generation to the next. It’s all been consigned to dust, along with the person who lived out those tales. It’s a great sadness, though there is no grief. Her death is too old- too distant, too remote for any sorrow or grievance. But kaddish reminds me not of the sadness of her death but rather of what is meant by living a good and dignified life. Kaddish doesn’t embellish her death, but rather it reminds me to pay tribute to her life. Though I’d love to know more about this life that once was, I do not mourn her. Rather, I solemnly commemorate the fact she lived, a life that in part is responsible for my being here. I say kaddish not because I am a mourner but because I wish to be a rememberer. One day, no doubt, I will have to say kaddish as a mourner, though now it is simply and inexhaustibly an act of remembrance. It is, as far as I’m concerned, the very least I can do. Surely I owe her this much. Kaddish- the Living Word, connects me to her Jewishness and binds me to the Jewish life she lived- her chuppa, the birth of her children, the britot of her sons, the bar and bat mitzvahs of her sons and daughters, their marriages and the families they created, as well as the deaths and levayot of her children who died in their infancy.

We’re told that the foundation of every Jewish life are the pillars of chuppa, Torah and ma’asim tovim– marriage, a love of Torah and good deeds/pure attributes. But the sum of a life, as we know, is comprised of all of its parts. And so, separated by seven decades and several generations, I will invoke the kaddish, simply, in the hope that I will be able to honour her life and her memory, and amazingly, it seems that through my kaddish, a small part of her will come back to life. That, at least, is the only afterlife that I can begin to conceptualise and understand. 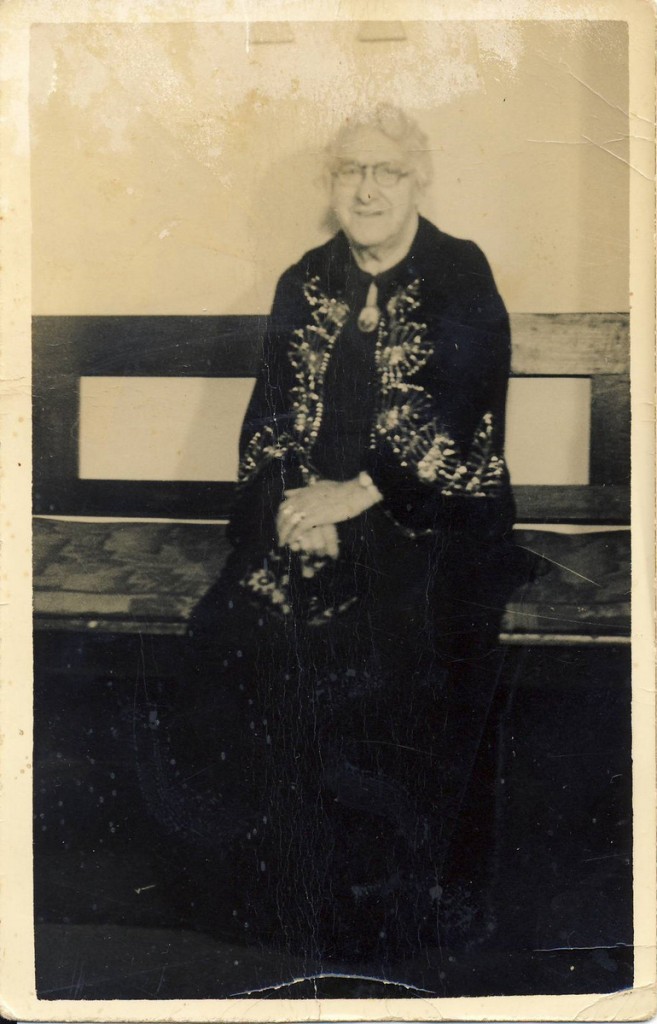 About the Author
Ike Curtis is twenty-two years old and lives in Melbourne, Australia. In June 2017, he completed a five year process of orthodox conversion to Judaism through the Melbourne Beth Din. He is currently undergoing a Bachelor of Arts degree at Monash University.
Related Topics
Related Posts
Ike Curtis
Comments