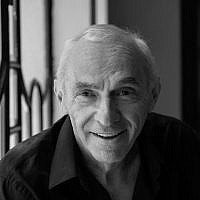 Is the Jewish Agency run by acolytes of Franz Kafka?

For over two years, I have been periodically visiting the Jewish Agency office in Budapest trying to submit all the documents needed for my application for aliyah.

Born in Budapest at the Jewish Hospital in 1953, I come from an orthodox Jewish family. My mother survived Auschwitz, and my father survived Hungarian slave labor service in Ukraine.

I have brought to the Jewish Agency representative in Budapest the following documents:

For reasons only Kafka might understand, I have not received any notification from the Jewish Agency that my application is acceptable. Actually, I have received no response at all, neither acceptance nor rejection.

I am climbing the hill to the Castle. As Wikipedia says, “The Castle is a 1926 novel by Franz Kafka. In it a protagonist known only as ‘K.’ arrives in a village and struggles to gain access to the mysterious authorities who govern it from a castle supposedly owned by Count Westwest. Kafka died before he could finish the work, but suggested it would end with K. dying in the village, the castle notifying him on his death bed that his ‘legal claim to live in the village was not valid, yet, taking certain auxiliary circumstances into account, he was permitted to live and work there.’ Dark and at times surreal, The Castle is often understood to be about alienation, unresponsive bureaucracy, the frustration of trying to conduct business with non-transparent, seemingly arbitrary controlling systems, and the futile pursuit of an unobtainable goal.”