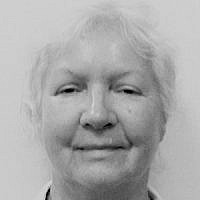 Moshe Kahlon’s entrance back into Knesset politics reveals an alarming trend in the Likud. Members may not be Centrist or Right–wing, but Left-wing.  Kahlon is remembered for his “social platform.” Meeting with “youth activists” in Tel Aviv, he told them “he would not hesitate to concede land ‘if that is the situation’.”

On December 5, 2014, Arutz Sheva and Ynet news reported more Kahlon statements: “I am a product of the Likud and my worldview is center, slightly leaning to the right.” “Real Likud knew how to make peace, how to concede territory,” . . . “We will not . . . hesitate to vacate territory,” . . .

RIGHT-WING: They are skeptical that peace with “terrorists” will be achieved, and reluctant in ceding land. Whether Arab/Palestinians are PA, PLO, or Hamas members, they know such “terrorists” have never honored any agreements.

LEFT-WING: They anxiously want a “peace agreement” ASAP with Arab/Palestinians – regardless if it is not in Israel’s best interest. Ceding land to try and achieve “peace” with “terrorists” is on the table. The disastrous moronic 1993 Oslo Accords are a good example of the cause and effect of making “peace” with Arafat – the “Father of Terrorism.” From 1993 – 2014, the Jewish Virtual Library statistics show that Palestinians have killed over 1,500 Israelis in “Terrorism against Israel.”

CENTRIST: Knesset parties that don’t identify with right or left politics are considered “Centrist.” Generally, they support socio-economic issues such as housing, minimum wage, pensions, and health benefits. They have also tried to push the “peace process” forward with terrorists.

By the three descriptions above, clearly, Moshe Kahlon is not “Right-wing” or “Centrist,” but “Left-wing.” He is willing to “vacate territory” in Eretz Yisrael today without hesitation. Kahlon’s mindset has no resemblance to the Likud Party’s 1977 original platform text, which states, in part:

a. The right of the Jewish people to the land of Israel is eternal and indisputable and is linked with the right to security and peace; therefore, Judea and Samaria will not be handed to any foreign administration; between the Sea and Jordan there will only be Israeli sovereignty.

b. A plan which relinquishes parts of western Eretz Israel, undermines our right to the country, unavoidably leads to the establishment of a ‘Palestinian State,’ jeopardizes the security of the Jewish population, endangers the existence of the State of Israel, and frustrates any prospect of peace.

a. The Likud government will place its aspirations for peace at the top of its priorities and will spare no effort to promote peace. . . .

Settlement, both urban and rural, in all parts of the Land of Israel is the focal point of the Zionist effort to redeem the country, to maintain vital security areas and serves as a reservoir of strength and inspiration for the renewal of the pioneering spirit. The Likud government will call on the younger generation in Israel and the dispersions to settle and help every group and individual in the task of inhabiting and cultivating the wasteland, while taking care not to dispossess anyone.

The PLO is no national liberation organization but an organization of assassins, which the Arab countries use as a political and military tool, while also serving the interests of Soviet imperialism, to stir up the area. Its aim is to liquidate the State of Israel, set up an Arab country instead and make the Land of Israel part of the Arab world. The Likud government will strive to eliminate these murderous organizations in order to prevent them from carrying out their bloody deeds.”

How did the Likud party end up blatantly violating its 1977 platform? Are Likud members primarily “Left-wing” today? Did they give their stamp of approval to Likud PM Netanyahu (i) to freeze settlements in Judea /Samaria; (ii) to destroy/disengage settlements; (iii) to turn 80% of Hebron over to Arafat’s Arab/Palestinian “terrorists” in the Hebron Accord; and (iv) to release over 1,000 terrorist murderers from prison that shed the innocent blood of countless “victims” in Eretz Yisrael?

Before giving a single vote to the Likud party today, the House of Jacob/Israel must address the serious questions above – if they believe the “right of the Jewish people to the land of Israel is eternal and indisputable” . . . Obviously, Kahlon has no physical, mental, or emotional attachment to Eretz Yisrael, whatsoever. He believes land can be ceded to Arab/Palestinian “terrorists” – seeking to wipe Israel off the map!

Anyone despising “all the land of Canaan, for an everlasting possession” that G-d gave exclusively to Abraham and his “seed” are not his true Hebrew descendants. G-d forbid such “Jewish-Gentiles” should be voted into office! (Genesis 17:8)

(The original 1977 Likud Party platform text can be read at: http://duncankennedy.net/documents/Is-Pal/class21/The%20Likud%20Party%20Platform.pdf)