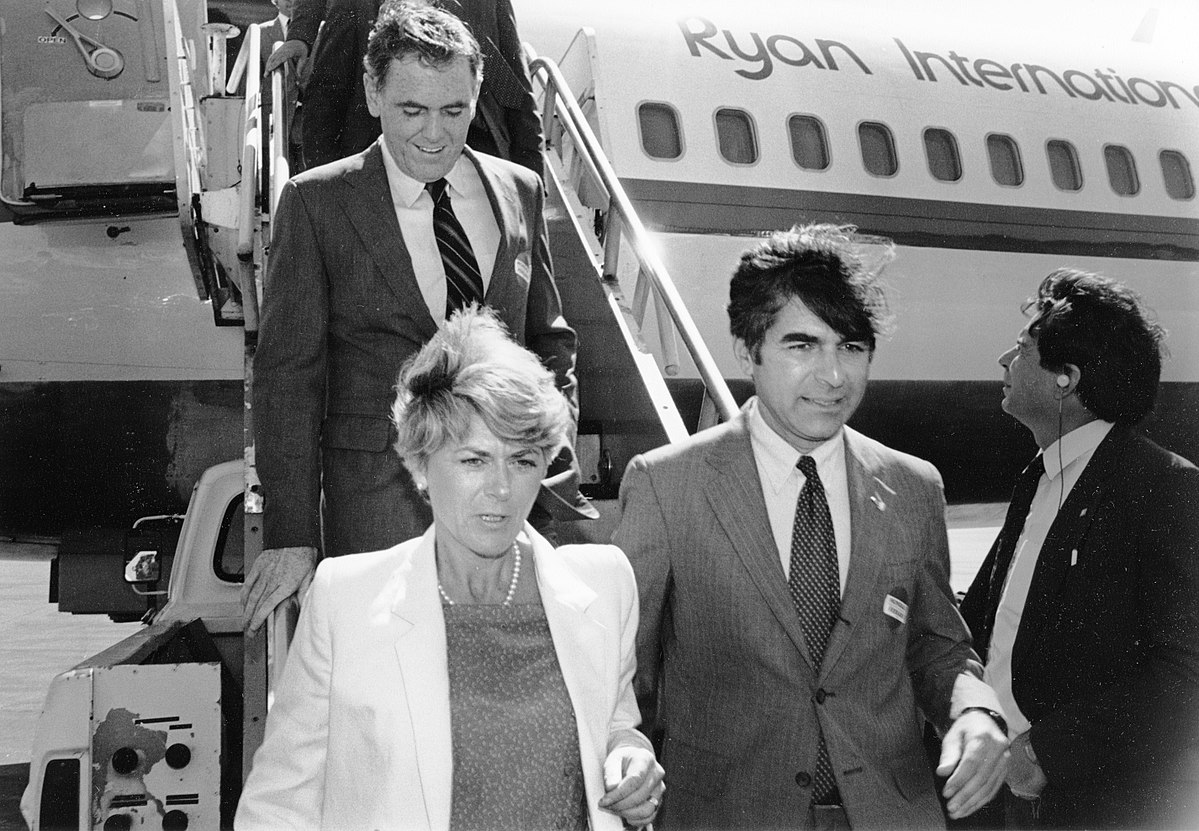 I was a teenager back in 1984 and was excited that Geraldine Ferraro was nominated for Vice-President of the United States. And although she and Walter Mondale lost in a landslide, I remember thinking that this was a good sign, women were on the ascendency.

There were many girls in my high school class who were leaders; in fact the four brightest students were young women, but it would be 24 years until Sarah Palin would be a nominee for vice-president and then another eight before Hillary Clinton almost broke the glass ceiling, losing the election for president, although she won the popular vote by more than 2.8 million votes. 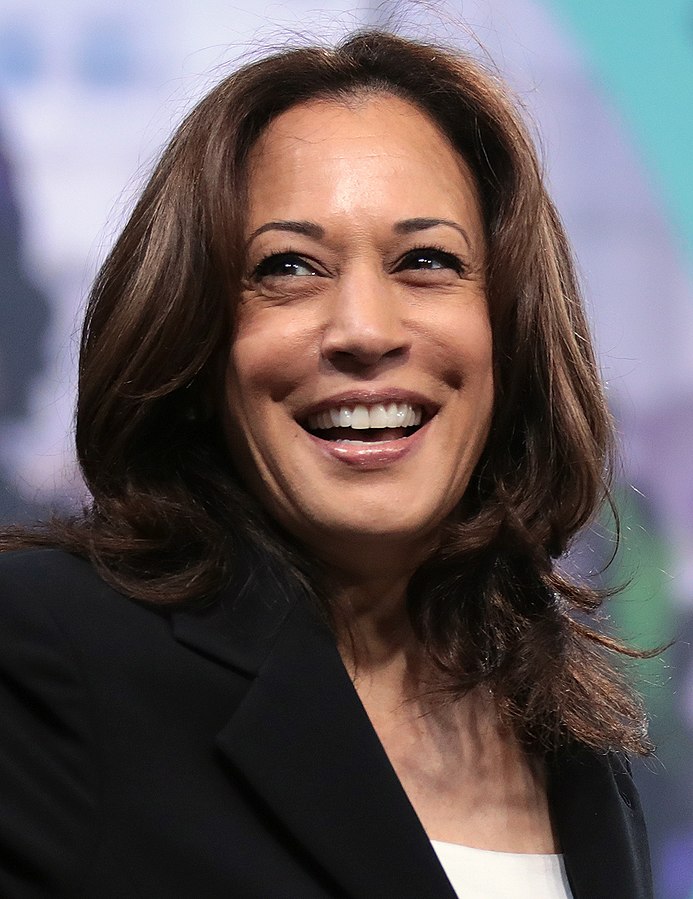 U.S. Senator and Vice President-elect Kamala Harris speaking at the 2019 National Forum on Wages and Working People hosted by the Center for the American Progress Action Fund and the SEIU at the Enclave in Las Vegas, Nevada. Image by Gage Skidmore from Peoria, AZ. (CC BY 2.0)

But finally now, we have a woman in Kamala Harris elected as our next vice president and I cannot tell you how excited I am. She brings many firsts to the position – the first woman, the first black woman, the first person of Indian descent.

As you can imagine, women naturally bring a different perspective to leadership than men and it is one that humanity has not been listening to enough.

For me as a leader, it is critical to have women on my leadership team and I turn to them to be my partners and thought-leaders, guiding me and bringing perspectives and ideas that I may not have considered. For much of human history, much of the narrative has been dictated by men and that has not been all bad, but it has been one-sided and it has certainly been incomplete. It is long overdue to remedy this. Kamala Harris’ election is the next step in remedying this. 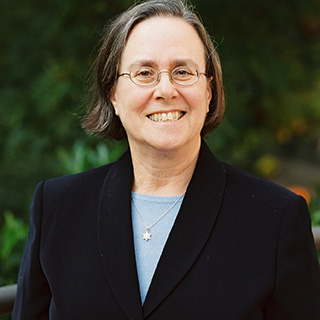 In my life, having a mother who was a strong leader; one who rose to the highest ranks of power in her career and in her institution taught me that men and women are truly equal.

But over the years, I have come to realize that all of that is still fragile.

Those gains can slip away.

One decade’s gains can vanish in the next decade.

One generation’s hard-fought advancements can easily be whittled away by those who do not want to see women in positions of power and by systems of power that continue to suppress women’s voices.

Egalitarianism is not something to be taken for granted.

Parashat Tol’dot begins a trilogy about Jacob; three Torah portions about our central forefather: this week he is born, he is named: Ya’akov, which means “heel” and then he acts like one, swindling his brother out of his birthright for a steep price, a third of his father’s estate and deceiving his elderly father to steal his brother’s blessing; next week, the trickster will get tricked, and then it will all culminate in the third installment. 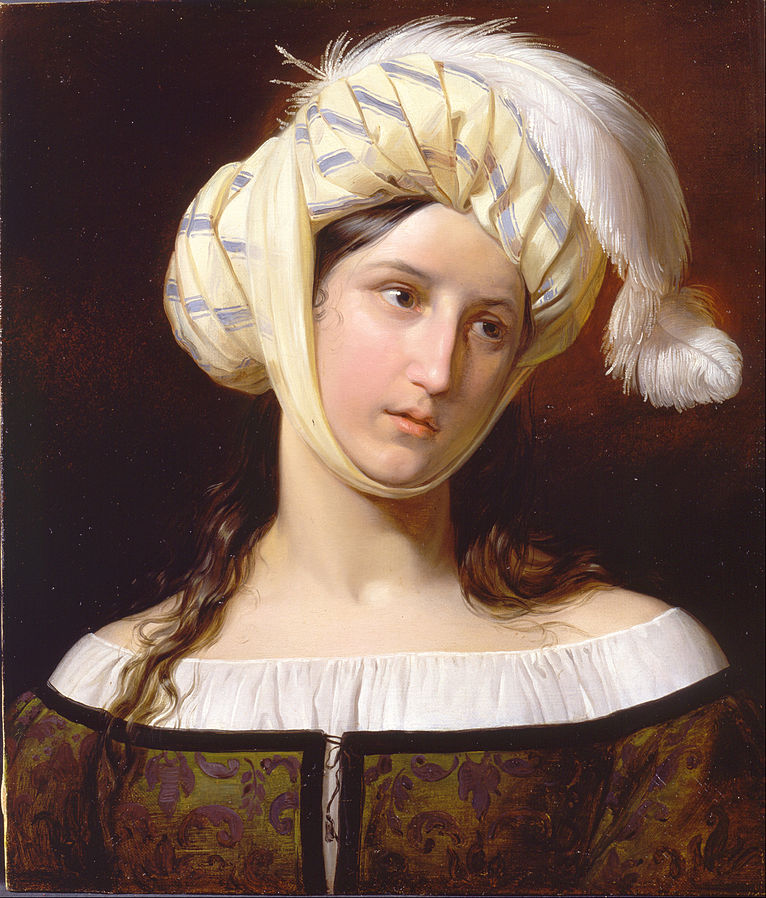 But in actuality, the main protagonist of this week’s parashah is not Jacob; it is not Ya’akov at all; it is his mother, Rivkah – she is the central actor, driving the plot, and given when this text was written – thousands of years ago – we can see this as a revolution in women’s rights for it’s time.

First, while the parashah says it is beginning with Isaac and his generations, it quickly turns to Rebecca. She runs the family, undertaking the task of determining how God’s choice will be enacted. She is the one who ensures that God’s blessings go the way that the Divine tells her they should.

While Isaac has the formal authority to bless, she is the one who chooses who gets blessed in the final verdict, substituting one son for the other – against her husband’s wishes.

That’s the real power behind the throne.

But it’s not just that, listen to how the parashah opens – we actually are given an insight into how Rebecca is thinking – that is something that is rarely done with men, let alone women, in the biblical narrative. As she feels the pain of her twins pressed against each other and against her womb, she thinks to herself: “lamah zeh anokhi – If this is so, why do I exist?” (Gen 25:22)

This demonstrates a real ability to be self-reflective, a fairly unusual quality among most biblical characters – male or female. And things get even more remarkable as she then seeks out the Divine for assistance, as the Torah relates: “Vateilekh lidrosh et-Adonai – she went to inquire of Adonai.”

What does this mean? It’s not perfectly clear. Many of the classical rabbinical commentaries tried to play this down, claiming that Rebecca did not have direct experience of God, that was some kind of mediated experience. But that is not my reading of the words. It says “she went to inquire of God.”

And God answers her: telling her she has two nations in her womb!

There are other mothers in the Tanakh, in the Hebrew Bible, who are told of their sons’ futures, including Hagar and Samson’s mother. And yet, it is still striking how she is given so much inside information, which Isaac is never told. She knows what has to be done and that drives the entire narrative. When viewed through that lens, her behavior appears to be less problematic than at first glance; she is not simply a parent playing favorites, but someone who has been given a glimpse into the Divine Will, and is doing her best to carry out the Cosmic plan, as strange as that might sound to our modern ears.

Fascinatingly, the spotlight does not leave her – even as she gives birth. As the Torah states in its most rare form: “When the time came for her to give birth, lo – she had twins in her belly!” (Gen 25:24) Again, the focus is on her experience of childbirth – a  fairly infrequent occurrence in ancient texts that were dominated by the male experience. 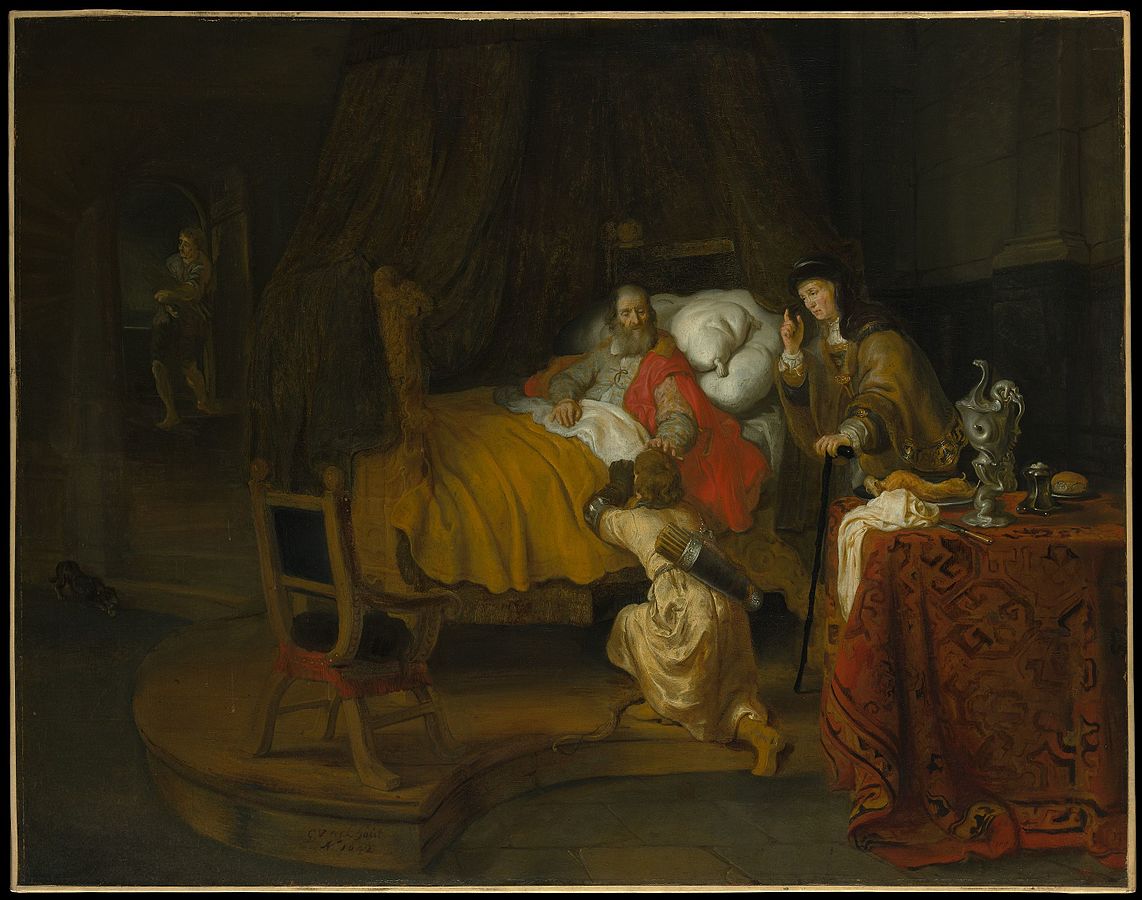 Later on in the parashah, Rebecca is the main driver of the action when Jacob has to trick Isaac for his special blessing. She overhears Isaac tell Esau to prepare the special BBQ he loves. And then after Rebecca shares the intel with Jacob, she conceives of a plan, and when Jacob objects to it, she convinces him that if he gets caught: “Any curse that you get will be on me, son – just listen to me!” (Gen 27:13)

Where Isaac is quiet, timid and weak, she is strong, powerful and forceful.

Without her, the covenant would not continue properly – she is the missing link between Abraham and Jacob.

The list of major leaders should be as follows: Abraham, Rebecca and then Jacob. Since we are an egalitarian congregation and we list all seven patriarchs and matriarchs, this difference does not get noticed, but you get the point.

We should appreciate how radical this was for 3,700 years ago when this narrative took place and some 2,600 years ago when it was written down. Women have held the highest positions of leadership in Judaism throughout history, though sporadically: Miriam, Moses’s sister, played a prominent role; Deborah was a judge 3,100 years ago, and Golda Meir was Prime Minister of Israel almost half a century ago. 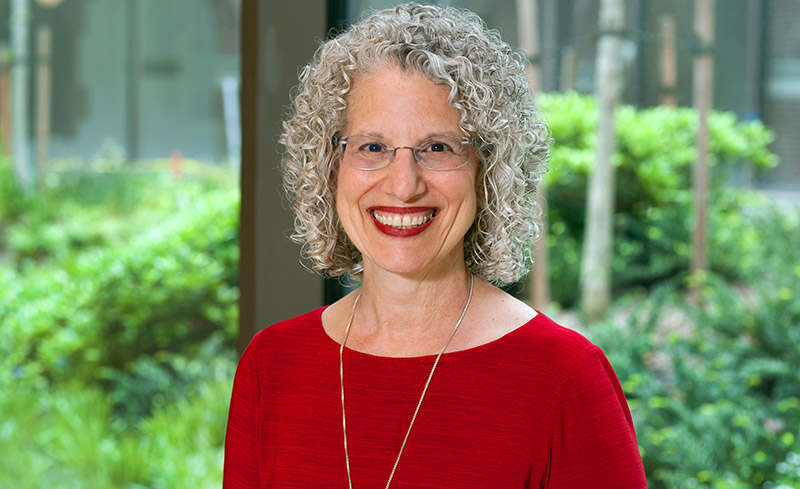 And, I share with great pride that my mother was Vice-Chancellor of the Jewish Theological Seminary 30 years ago, the first woman to reach that rank in the history of Jewish religious life. And this summer, Dr. Shuly Rubin Schwartz became the first woman chancellor of JTS. So these glass ceilings are finally breaking all around us.

And so, we should be thankful that finally, finally, women are reaching all the highest positions of power.

And now, our daughters can be as powerful as Rebecca in the Torah. Having a role model like Kamala or Rebecca is a game-changer not just for those who see their identity directly reflected in her, but for all of us.

May Kamala be blessed as Sarah, REBECCA, Rachel and Leah.