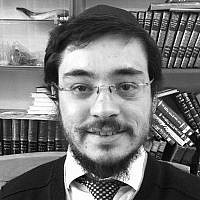 The Blogs
Dovid Markel
Apply for a Blog
Advertisement
Please note that the posts on The Blogs are contributed by third parties. The opinions, facts and any media content in them are presented solely by the authors, and neither The Times of Israel nor its partners assume any responsibility for them. Please contact us in case of abuse. In case of abuse,
Report this post. 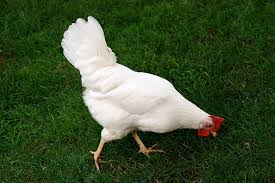 Each year, before the holiday of Yom Kippur, the Jewish Day of Atonement, social media and standard media explode in an outrage of the Jewish custom of Kapparot.

The practice of taking a chicken, swinging over one’s head while a formula is recited, slaughtering it and eventually giving its meat to the poor to eat, is evidently too much for western sensitivities to handle.

Let’s face it, the American population loves their chicken. According to the National Chicken Council, the per capita intake of chicken in the U.S. in 2016 will be 90 pounds. If that number is correct, it would mean that the U.S. is projected to consume around 29 billion pounds of chicken this year. That is quite the poultry intake!

However, while Americans are theoretically aware that their food was once a living creature, most are hardly consciously mindful of that fact. Ask an American to describe to you chicken and he’s more likely to describe to you the drumstick or thigh on his plate, and will seldom illustrate a living, squawking bird.

So, while we love to ingest voluminous quantities of the fowl, we like imagining it as the packaged meat from Agri Star Inc. or the like if you are a kosher consumer, or in a neat container from Tyson Foods Inc. for the non-Kosher consumer—not as a living, breathing creature.

In truth though, this tremendous desensitization that the American public has gone through is emotionally and psychologically unhealthy.

For, while G-d in the Torah (Bible) permitted the consumption of meat, one should not callously view it as his next dinner, but should feel pained that a living creature needs to be killed—albeit for good purpose.

This mercy that one is to have towards all of G-d’s creatures is expressed in the verse (Psalms 145:9) “The Lord is good to all, and His mercies are on all His works.” Indeed, it is because of this lack of feeling towards animals that the Talmud (Baba Metzia 85a) recounts the following about the punishment that befell the great Jewish sage, Rabbi Yehuda the Nassi:

A calf was being taken to the slaughter, when it broke away, hid his head under Rabbi’s coat, and lowed [in terror]. “Go,” he said, “for this is why you were created.” Thereupon they said [in Heaven], “Since he has no pity, let us bring suffering upon him.” “And departed likewise [due to his actions].” How so? — One day Rabbi’s maidservant was sweeping the house; [seeing] some young weasels lying there, she attempted to sweep them away. “Let them be,” he said to her; “It is written (Psalms 145:9), and His mercies are on all His works.” They said [in Heaven], ‘Since he is compassionate, let us be compassionate to him.’”

When Rabbi Yehudah made the mistake of viewing the animal not as a living, breathing and feeling entity, he was punished. It was only when he had empathy towards the pain of a nest of weasels that once again G-d showed him compassion.

In a sense, the practice of Kapparot is an important experience that meat-eaters should undergo themselves and impart to their children as well, so that they too should be imbued with a certain sensitivity towards G-d’s creatures.

Rather than Kapparot being an antiquated barbaric practice, it is a custom that is especially relevant, important and practical in today’s day—as it imparts crucial lessons before the yearly Day of Atonement.

Annually, Jews, the world over ponder the fragility of life and learn a message in humility before Yom Kippur. Traditionally, this practice is best done in the wee hours of the morning, and the intensity of the experience generally leaves a lasting presence throughout one’s thoughts of the day.

Being a part of taking a life helps one focus on the fragility of one’s own life. Connecting to the chicken in such an intimate and vulnerable way changes one’s general attitude towards the consumption of animals and the value of life.

While almost impossible to articulate in words the power of the Kapparot experience, suffice it to say that it is always a powerful and meaningful one.

The feeling that this is your chicken that is somehow connected to you, as the individual doing the Kapparot, leaves one feeling that, in a certain way, it is almost like you yourself that is being slaughtered—the chicken’s pain is, in a sense, your own.

Knowing that the chicken will serve a good purpose and will hopefully be eaten by a poor person does much to swath my inevitable chicken killing guilt. More so, it helps me have a healthy attitude towards eating the fowl throughout the year.

Indeed, the feeling of connection is so great, that as a girl, my sister did not consume chickens for a number of years after the trauma of seeing life taken at Kapparot.

While one generally views trauma as a negative, one should definitely be averse and pained to seeing a life being taken. I believe that this is an important lesson for children—and ourselves—keeping in mind that meat does not come from a package but from a living and breathing creature.

In Jewish Law there is an interesting ruling concerning certain instances of capital punishment. Maimonides (Laws of Courts 15:1) expresses that the witnesses who testified concerning the guilt were actually the ones that carried out the execution.

I believe that this has a powerful lesson: If a person is willing to testify about a capital offense, he should not do so lightly—he must himself be ready to carry out the sentence. The same can similarly be said about the consumption of meat: if a person is ready to consume meat, he should be present, pained and empathetic about the killing of G-d’s creatures.

This leads to the yearly outrage about the Kapparot practice.  There are approximately 24 million chickens that are killed daily in the U.S., yet the media is not obsessed with discussing the slaughter of chickens 24/7.

The reason is obvious: Out of sight is out of mind. Doing the Kapparot in residential areas forces us to think about the unpleasant reality, that the only way to consume meat is by killing a living creature.

Accordingly, I’d like to express why I believe the yearly outrage to the slaughtering of the Kapparot in actually positive. The Zohar (Zohar Chadash, Rut 25b) explains, that reason that one must send the mother bird before taking her eggs is not only as Maimonides elucidates (Guide, 2:48), so that the mother will not be pained by the taking of her eggs, but in certain way, the very opposite.

When the bird cries for her eggs, this elicits a certain pain from G-d on his chicks. G-d hears her call and has mercy on His creatures and on Israel.

The same can be said with the yearly outrage of killing living creatures. Modes ponens, if the pain brought to animals deserves outcry and our mercy—than surely the pain and suffering of human beings is exponentially more terrible, outrages and deserving of our sympathy.

My G-d indeed be keen to the mercy and pain of the slaughter of his creatures and ensure the Jewish people—and indeed all mankind—be inscribed for a year of blessings and good!

About the Author
Rabbi Dovid Markel is the director of the Neirot Foundation of Jewish Thought and regularly writes on current events from a Judaic perspective. He is currently pursuing a Ph.D in Jewish Philosophy.
Related Topics
Related Posts
Comments