Karaite Judaism is a movement that rejects the Oral Law (Talmud) and follows the Torah as it is written. Karaism dates back over a thousand years and is alive and well in Israel today. 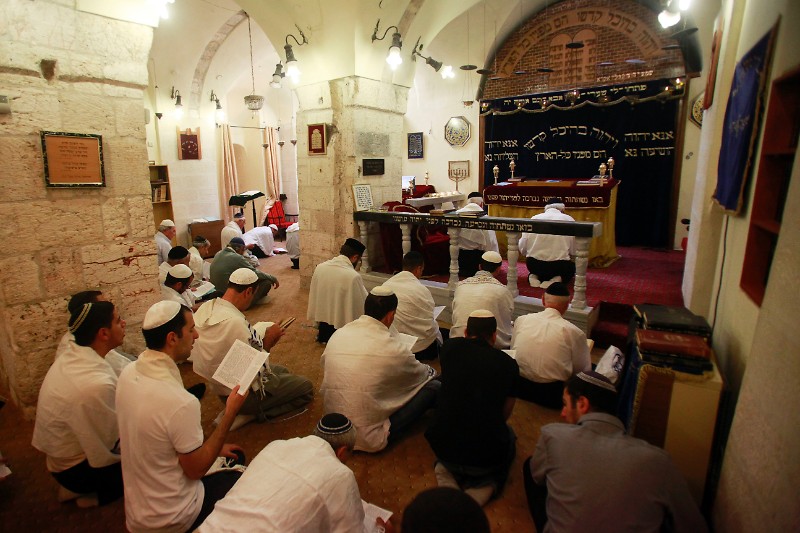 Karaite Jews Pray at the Karaite Synagogue in Jerusalem

Years ago, I was in a class on Judaism. I had reached a point of perplexity. My teacher explained that even though the Torah says the first month is that of Aviv (Nisan), the Rabbis say it is the month of Tishrei, when we observe Rosh Hashana, the Jewish New Year. Does one find that holiday in the Torah? No. Vayikra (Leviticus) 23:24 refers to a holiday called Yom Teruah, the Day of Shouting or of Trumpet Blasts. The holiday is one day long and is to take place on the first day of the seventh month. My teacher then made a statement that would change my life: “The Torah says but the Talmud explains…”

I immediately corrected him: “the Torah says and the Talmud contradicts…” It was at that point that began my own journey to the written Torah. Who are these Mishnaic Sages? Who gave them the authority to interpret, add to, subtract from, and contradict the written Torah? In fact, Devarim (Deuteronomy) 4:2 clearly commands that no laws should be added to, or subtracted from, the written Torah. While I have studied the Talmud, including at Yeshiva in B’nei B’rak, Israel, I have yearned to learn from those who also do not fully concur with the Oral Tradition.

Eventually, I found the Karaite Jews. As fate would have it the Karaites have a synagogue in Daly City, near San Francisco, near where I grew up. I visited frequently and began to learn about a rich and wonderful history. I also enjoy that, composed largely of Egyptian and Iraqi expats, there is a Middle-Eastern flavor to the faith that is uncommon in diaspora; and the food is excellent!

Karaism is form of Judaism many believe to be extinct. Ask almost any Rabbi today and he will tell you that the Karaites don’t exist anymore, or that they are Christians. Actually, Karaites are definitely Jewish and are included in Israel’s Law of Return. Today, there are over 12,000 Karaite Jews living in Israel and they have some 14 synagogues there. The oldest synagogue in Jerusalem is the Karaite synagogue between Tif’eret Yisrael and HaKaraim Streets across from the Tif’eret Yisrael synagogue.

According to Rabbinical legend, Karaism began with a man named Anan Ben David, who lived in Iraq over 1200 years ago. As the story goes Anan had an argument with his Rabbi and, unwilling to accept the Oral Law, went off and founded Karaism. This ought to be a familiar story. According to, essentially the same legend, Yeshua (Jesus) and Muhammad likewise formed new religious movements after refusing to accept the authority of the Rabbis. A common theme in Judaism today is that we can never, absolutely never, even discuss, consider, or dispute the authority of the Mishna, the Talmud, the commentaries built upon them, or that of the living Rabbis and Rebbes.

One might ask why the Rabbis are so insecure that they refuse a healthy debate as to the origins of their religious authority? Probably, because they know all too well that the Sages and Rabbis have no authority whatsoever under the written Torah. The modern Rabbinical movement arose from the Pharisee religio-political movement that came into existence some 2200 years ago. Josephus described a Judaism two millennia ago that was very diverse and had many different variations; some of these variations have been preserved by the Karaites.

If the Rabbis did not take their authority so seriously and were willing to debate and discuss their teachings openly and rationally, Judaism would be a healthier, more enlightened, and more civil faith. Judaism today includes nearly as great a variety as in the time of Josephus: the Karaites, the Reform and Conservative movements, Beta Yisrael (the Ethiopian Falashas), the Hassidim and the Mitnagdim, Ashkenazic and Sephardic traditions, and still smaller religious, ethnic, and cultural groups. Perhaps under a more open and fruitful discussion and debate of the wide range of Jewish identities, practices, and ideas, more Jews would hold modern Rabbis in higher regard. Unfortunately, power and authority seem to be the only goal, of not obsession, of so many of Israel’s Rabbis today. 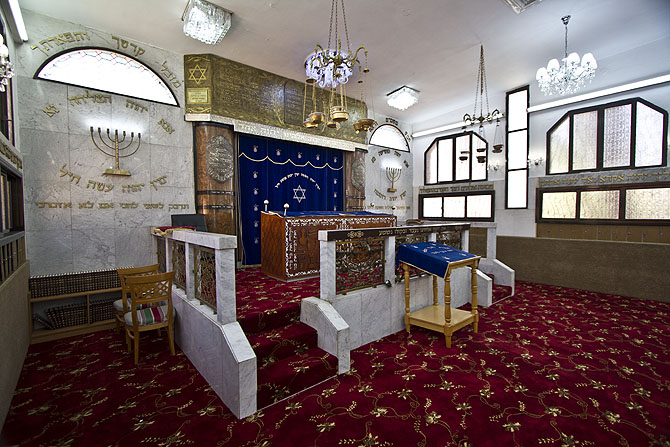 According to the Karaites, their movement coalesced as a community from a plethora of synagogues that did not recognize the “Oral Torah” and did not want to accept it as law. As the pro-Talmud faction grew in influence, they tried to exclude those congregations that refused to accept the authority of the Oral Tradition. The non-conforming communities then organized themselves and were eventually recognized by Islamic authorities, and rightly so, as a separate form of Judaism. To credit this version of events, the Karaite scholar and historian Jakub Al-Qirqisani, who lived in Isfahan, in modern day Iran, wrote of how, in his time, there were many differing practices within Karaite Judaism and that there was no unity of tradition among those communities. Indeed, it would take several centuries to form a single unique set of Karaite traditions and practices.

Hakham (wise man) Al-Qirqisani also ridiculed Anan Ben David’s theological notions, as was quite common among Karaite Hakhamim. It has been noted that Anan’s sons attended a Rabbinical school, and thus an objective historian might safely question whether Anan was associated with Karaite Judaism at all.

The Karaite Hakham Daniel Al-Kumisi led a large Karaite community to live in Jerusalem in the middle of the 9th Century CE. The documents of the Cairo Geniza confirm the existence of a substantial Karaite Jewish community on the Mount of Olives adjacent to the Rabbinical community that lived in the southern portion of the City of David (today Silwan). Documents also record intermarriage between the two communities and the exchange of letters and religious ideas between them. Far from “minim” (heretics), the Rabbinical Jews of that time treated their Karaite brethren as fellow Jews. Saadia Gaon and later Mosheh Ben Maimon (the Rambam) would declare Karaites heretics and seek their exclusion from Jewish life. Nevertheless, where Karaite and Rabbinical Jews lived together for the next millennium they would live as brothers.

Karaites have been strong Zionists right from the start. Dr. Moshe Marzouk, for example, was a Karaite executed by the Egyptian government in the 1950’s for working with Mossad. Today’s Karaite Jews live in Israel as average Israelis. Karaites work, in fields ranging from nuclear engineering to higher education. Karaite Jews serve in the IDF, both in the mandatory period of conscription and some professionally.

The Karaite Jews face many challenges in modern Israel. Rabbinical authorities, convinced of their own superiority, have sought to take from the Karaite Jews their right to conduct their own marriages. Karaite Kasher meat for many years could not be labeled “Kosher.” The courts only recently overturned that regulation. In response, Rabbinical authorities have sought to ban Karaite shokhets (slaughterers) from all slaughtering facilities in Israel.

If Israel does not have room for Karaite Judaism, and the wide array of Jewish customs, beliefs, and religious movements, then the notion that Israel is a Jewish Democratic State is a lie. In order for Zionism to succeed and for Judaism to prosper, every Jew must be included equally. Together we will draw strength from our brotherhood, divided we will, once again, become weak and vulnerable.

I will dedicate future articles to discussing the differences in tradition.