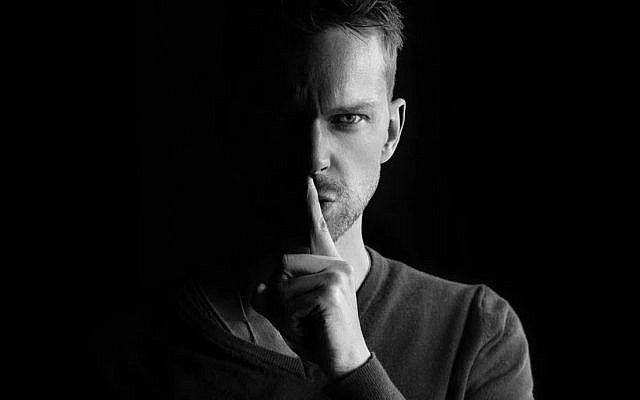 A story is told of a man who came before the Chofetz Chaim, the author of the moralistic work Shemirat HaLashon (Guard your Tongue).  He wanted to know how he might repent for defaming the character of his friend.  The Chofetz Chaim instructed him to go to the top of his roof, take a pillow stuffed with feathers, and rip it open.  While strange, he followed the instructions of the rabbi.  Upon returning to the rabbi, the rabbi now instructed him to gather the feathers.

“I cannot,” he responded.  “By now they are probably scattered throughout the land.”

“Such is the nature of one’s language!  Unlike an object that can be returned to its owner, a word once released from one’s mouth can never be retrieved.”

I lived in Israel in 1995, when I was a young rabbinical student.  I remember reading the newspaper, seeing pictures of Yitzchak Rabin draped in a kafiyah and being called a traitor to the people. Rallies were held while many prominent politicians said incendiary things about Rabin. I turned to my Torah study partner, telling him the invective and language in the street is out of control. I shared with him that I feared for his life, and that something violent is going to happen. My friend responded I was overreacting.

Two weeks later a bullet from the gun of Yigal Amir, claiming he was a traitor, claimed the life of Rabin. The language I hear now in the American political landscape very much reminds me of that time.

Parashat Kedoshim introduces a new section in the book of Leviticus, focusing on what it means to be part of a holy community.

Social cohesion and ethics are a critical part of the equation of being a holy people, including the prohibitions of financial abuse, taking advantage of the disadvantaged or the stranger, supporting the poor, and condemning anti-social behavior.  In the midst of this section, we are told “lo telech rachil be’amecha,” a phrase notoriously difficult to translate.  The JPS edition highlighted above reads the verse ‘do not deal basely with your friend;’ they are careful to footnote that the translation of the Hebrew is uncertain.  However, upon context it must mean something detrimental, as the second half is about ‘standing by the blood of your friend.’

While JPS is extremely cautious in their translation of the verse, rabbinic tradition ultimately translates the first half of the verse, a slanderer (rachil) should not walk amongst you.[1] According to Rashi, people sow discord among others through sharing evil news about others.   Similarly, the word rochel means a merchant or trader who goes from town to town, selling various knickknacks; just as a person peddles products, they also may peddle news from one town to another.   In the words of one midrash, “Do not be as a merchant who brings (gossip) from this place and delivers it to that place.”[2]  Similarly, Aramaic translation of Onkelos translates the term as one who raises their voice, making sounds, hints, or innuendos.[3]

The image is striking.  Slander and sharing innuendos about others are compared to the products of a merchant.  There are people who spread lies and innuendo because it benefits them, but the reason they benefit is that there is a market supporting the business of slander.  What is hearsay, rumor, and untruths if said enough become weaponized, and can be used against another.

The verse we are studying has two sections, ‘do not slander’ but also ‘do not stand idly by the blood of your neighbor.’  While these two clauses are in general counted as two separate mitzvot, many rabbinic texts see the second half as an explanation of the first.  The  fourteenth century commentator, the Tur writes the second half of the verse is really an explanation of why one should not slander another.[4] “Do not slander another, because that is [in essence] standing by the blood of your neighbor.”[5]  Similarly, Rabbi Isaac, noticing the juxtaposition of the two halves of the verse, says that slanderers are like shedders of blood. (Mesechet Derech Eretz, parashah 13).   How? The person who hears the slander and believes it might actually take violent action against the other person.  In other words, toxic words can create the context in which real violence can be perpetrated.  Just look at the assassination of Prime Minister Rabin to see the real danger that words carry.

Tosefta Peah states that a person will be punished in this world and have no portion in the next world because of three sins- murder, adultery, and idol worship.[6]  If one considers these three commandments, the three cardinal commandments which can never be violated, they represent three fundamental relationships through which a person exists in this world.  A person who murders violates the basic horizontal social contract with other human beings that enable society to exist.  Adultery violates the interpersonal relationships of an individual to their spouse and family.  Finally, idolatry is a violation of the vertical relationship between a human being and the sacred.  In each of these three acts, a person denies a fundamental axis upon what it means to be a human being.

However, the midrash continues: the sin of slander is equal to all of them combined.  The statement cannot mean that one act of slander is worse than murder, idolatry, or adultery.   However, the cumulative impact of slander creates a world in which human life is reduced.   We often state that the Torah tells us that human beings were created betzelem elokim, in the ‘image of God.’  However, more accurately, the word means icon. An icon points to something beyond itself.  When someone engages in character defamation, the person and their humanity become reduced.  One does not enact violence against an icon of God, unless they no longer experience the individual as such.  They and their life become reduced, and in turn God becomes reduced.  Murder, adultery, and idolatry then are symptoms of a lack of understanding of the world in which we live and the sacredness of human beings in particular.  Nothing does more to destroy this higher understanding of life than slander and evil words.

If merchants were those who would go from town to town peddling their stories, today’s merchants are those ‘social influencers’ who create followings on the internet.  Something can be written or said and within minutes millions of people know.  People’s lives can be transformed for the good, but in a 120-character tweet they can be destroyed as well.  Lies and conspiracy theories are being circulated to such an extent that people can no longer discern truth from lies.  The power of words has become weaponized in a way that is unrivaled.  Social media feeds can become cesspools of character assassination.

A story is told of another merchant, a rochel, who would go from town to town peddling his products, exclaiming, ‘who wants the elixir of life’?  Rabbi Yannai comes to him, pressing him to sell what he thinks is a magic potion of sorts.  His response is surprising:

The merchant came close to him, brought out a book of Psalms and showed him the verse, “Who is the man who is eager for life, who desires years of good fortune?” What is written (in the verses) right after it? “Guard your tongue from evil, your lips from deceitful speech, shun evil and do good, seek peace and pursue it.”

Said Rabbi Yannai: My whole life, I have been reading that verse and I did not know how to explain it until this traveling merchant came and pointed it out.[7]

The rabbi sought a potion to ensure immortality.  What he gave him was surprising, a verse from the Psalms, a verse he no doubt knew already!  What did he add?

I believe this merchant is teaching us an important lesson.  The merchant is teaching a lesson based upon his lived experiences, seeing how not only products, but news travels, destroying lives and reputations. The rabbi came to the humble merchant wanting to lengthen his days, but he responded by telling him that life is not defined only quantitatively, but qualitatively.  He quoted the text the rabbi knew, but perhaps in his rarified chamber of study did not understand its true import.

If you really love life, you will understand that life is all about our enlarged existence, through acting righteously and seeking peace.  Life is about social cohesion and shared dreams.  “[The key to true] life is language.”[8] Language is at the center of it all, and to misuse this Divine gift through lashon hara (slander) is to destroy the meaning of life itself.  The person who misuses speech may be physically alive, but they lack the understanding of the meaning of life, and in their destructive wake others suffer.

This week’s parashah tells us that we need to be smart, to maintain a sense of social cohesion.  Therefore, we need to figure out how to guard our own words.   We are warned that failure to do so will be the first step in the dissolution of society.  “Do not stand idly by the blood of your neighbor!”

Long ago, the rabbis challenged us to take this warning quite seriously.  Two thousand years later, it remains as relevant as ever.

[1] Rashi argues that the chaf of Rachil and gimmel are often interchanged.  The similar word leragel means to spy, as in the spies who spied the land of Israel and delivered evil reports.

[3] See various explanations of the Aramaic translation in Nachamnides’ commentary as well as the Tur.

[4] He notes  that there is no connecting vav- no connecting ‘and’- that one would have expected to link the two phrases, and therefore the latter part of the verse clarifies.

[6] See the list of sources in the Sefer Mitzvot Gedolot, Negative Prohibition 9