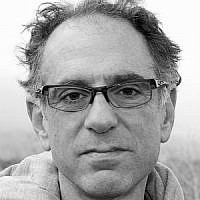 The Blogs
Sam Solomon
Apply for a Blog
Advertisement
Please note that the posts on The Blogs are contributed by third parties. The opinions, facts and any media content in them are presented solely by the authors, and neither The Times of Israel nor its partners assume any responsibility for them. Please contact us in case of abuse. In case of abuse,
Report this post.

Last week 5 people were brutally murdered in a synagogue in the Har Nof neighborhood of Jerusalem.  It is a place of worship nearly next door to my son’s in-laws (in fact, my son’s father-in-law heard the shots from his apartment) and my son sometimes prays there when he visits them. Four Jews were stabbed, bludgeoned, sliced and shot — murdered in cold blood for being Jews — at close range as well as a Druse police officer who tried to stop these Arab and Muslim Terrorists.  Yes, we need to call it what it is:  Islamic and Arab terrorism  metastasized with a full dosage of antisemitism.   The rabbis were dressed in phylacteries and prayer shawls and the scene was reminisce of photos of slain Jews during the Holocaust.   This exposes the sheer fraud of the today’s crop of victimization excuses that the Arabs present as the sources of the current conflict:

From this incident, as well as the continuous incitement of Jew hatred by senior Fatah and PA officials (and, of course, Hamas), should inform our understanding of what is really happening:

1. There is no partner or party to negotiate peace.   The Arab and Islamic culture of anti-Semitic hate needs to be detoxified from their society before we may consider any agreement.  When you hear Henry Kissinger, of whom I am not a great fan to begin with, say this — the world should sit up and listen. Fatah, of whom Abbas is the President, and Hamas, are at the forefront of calls for violence and antisemitism. Abbas, in particular, is very dangerous given his two-faced “support” for peace while advocating and condoning violence against Israel. He offers Western supporters, in an act of their willful blindness, “evidence” that Israel is the obstacle to peace.  Yet, his organization and key executives in the PA and Fatah are constantly calling for violence against Israel and praising attacks on civilians. Here are a few examples: Fatah leaders praise Synagogue murder and Fatah leaders encourage terrorist acts.

2. Today’s Islamic organizations and movements are inherently antisemitic and we all need to call them out for this.  All this political correctness when it comes to Islam is nauseating. I am amazed by the contortions liberal and left wing advocates (especially Jews) use to avoid facing this unambiguous fact.  PA and Hamas Reject Israel on Religious Grounds and Murdered Because they Were Jews. Or how about this quote from Jordan: Jordanian Parliament Offers Prayer for Synagogue Murderers?

3. The Temple Mount accusations of “contamination by Jews” as Abbas just said last week has been an anti-Semitic rallying call for Arabs to kill Jews for nearly 100 years. This is certainly not something “new”.  In fact, the anti-Semitic, pro-Nazi leader of the Palestinian Arabs during the 1st half of the 20th Century, Grand Mufti of Jerusalem, Haji Amin al-Husaini, used this accusation to initiate the infamous pogroms killing 139 Jews in 1929. This is, of course,  way before the State or any other existing “causes”.  It is well worth reading the real story of Islam’s connection to the holiest and most historic site of the Jewish People while the Muslims have always ignored and denigrated Jerusalem “Status Quo” and the Temple Mount – An Analysis.

I must digress for a moment and continue to point out the subtle and very insidious ideology published by the Times on Israel, especially by their correspondent Jodi Rudoren.  In her latest pieces on the 1929  massacre of Jews by anti-Semitic hordes of Muslims (Mistrust Threatens Delicate Balance) as well as a piece on Hamas’ publication of their new “textbooks” (Hamas Creates it own Textbooks), she adeptly rewrites the history of the massacre in the name of “dueling narratives” which seems to be the way the NYT deals with any historic issue that may favor Israel’s position and threaten their “balanced approach”. See these two links as examples and imagine the Times using this approach in dealing with Hitler and Nazism. 1929 Hebron Massacre Rewrite and NYT Rewrites History.

4. There is a culture of violence and murder that is inherent in Arab society which is mostly directed at other Muslims but is also clearly directed towards Jews.  I have noted this before in terms of Arab society’s culture of Honor and Shame. Don’t forget that the vast majority of violence in the Middle East is directed by Muslims (the wrong type) against Muslims (the right type). Calling for Jews to be killed can be even seen in music videos: Music video encouraging killing Jews by car

5. Occupation is a smokescreen for real issues such as recognizing Israel as a Jewish State and dealing with what Palestinians call the “right” of return – as has been embodied in their unique status as multi-generational refugees (I have written extensively about this in regards to UNWRA). And that is why there is no real resolution of this conflict in the near term even though on an individual or small group basis there may be evidence of reconciliation — this is not possible as a Palestinian national movement. You will see that there is NO disagreement in this regard between Hamas, Fatah and the PA.

6. There is a clear lack of understanding of the facts relating to Jewish attachment to Israel,  facts as to Jewish historic sovereignty — even facts as to historical populations statistics (see this recent piece on the basic population statistics of Israel/Palestine since 1890 demonstrating a picture that undermines the Arab narrative that has received an audience in some circles. Why do people get complacent with the things they’re told? Israel and Palestine Population Statistics)

The bludgeoning of bearded Rabbis at prayer to the cries of Allahu Akbar needs to be a wake up call to the real message of the Palestinians and our need to communicate the truth of their message to our colleagues and acquaintances. And, my friends, an affirmative and positive assertion of the truth of Jewish Zionist nationalism  and our inherent rights.

About the Author
Sam Solomon is a successful entrepreneur and business executive with experience in the legal, financial and information technology industries. He has been a jury consultant commentator on U.S. television and has rabbinic ordination.
Comments