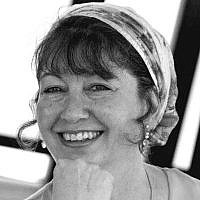 The Blogs
Naomi Linder Kahn
Apply for a Blog
Advertisement
Please note that the posts on The Blogs are contributed by third parties. The opinions, facts and any media content in them are presented solely by the authors, and neither The Times of Israel nor its partners assume any responsibility for them. Please contact us in case of abuse. In case of abuse,
Report this post.

Khan al Akhmar is an embattled Bedouin village that has been in the news – and in the Israeli courts – for over a decade. The history of Khan al Akhmar is an eye-opening lesson in Middle Eastern politics. This seemingly unimposing settlement may well be the quintessential example of one of the major problems facing Israel today.

Khan al Akhmar was built on land that belongs to the State of Israel. It is situated in an area under full Israeli administrative and security authority according to both the Oslo Accords and international law. In fact, Khan al Akhmar sits on land that is part of Kfar Adumim, in the heart of an area that is strategically critical to Israel’s security.

The residents of Khan al Akhmar are one branch of the large Jahalin Bedouin tribe. Until fairly recently, they were nomadic shepherds who lived, with the rest of the tribe, near Arad, and moved their herds and tents around southern Israel with the changing seasons. At some point, a feud broke out between different branches of the tribe; in the 1970s, the Jahalin were forced out of the Arad area, and travelled northward. That’s how they ended up where they are today.

Aerial photos paint a clear picture of the Jahalin’s history ever since: They arrived in the Adumim region in the mid-1970s, most probably after the Yom Kippur War of 1973. Like almost all other Bedouin in Israel and the Middle East, the Jahalin began to abandon their nomadic lifestyle in favor of semi-permanent or permanent settlements; shepherding became more of a hobby to preserve their folklore, but they, like Bedouin throughout Israel and the Middle East, began to take up other lines of work. The problem is that this branch of the tribe began to put up illegal structures and tap into municipal water and electricity lines in a highly sensitive, strategically critical area adjacent to a major highway, where they endanger their own lives as well as those of motorists.

The encampment that began to take shape in the 1970s overlooks Route 1, the main artery connecting Jerusalem, Maaleh Adumim and the Dead Sea beyond. From their very first day on the site, the Jahalin were well aware that the land they had squatted on was within the municipal boundaries of Kfar Adumim. The also knew that this location was not a long-term solution for their housing needs.

What happened next is a classic case of Palestinian manipulation and international meddling.

In 1992, Salim Fayyad, Prime Minister of the Palestinian Authority, published his master plan for the creation of a Palestinian State. The basis of “The Fayyad Plan” was – and remains – the creation of a de facto state without the need for negotiation with Israel, through the creation of facts on the ground in areas under full Israeli administrative and security administration. One of the most strategically important areas on which the Fayyad Plan based its vision of Palestine runs directly through the Adumim region.

The Palestinian Authority recognized the media appeal of “photo ops” showing destitute, barefoot Bedouin children being forcibly evacuated from their makeshift homes by Israeli police, and began to use the Jahalin as pawns in their bid to take control of the Adumim region. The PA’s goal, from the outset, had nothing to do with the best interests of the Jahalin; the land, and not the people on it, were their only concern.

The Israeli government initiated a dialogue with the Jahalin over a decade ago, offering them alternatives. All around Khan al Akhmar, Route 1 was expanding, and some of the Bedouin living there simply moved elsewhere to avoid the noise and traffic. It was clear to the Jahalin that they could not remain where they were, and they signed a relocation agreement with the State of Israel.

The Palestinian Authority and the European Union jumped right in, pumping money into Khan al Akhmar and reinventing the narrative of the Bedouin camp’s residents. An Italian NGO, Vento de Terra, built a school on the site and began to bus in Bedouin children from all across the region. At the same time, the PA, the EU, and a shadow lawfare organization called The Society of St. Yves worked overtime to force the Jahalin to withdraw from the agreement they had signed with the Israeli government. International media and “human rights” organizations joined the fray, as well. The negative media attention and unlimited funding for the PA’s legal stalling techniques took a heavy toll on the State of Israel’s resolve to defend its own critical interests and enforce the law.

In four separate lawsuits, Israel’s highest court confirmed that the Bedouin encampment at Khan al Akhmar is illegal and must be evacuated. And while the Jahalin have never made any claims of ownership of the land, the Court required the State to “swap” Khan al Akhmar for alternative property. The government promptly set aside State land for a new neighborhood on the outskirts of Abu Dis, named “Jahalin West,” and offered a package worth over half a million Shekels for each wife in each of the Jahalin households – a package that includes a large plot of land, completely developed and zoned for residential construction, with infrastructure for water and electricity. The new neighborhood will offer services that the Jahalin can only dream of today – services the PA and the EU have never offered them: Health clinics, public transportation, proper schools, access to employment, and more.

In off-the-record conversations, the Jahalin will tell you how eager they are to relocate and to begin to build their lives in a modern, legal neighborhood. But they will also tell you about how they are threatened by the Palestinian Authority, who will not allow them to relinquish their hold on the strategic piece of land on which Khan al Akhmar sits.

Last week, the final act in the legal theater-of-the-absurd may have played itself out: Once again, the “representatives” of the Jahalin rejected the State’s relocation package, but this time the Court gave the PA one week to suggest feasible, legal alternatives for the Jahalin. If they are unable to do so, the Jahalin will be relocated to the outskirts of Abu Dis.

The PA has already announced its intention to forcibly resist. If past experience is any indication, the usual choir of voices will soon be raised against “Israeli cruelty” and the “injustice” of the State of Israel’s treatment of the Jahalin. This time, perhaps you won’t be fooled.

Naomi Linder Kahn is Director of the International Division of Regavim, a research-based think tank and lobbying group dedicated to preserving Israel’s resources and sovereignty. 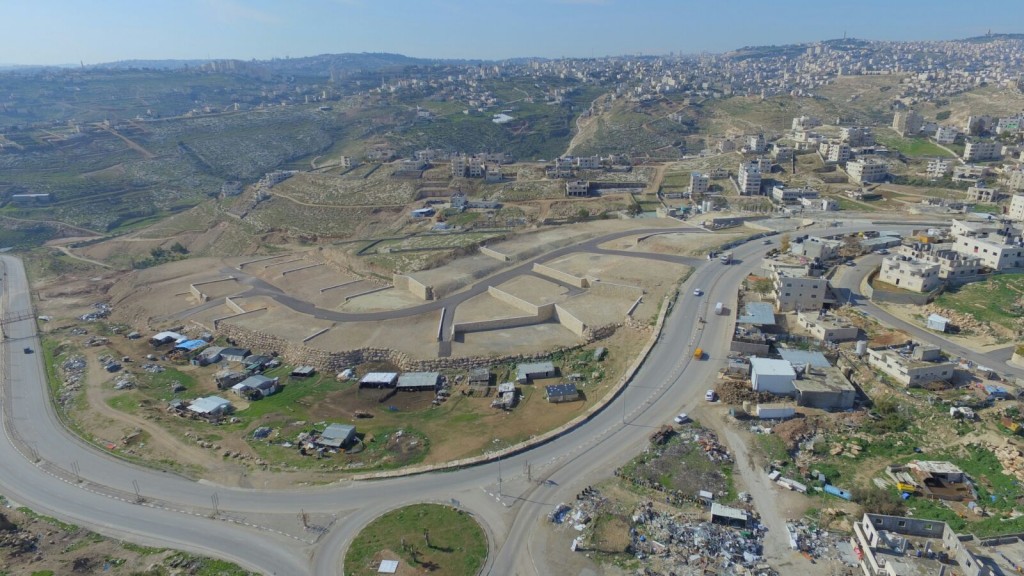 Ready and Waiting: Jahalin West
About the Author
Originally from NY, I have spent more than half my life in Israel - and the percentages keep getting better. I studied at NYU and Bar Ilan University, and have been involved in academia and publication, writing, editing and translating, journalism and research.
Comments