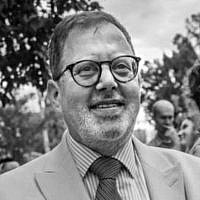 This week’s Torah reading includes many important commandments necessary for establishing a just society, amongst them the obligation of respecting the dignity of women.

Parashat Ki Teitzei begins with the story of a woman taken captive in a war and tells us that the Israelite who took her captive cannot go ahead and immediately marry her:
“When you go to war against your enemies, and God gives them over to you and you take captives. If you see among the captives a beautiful woman and desire her, you may take her as a wife. In such a case, when you bring her home she must shave off her head and let her fingernails grow. She must take off her captive’s garb and remain in your house a full month, mourning for her father and mother. Only then may you be intimate with her, and she will be your wife. However, if you do not desire her, you shall send her away free, and you shall not sell her for cash or keep her as a servant, because you had your way with her” (Devarim XXI, 10-14)

With our modern outlook, it is easy to forget quite how revolutionary this Biblical approach was. Despite the fact that it was common to sell war captives as slaves, the sale of the captive woman is clearly forbidden.

Over the generations, the different commentators expressed their views on what this prohibition actually entailed. According to the ancient Aramaic translation of the bible Targum Onkelos it is forbidden to trade the captive woman. The commentator Rashi (France, 11th Century) explains that – ‘You shall not keep her as a servant’ means you must not use her as a slave. The 12th century commentator Ibn-Ezra explains that the Torah teaches us here it is forbidden to deceive the woman. Nachmanides (Spain, 13th century) says that the Israelite is forbidden to behave as her master; in other words he must treat her as an equal. And according to Rabbi Samson Raphael Hirsh (Germany, 19th century), the Israelite is forbidden to use the woman in order to make any profit.

In other words it is forbidden to deceive a woman in order to “trade” her or sell her or otherwise profit from her. By doing so the violator is taking away the woman’s freedom.

Tragically, this biblical prohibition remains as relevant as ever today, with the widespread phenomenon of ‘trafficking in women’, sometimes called ‘the modern slavery’.

The United Nations Protocol to Prevent, Suppress and Punish Trafficking in Persons, Especially Women and Children, describes trafficking in persons as: “the recruitment, transportation, transfer, harboring or receipt of persons, by means of the threat or use of force or other forms of coercion, of abduction, of fraud, of deception, of a position of vulnerability or of the giving or receiving of payments or benefits to achieve the consent of a person having control over another person, for the purpose of exploitation.”

Every year hundreds of thousands of women and girls are trafficked illegally all over the world. The traffickers exploit the women’s lack of opportunity, promising them good jobs and then forcing their victims to work in coercive and abusive situations.

This week’s reading begins with the words: ‘Ki Teitzei’ – ‘when you go out’, which reminds the reader that the Israelites were slaves in Egypt. It is also a reminder of our obligation to combat any sort of trafficking in persons and to ensure that true freedom is enjoyed by all.

This dvar torah is written in memory of my father Dr. Amram Miller z”l, whose 90th birthday is today and bar mitzvah parasha was Ki Teitzei.

About the Author
Daniel Meron is the former Ambassador of Israel to the Czech Republic and is currently the Head of ‘MATAT’, the MFA Coordination and Donation Center for the Ukrainian People
Related Topics
Related Posts