The way the Nation of Israel remembers the fallen is owed much to the Biblical story of King Saul and Jonathan his son. Zionism embraced the story of Saul and David’s lament, now mentioned in the memorial songs of the nation of Israel in the Land of Israel.

David’s lament is the lamenting (King) David delivered for (King) Saul and his son Jonathan, after their death in battle with the Philistines at Mount Gilboa. In his lament, David expresses the grief, sadness and sorrow he felt in light of the death of Saul and Jonathan and the storm of emotions that took place in his heart. Additionally, David carried out his lament and gave instructions to teach the children of Judah the art of war. The lament, appears in the Book of Samuel II, Chapter one, is one of the most famous works in the Bible. 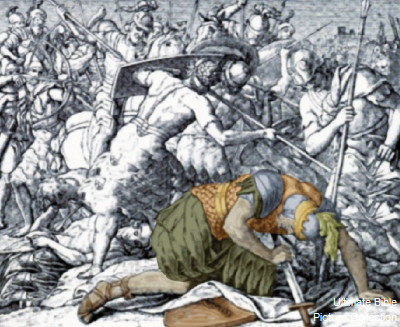 King Saul reign is attributed to the second half of the 11th century BC.

The death of Saul and Jonathan in battle in some sense serves as pain prototype expression and a symbol for falling in battle. David’s lament is the symbol of the reaction of those left alive to lament. Quite a few songs were written since the fall of the king and the prince in battle, and phrases of David’s lament were inlayed in different in memory of songs.

The story of Saul and Jonathan fall is relevant even today.

In the Israeli culture, Saul represents the ‘Sabra’ of the previous generation who stood in front of the Prophet, Samuel, as a secular humanist and established the monarchy. Saul, as the first king, is an easy to identify with a character; a nation’s leader surrounded by the enemy, the many and strong Philistines. And it is so easy to see in the story the analogy to the establishment of modern Israel period. In his kindly and gentle soul Saul gathered and formulated the nation to take on the defense wars, and himself became a victim of that war. Saul did not fail, the kingdom he founded, which King David inherited. The heroic end of King Saul and his son matches the Masada myth. Even if the fight is doomed to failure, the very heroic death is significant enough to lament it many years after the fact.

31 centuries after the period of King Saul the Nation of Israel still mourns her fallen and still digs fresh graves.

Today the nation of Israel laments and mourns the 23,320 IDF soldiers who fell in Israel’s wars. All are the heroes of Israel and by their falling they ordered the people of Israel their homeland and their lives. 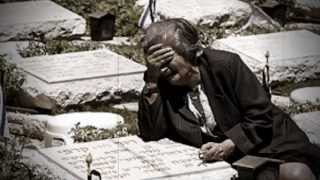 The Israeli society holds a very a unique solidarity with her soldiers. The Memorial Day for the Fallen, this year begins on the eve of April 21 and right through all of April 22 day, 2015, is a particularly difficult day for the people of Israel.

The fallen are from the big cities, small towns, kibbutzim and villages in the entire land of Israel. One people, united with personal grief and national mourning.

My personal cry, when will Israel put an end to the Philistines who rise each year to destroy her?