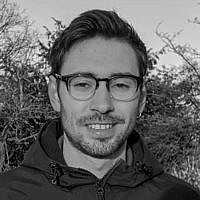 The Blogs
Jannik Schiller
Apply for a Blog
Please note that the posts on The Blogs are contributed by third parties. The opinions, facts and any media content in them are presented solely by the authors, and neither The Times of Israel nor its partners assume any responsibility for them. Please contact us in case of abuse. In case of abuse,
Report this post.

While people worldwide stopped on Holocaust Memorial Day, January 27th, to remember the 6 million Jews who perished in the Holocaust, over 100 students at King’s College London (KCL) did the very opposite.

Concurrently, across the road from a Holocaust memorial event organized by the KCL Jewish Society, the Palestinian Solidarity Campaign UK and KCL’s Action Palestine Society invited different speakers who shared the same goal, demonising the state of Israel. They delegitimized the same state where Holocaust survivors found refuge, the state that ensures that ‘never again’ does not remain an empty promise. 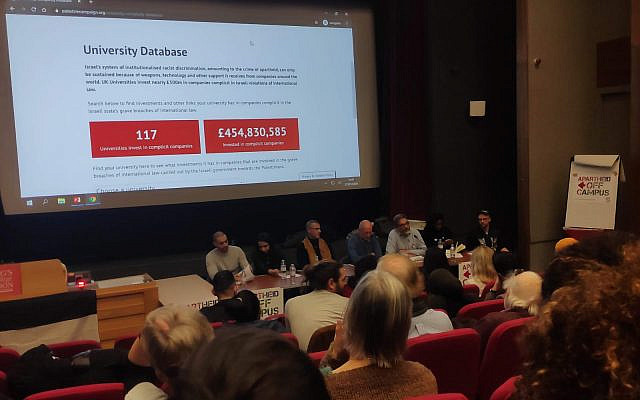 The “Anti-Racist” event was nothing more than an antisemitic, anti-Israel event.

Throughout the event it was suggested that Israel is now the evil entity doing what the Nazis did before. LGBTQ activist Dan Glass called for remembering “all Holocausts”, while Omar Barghouti stated Israel to be the most xenophobic state in the world that would “slaughter” children and people with disabilities.

Identifying Jews with their former perpetrators, the message was as clear as it was cruel: to remember the Holocaust one must fight the “racist” Jewish state.

Unfortunately, civilians die during war. What Barghouti omits is the complicity of Hamas and the Palestinian Authority in the death of their own people. Targeting Israeli civilians with missile fires and then hiding behind their civilians, recruiting child soldiers, sending them to riots at the border and inciting suicide bombing. These leaders are not only corrupt but inhumane.

By opposing a Jewish state, Barghouti shares the same goal as terror organisations like Hamas, which subscribes to the official call of the Israel boycott movement (BDS) [2]. I could not imagine a worse advocate for peace-seeking Palestinian people.

Denying that the State of Israel is of a specific Jewish interest and stating that antisemitism is somehow Jewish people’s own fault is antisemitic.

He emphasized the success of the BDS cultural boycott strategy, pressuring artists to cancel performances in Israel. The attempt to isolate Israel is not targeting government policies but discriminates all Israeli citizens, Jews, Arabs and Christians amongst others, who have the same rights in Israel and can attend all these concerts.

BDS calls for “ending the occupation of all Arab land” (which is usually interpreted as the entire State of Israel), while Barghouti only mentioned an “end of the occupation of 1967”. By nebulizing the real goals of BDS, Barghouti reeled in the moderates in the audience. He finally caught them by evoking emotion through the story of his little daughter facing Israeli soldiers in an “invasion during the second Intifada”.

He failed to note that the second Intifada was a series of terror attacks against Israeli citizens, aiming to kill as many Israelis as possible. As a result, over 1000 Israeli lives (including Arab Israelis) and over 3000 Palestinian lives were lost.

Not surprisingly, other speakers did not better in showing both sides.

Ben Jamal, director of the Palestine Solidarity Campaign UK, painted Israel as an illegitimate colonial project, condemning British “complicity”, implying, that the existence of Israel is a crime in itself. Yet another antisemitic trope.

Black Students officer Fope Olaleye emphasised the importance of the Israel boycott movement because it “targets where the power lies; it’s often money, it’s often capital”. The old image of Jewish power and control of the financial system is yet another antisemitic trope. 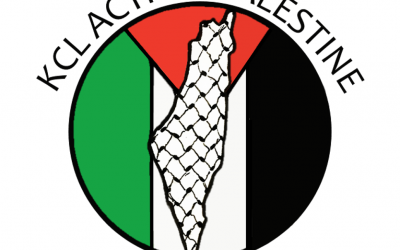 The cover picture of the KCL Action Palestine society on Facebook: The entire state of Israel is seen as occupied territory. [3]
The true character of the event came to light as a Jewish student was shut down by people in the audience screaming “f**k off”, “shut up”, “your time is over” while he was simply framing his question. It was his statement that Jews have legitimate right of self-determination in their ancestral home, Israel, that enraged the audience. His argument of unbroken Jewish presence in Israel for 3000 years remained unanswered by Omar Barghouti.

Faculty advisors are supposed to remain neutral. But, law professor Robert Wintemute, who introduced the event by stating that freedom of speech is a basic human right, did not intervene.

The choice to host this event on Holocaust Memorial Day, which was dripping with antisemitism and isolated Jewish students was vindictive. Antisemitism was promoted rather than challenged. A statement by the KCL Israel Society confirms that many Jews felt offended by this antisemitic event. [4]

So, what can we learn from this event?

2.    Palestine Solidarity groups still hold antisemitic narratives instead of recognizing the right of existence of the Jewish state and engaging in a healthy, peaceful discussion.

About the Author
Jannik Schiller is currently volunteering at the Israel education charity StandWithUs UK. Studying politics in Berlin and Canterbury, his interest lies in examining antisemitism and anti-zionism then and now.
Comments