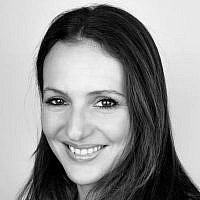 The Blogs
Mira Neshama Niculescu
Apply for a Blog
Please note that the posts on The Blogs are contributed by third parties. The opinions, facts and any media content in them are presented solely by the authors, and neither The Times of Israel nor its partners assume any responsibility for them. Please contact us in case of abuse. In case of abuse,
Report this post. 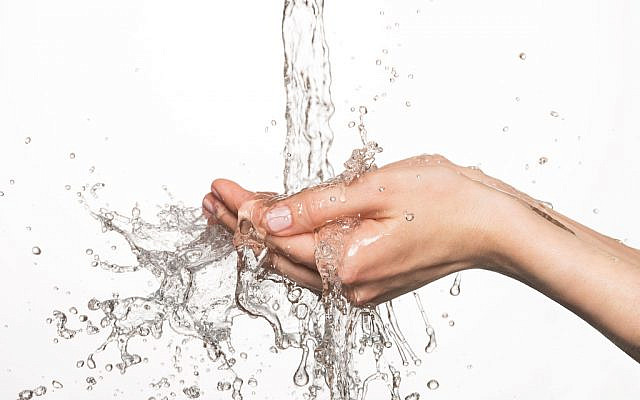 If Avraham was the first Jew, where did he get his wisdom from?

This is the question asked by the choze mi- Lublin (החוזה מלובלין). The chassidic master, commenting on the spiritual journey of Judaism’s first patriarch, notices: “he had no father to teach him, and he had no rav”.

How then, did he even know to recognize the oneness of the divine? How did he understand the divine is beyond words and representations, while everyone around him were worshiping idols?

According to the choze mi-Lublin, the innate wisdom of Avraham was to be found in no other place than his own body.

It was in his kishkes:

“God summoned him two kidneys, who were to him like two rabbis. And they were nourishing him and teaching him, Torah, and wisdom .”

The two most important sources in Jewish spiritual life: Torah, the instruction, and wisdom, the capacity to understand and discern, were taught to Avraham, according to this Chassidic teaching, by his own body.

An embodied tradition for a people without a body?

This may sound surprising, coming from a culture like Judaism, where we almost praise ourselves for being overly intellectual. We are indeed lovers of scriptures and letters. But making our textual appetite antithetical to inhabiting our bodies is so far removed from the very essence of Jewish Spirituality.

In the Jewish tradition, the body is a site for holiness.

Last Purim for instance, we were fasting to prepare for salvation, and then feasting and drinking to embody the notion of exultation, and of going beyond a place of ordinary consciousness.

We are now preparing for Pessach, and during the seder, we will literally eat symbols (Maror for the bitterness of being enslaved, charosset for the mortar the Hebrew were using to make bricks, etc.)
And so it goes with fasting on Yom Kippur, shaking our arms in for directions on Sukkot, bending or reclining during daily prayers, washing and bathing to transition towards Purity…

In most Jewish rituals, we enact symbols and values, and perform our spiritual intentions through various body practices.

But when it comes to contemplative practices, the body as a keli (vessel) for spiritual connection becomes even more central.

Jewish Meditation practices which use the body are numerous and varied: some involve dancing and singing, some call for various ways of breathing, others are experienced through eating, and some call specific body postures…

Since the destruction of the temple and the loss of our land, Jewish culture seems to have progressively somehow lost some of its connection to the body. Medieval sages such as Maimonides instructed us to take care of our body by way of exercise and diet, for it is a Keli that is meant to serve the divine. But such teachings became an underground trend, as the majority of diaspora Jews over the centuries, deprived of the right to possess lands and of the right to obtain many physical profess, started self-identifying as a “disembodied” people.

Nowadays, starting with the Rav Kook at the dawn of the twentieth century, many rabbis from all denominations seem to have picked up the Rambam’s line. Trying to deconstruct an image of Jewish culture and spirituality as removed from the body, they have been calling Jews to reinvest and honor the flesh we inhabit.

Just a few weeks ago, we read in the Torah a beautiful passuk that says: “and they shall make me a sanctuary, and I will dwell among them .”

There are two ways to read the Hebrew expression “betocham”. We can read, in the pshat (surface level reading), as the divine presence promising to come and dwell “among us.” But on a drash (interpretative) level, the same expression can be read as “inside of us.”

The Chassidic reader will opt for the second reading: When we treat our body as a sanctuary, we make space for holiness to dwell inside of us.

A meditation practice: washing the hands

There are many ways to bring mindfulness into our daily Jewish practices, here is for instance how we can do that when we are washing our hands for the mitzvah of netilat yadayim:

What if the next time you washed your hands, you really took the time to be a hundred percent present to the experience, and to what it means? Take the time to wash slowly, to listen to the sound of water, to feel the touch, the texture and the temperature of the water.

Just that, to start with. Just being with the physical experience. And then, connect to the meaning of it.

Bring your full presence to the gesture, and remember the prescribed kavannah of the gesture: washing, according to the Jewish tradition, is a physical act of spiritual purification. Through water, we transform our bodies, we change its status from tameh    (impure), to tahor (pure), and we make it fit to serve the divine/life, which is associated with  purity.

Judaism reminds us that our bodies are like a Temple.

This doesn’t just mean that we should treat it with the care and respect that it deserves, it also means that when we relate to each physical activity as a spiritual practice, we come to heal the Aristotelian disconnect between body and spirit which has become the founding paradigm of Western culture. Then we come to fully embody what it is to be a Jew, serving Life with our full selves and enjoying with our full body minds and souls.

The author teaches Jewish Meditation with the Pardes Institute of Jewish Studies and with Or Ha Lev and will be teaching an online course about Embodied Jewish Meditation Practices with Applied Jewish Spirituality starting on Wednesday, March 10th, 2021.

About the Author
Dr. Mira Neshama Niculescu is a Teacher of Jewish Meditation. She received her Doctorate in Sociology of Religion from the Ecole de Hautes Etudes en Sciences Sociales, and her certificate of “Jewish Mindfulness Teacher” from the Institute for Jewish Spirituality. She learned Torah at the Drisha Institute for Jewish Studies and is a Rabbinic Fellow at Beit Midrash Ha’ El in Jerusalem. She chairs the Clergy Council at Roots/Shorashim, and she teaches Torah and Jewish Meditation with Akadem, Applied Jewish Spirituality, Or Ha Lev, Pardes, Moishe House Europe and at various institutions internationally.
Related Topics
Related Posts
Comments