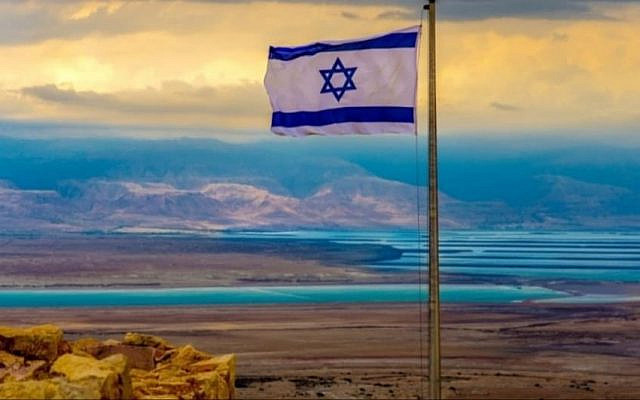 Marc Wolf asks: JAMES, I heard there was a no-confidence vote this week in the new government submitted by the Likud, even though they couldn’t win it. What was the point?

Hello Marc: The new government defeated a vote of no-confidence last Monday by 59-49 and it was submitted by the Likud, Shas and United Torah Judaism. The point being, an opposition never knows whether the government can muster all their MKs into the plenum at that exact time, especially as the government only has a one-seat majority. So as far as the opposition are concerned, it is worth a go.
Plus this action takes place in the Knesset all time. Yair Lapid constantly submitted no-confidence motions in the Netanyahu government from 2015 onwards.

Sharon Rimonim asks: JAMES, Netanyahu told Ehud Olmert in 2007 and 2008 that he must resign due to indictments of corruption against him. But when Netanyahu is indicted, he insists he will not resign. Why?

Hello Sharon: Olmert’s Kadima party, could not support him after the evidence of receiving brown envelopments stuffed with cash were overwhelming. Kadima, news networks and polls all told Olmert that he should resign, but he refused, until his popularity eventually collapsed.

Kadima’s number 2, Shaul Mofaz and the party’s number 3, Tzippy Livni, both told news networks that he had to go and that his position was untenable.

Compare that with not one Likud MK or high-profile party member called for the resignation of Netanyahu. Likud MK Gideon Sa’ar challenged Bibi in a leadership contest 18 months ago, but only received 20% of the vote and then agreed to back him.

In addition, Olmert was being accused of receiving cash payments, including from my Jerusalem neighbor, Moshe Talensky, who admitted giving him brown envelopes stuffed with notes. Other payments came from building contractors who in return, received building permits for huge unpopular developments in the south of Jerusalem.

In the end, Olmert’s secretary and trusted confidant, admitted she was the one who took care of the “payments”.

Compare that with 2 of Netanyahu’s 3 criminal convictions which are looking for more favorable press coverage. The third indictment is related to receiving lavish gifts including bottles of champagne and cigars, from a wealthy businessman. In my view, not the worst criminal offense ever portrayed, but I am not the Judge in the case.

However, the most important thing to remember is the Likud party led by Netanyahu, still received 30 seats at the last election, so it did not bother almost 2 million people. In 2009, as head of Kadima, Tzippy Livni won 29 seats against Likud’s 28, however she was unable to form a coalition when Netanyahu could. For those interested, Shaul Mofaz challenged her for the leadership and won. But only managed to reach 2 seats in the 2013 election and actually joined Netanyahu’s coalition. The party disappeared in the 2015 election.

David Lederman asks: JAMES, Last week you wrote that “heckling is part of a healthy, vibrant, democracy” in the Knesset, during the swearing-in process of the new government, but can you really see government MK’s behaving in the same way?

Hello David: They did, this week. In particular former Likud MK Ze’ev Elkin, who is now with Gideon Sa’ar’s New Hope party, screamed at Netanyahu, Yuli Eidelstein and other leading Likud MK’s before the no-confidence vote on Monday.

Elkin claimed that Netanyahu was paying “thugs” to protest outside his home and frighten his children. In fact the accusations and language was so extreme, Netanyahu requested the opportunity to respond briefly, and it was granted. So both sides, heckle. Both sides, shout and scream and both sides use very strong rhetoric. That’s the Israeli Knesset for you.

Nina Simmons asks: JAMES, If Netanyahu is no longer the premier, why is he and Sara still living at the official residence of the Prime Minister? When Shimon Peres handed over to Yitzhak Shamir in 1986, he moved out the next day. So isn’t it time we cut off the electricity and water to the house?

Hello Nina: Firstly Shimon Peres knew which day he was moving out of the PM house more than two years before, because there was a signed coalition agreement between Labor and the Likud in 1984 with a rotating premiership.

Up to last Sunday 13 June, none of us really knew if a government was able to be formed, including the Netanyahu’s. Moreover their apartment further down Aza Street in Rehavia needs some major security adjustments which will take some time.

However, the new security fixtures at their house in Caesarea along the northern coast will be completed next week and the Netanyahu’s have confirmed they are moving out of Balfour Street on 10 July.

But in my view, the media made a big “song and dance” on this issue, even though Prime Minister Bennett was perfectly happy to remain for another couple of weeks in his home in Ra’nana.

Shoshana Jacobs asks: JAMES, How comes there was an “Israel is an Apartheid State” conference in the Knesset this week?

Ironic, isn’t it? Jewish and Arab MK’s in the Knesset accusing Israel of being an apartheid State.

The event was held on Tuesday and hosted by MK Aida Touman-Sliman of the opposition Arab Joint List and MK Mossi Raz of the left-wing Meretz party, who is a member of Naftali Bennett’s government.

During the event, representatives of left-wing organizations such as B’Tselem, Adalah, Peace Now, Yesh Adin, Gisha, Breaking the Silence and Human Rights Watch, all presented reports about the situation in Judea and Samaria since 1976.

Yamina MK Abir Kara entered the committee room and yelled at Raz and Touman-Sliman for holding such an event. Then Religious Zionist MK Itamar Ben Gvir joined and called them “terrorists” and “terror supporters”. He shouted the same accusation at Joint List MKs Ofer Cassif and Ahmed Tibi, who responded “Shut your mouth, you racist fascist” and other words that are not permitted to be printed in such a Jewish newspaper.

Meretz MK Mossi Raz told Kan Radio after the event, “We talked about the occupation, protecting human rights and promoting peace.” Although Raz admitted, he was asked not to use the word “apartheid”.

However, in a shock reply to the radio presenter about being in a government with Yamina, the Meretz MK said, “I do not support the Prime Minister”. Which makes you wonder how long will it take for the government to lose a no-confidence vote.

Finally, in case you were wondering, the Knesset event on Tuesday was titled “After 54 years: From Occupation to Apartheid”, hosted by Jews and Arabs. And a pro-Israel Palestinian Arab called Yoseph Haddad, who has Israeli press credentials was removed from the committee room because he shouted at the Arab MK’s for being racist, and he was himself removed from the room by security officials. He later explained his experience on Channel 12 News.