They say that men with beards are more manly and that they make for better lovers. I’m not sure who they are. My guess is some sort of Buzzfeed quiz. But as someone who suffers from womb-broom envy (mostly because there are vast barren patches of real estate on my face that just refuse to grow hair) I’ve made a list of the types of facial fleece common throughout the Israeli landscape, and what the beard says about the owner. 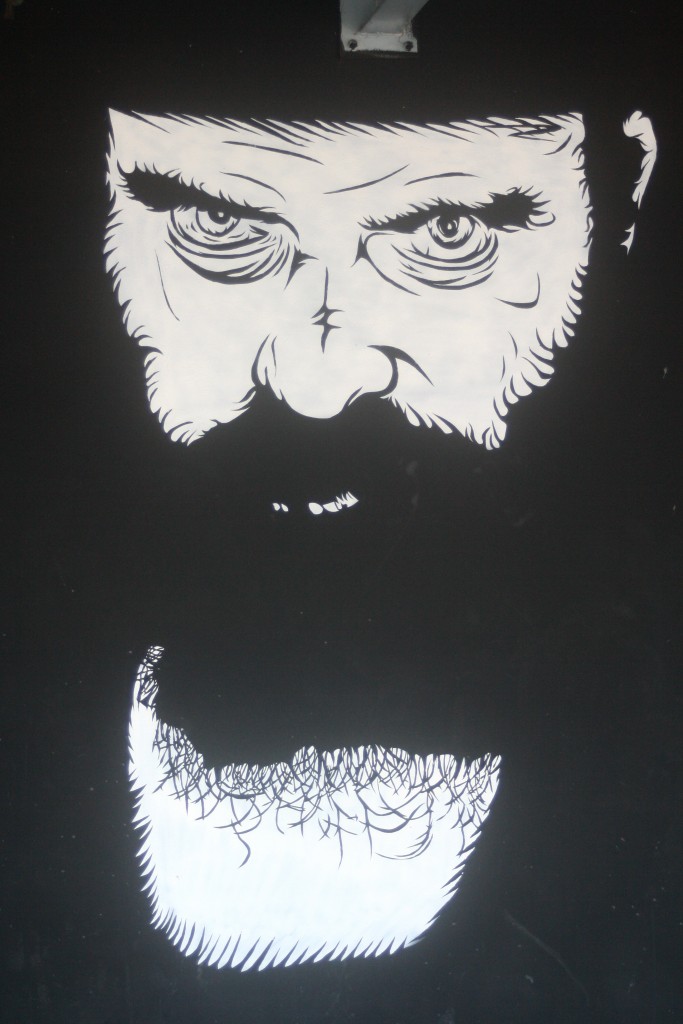 The Hipster. Not to be confused with the caricature of a hipster used in the recent election campaign by Habayit Hayehudi. 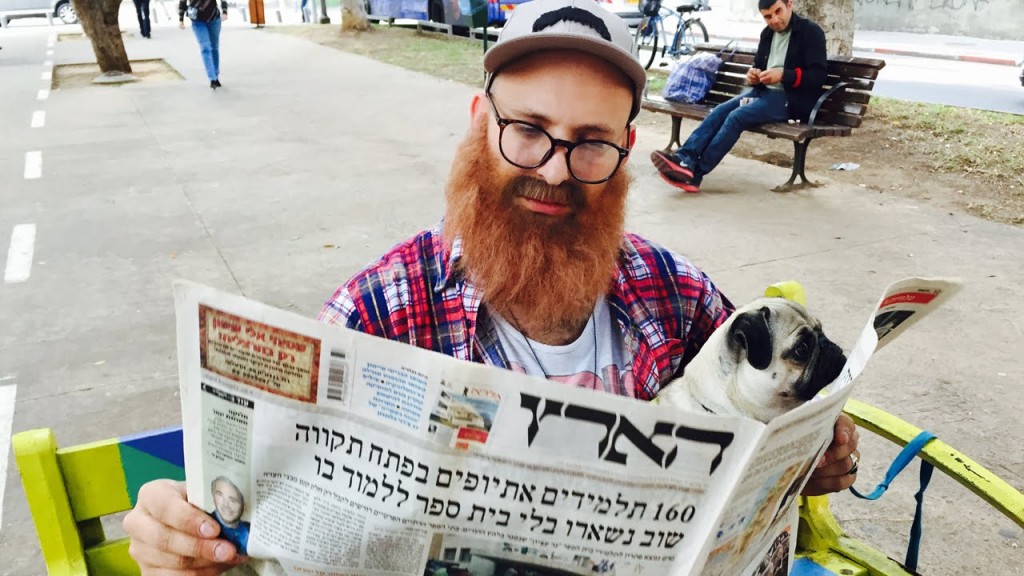 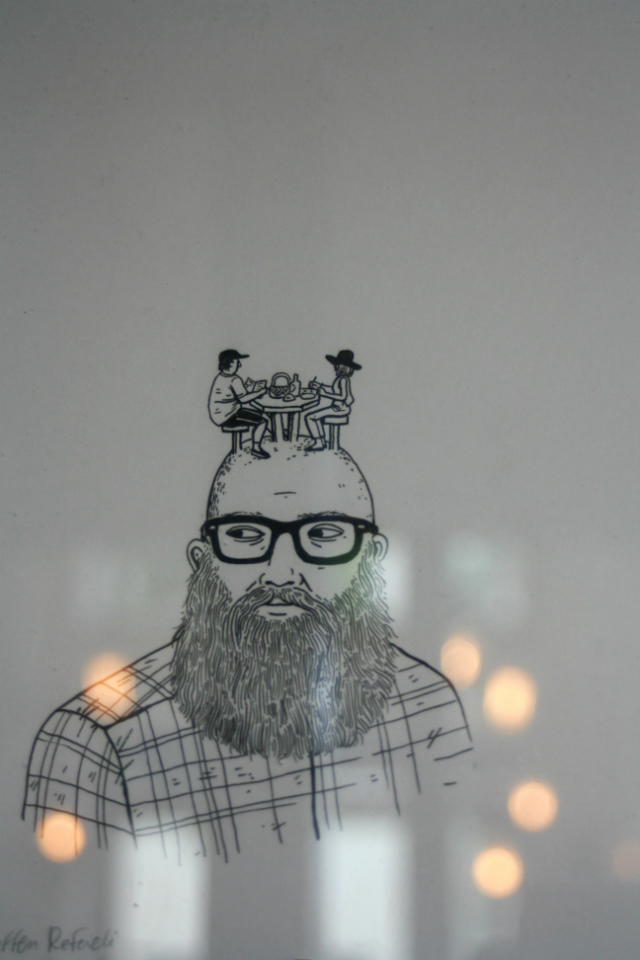 To see a hipster in his natural environment please check out any café in Jaffa on a Saturday morning where there are turntables and street art. 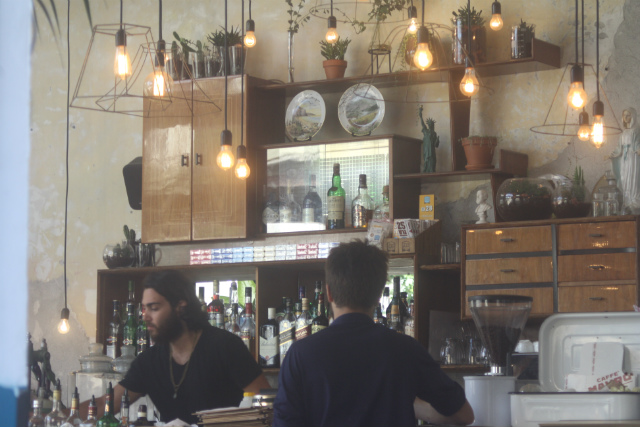 The Religious. Very common in Israel. Usually very long and scraggly. Unkempt. Shaving the beard is considered a no-no in religious Judaism. To see these beards one would have had to travel to Jerusalem, Bnei Brak or Brooklyn. But with the current political environment in Israel, where women are being routinely discriminated against and blurred out of pictures in newspapers, this beard will soon be mandatory for all men in Israel. 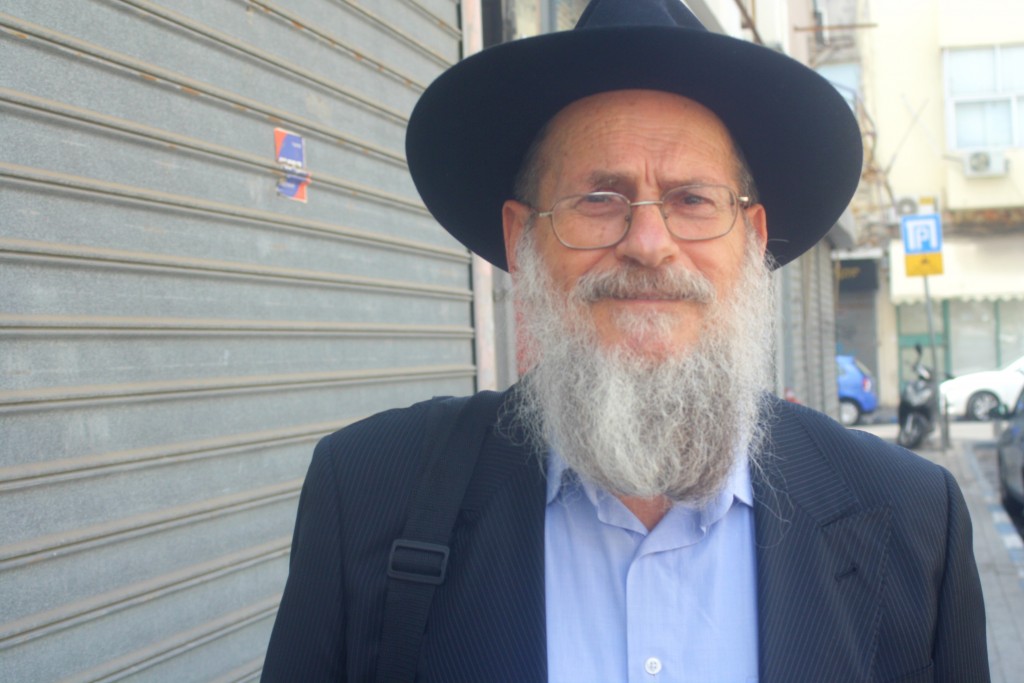 The Outdoors man. Seen on the outskirts of Ramat HaGolan and fed on a strict paleo diet, this nature-loving outdoors man has been often mistaken for a yeti or a Sasquatch. His beard is wild and peppered with streaks of gray and often has remains of various wild berries and Hummus. Please exercise extreme caution if you run into one of these bearded beasts on the frontier. 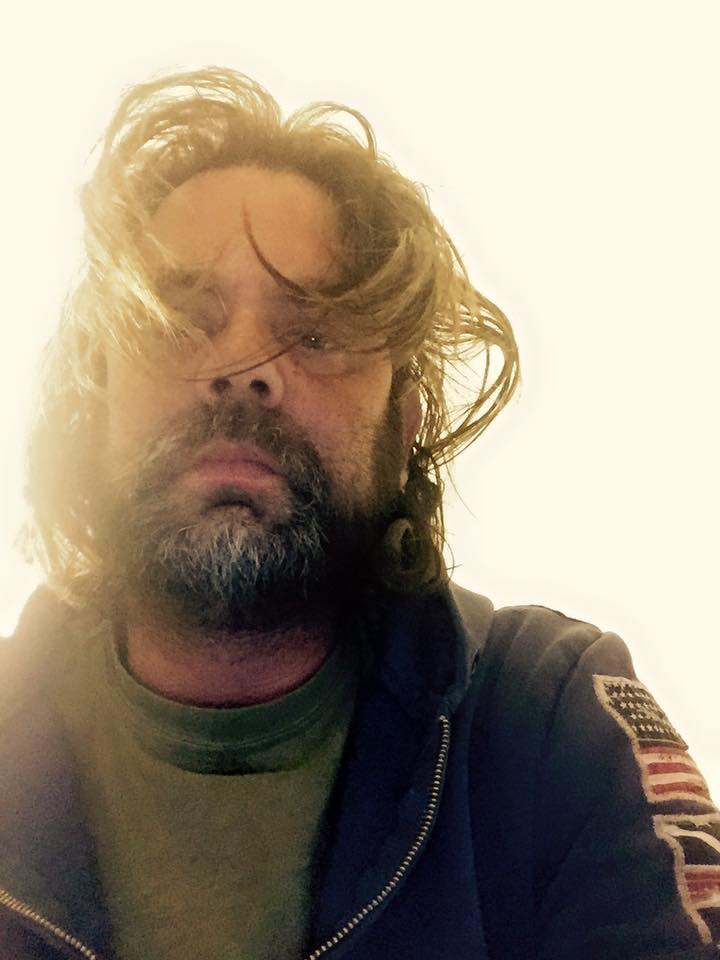 The Lazy Work At Home. He telecommutes or edits videos. He very rarely changes out of his stained shorts and tee-shirt. Since his contact with other humans is so infrequent he rarely, if ever, shaves his scraggly beard. He is very hard to spot IRL since all of his social interactions are done via social media which has a picture of him pre-beard. You will know this creature by the crumbs of Pringles in his beard and the orangey-rust stains on his fingers. 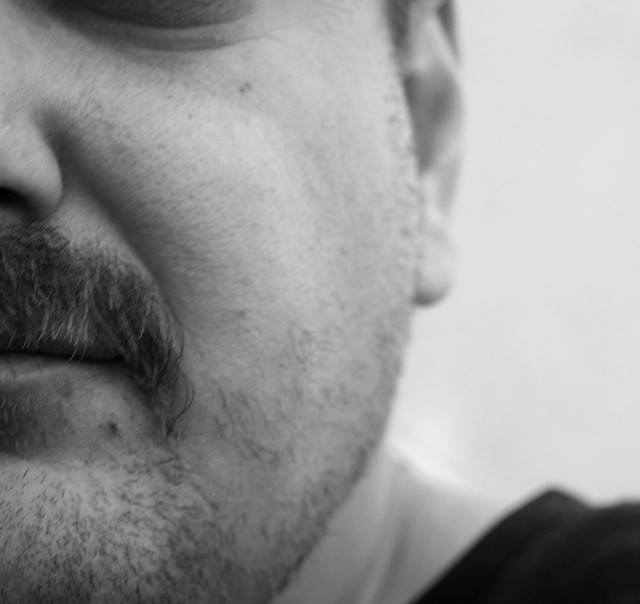 The Soldier. He made the questionable decision of getting a “beard permit”, “Ishur Zakan” because he didn’t feel like shaving every morning. Big mistake. Now he hasn’t been able to shave his beard since he was conscripted and he looks like an Al Qaeda operative. His girlfriend has since dumped him and he is constantly strip searched on the weekends whenever he enters a mall or goes to pick up family from the airport. His life is a living hell and he’s got 34 more months of active service left. 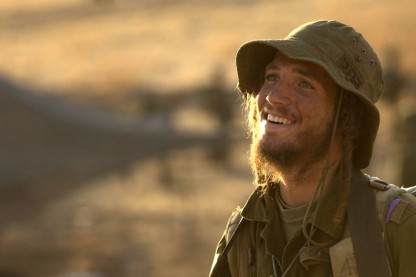 The Yair Lapid. This cool, hip, eponymous beard has become the trademark of the former Finance Minister. What this sexy, salt and pepper beard signifies is “I’m really hard at work for you, my voters. So hard at work, in fact, that I don’t have time to shave. Well, not really, because to get my beard like this it actually takes me twice as much time as it would if I just shaved or grew a beard out.” So basically, if you have the “Lapid” you’re not fooling anyone. You spend as much, or more time than your wife/significant other/transsexual lover grooming yourself in the morning. Please get back to work and topple the current government. 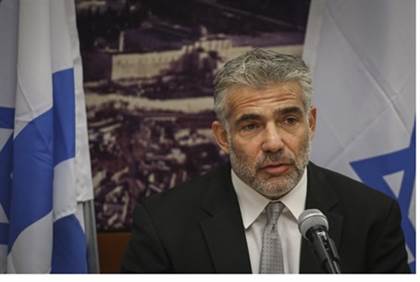 The Bald Head Beard. This offshoot of “The Hipster” is indicative of a highly sexual human. It’s when you are completely bald on top with a long, scruffy beard on the bottom. It’s a very sexy look for men who are bald. If you see one of these men they are most likely having sex, just had sex or are on their way to have sex. Please don’t get in their way unless you wish to participate. And for Christ’s sake do not rub their head and make a wish. They generally frown upon that. 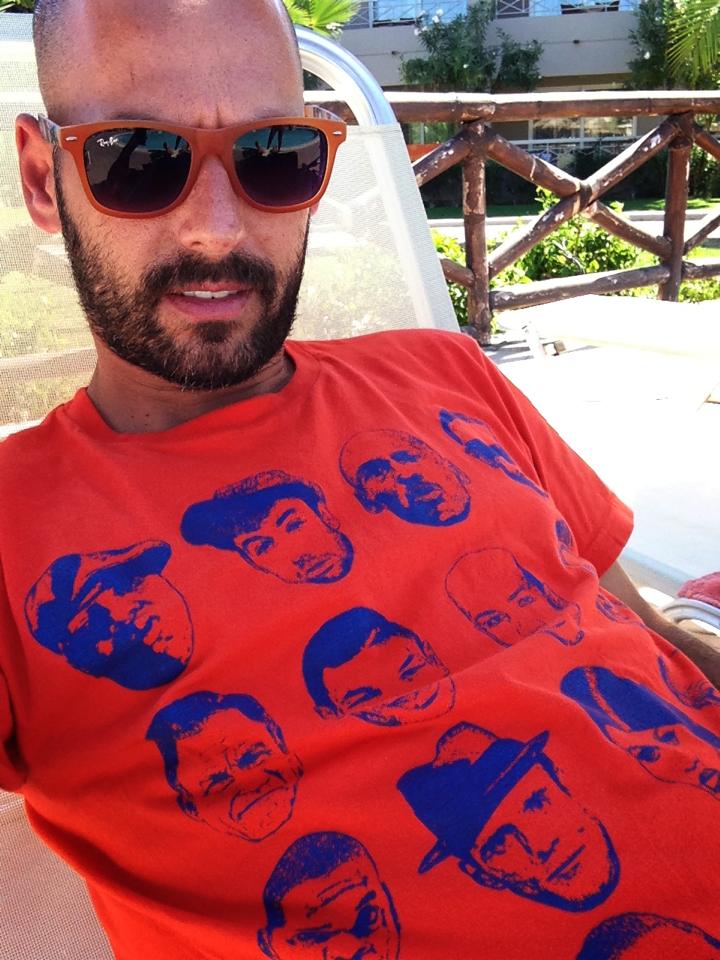 The Two Tone Beard. This is the beard that starts off dark and then gradually becomes grey as it progresses. Usually seen in offshoots of “The Religious”. The owner of such a beard is usually on posters and on bulletin boards throughout provincial towns in Israel offering you the “secret” to lasting happiness, or on the jacket of cassette tapes and CDs handed out for free at local playgrounds. 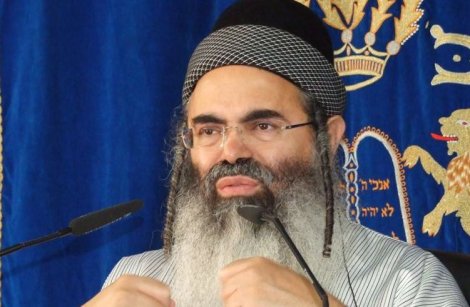 The Stoner. He just got back from India. He’s been stoned for the past two years and still wearing the tie-dye “sharwall” pants. His beard is long and thick. He has at least one doobie hidden away in his beard and one emergency spliff in his rastas. You will get contact high by smelling him or sitting next to him at the beach. Please don’t make any sudden moves around him as he is easily startled. 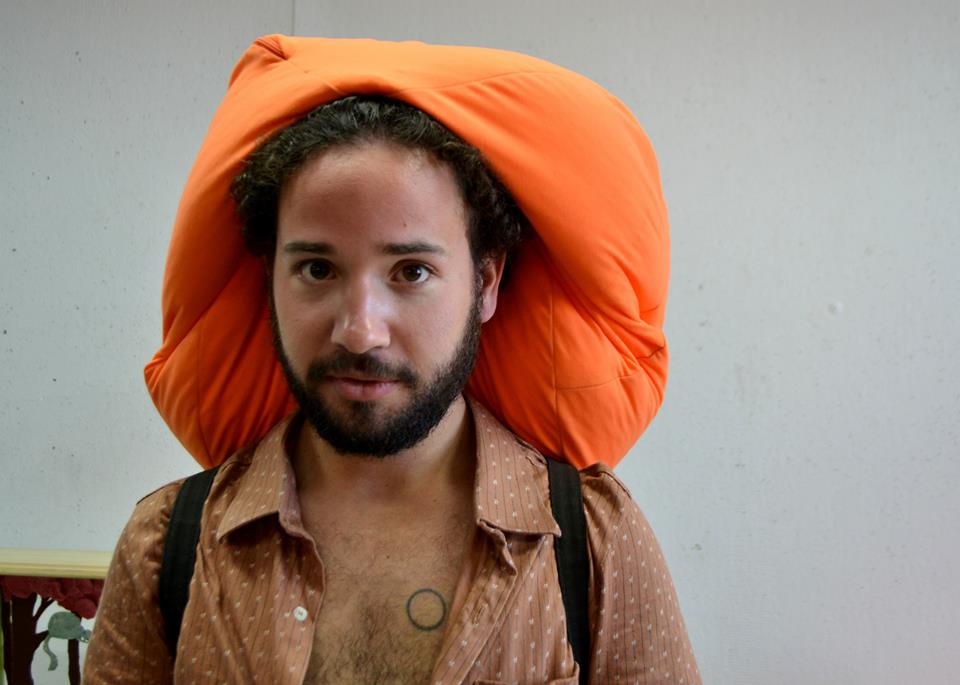 The “Frenchie” aka “Goatee”. This horrible bastard child of the manly beard is known in this country as the “French Beard”. It has been made famous by Israeli TV consumer advocate Rafi Ginat and virtually every villain in every movie ever made. Never trust a man with a “Frenchie”. Ever.

According to a recent study by scientists at the University of Western Australia “Men might be growing beards to appear more attractive to women and more dominant to other men, a recent study on monkeys suggests”.

Monkey studies aside, I’ve always felt that my inability to grow a beard makes me less of a man. As does my penchant for Tom Collins cocktails in the afternoon while vacuuming the floor, making dinner for my five year old in an apron and listening to Abba.

But I’ve decided to give it a try and grow a beard. It may take me several years. I may alienate family and friends. I may even scare small children

And, ultimately, my wife will probably leave me,

But it will totally be worth it when I look like this: 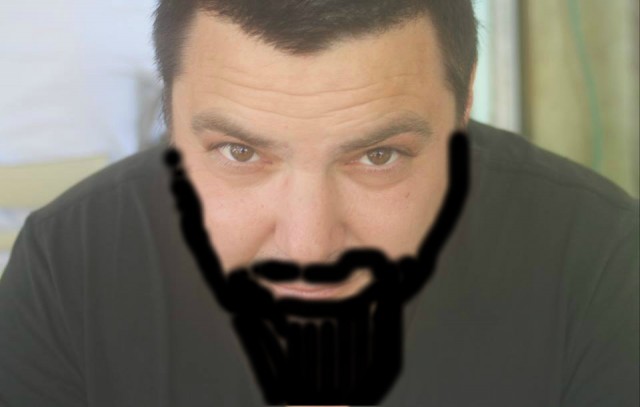