We were all huddled around the table, taking in every word. It was 2014 and I was a fellow in Yeshiva University’s Straus Center for Torah and Western Thought. One day we were treated to a special lunch with Indianapolis philanthropist, Hart Hasten, who was a close confidant of Menachem begin. For more than an hour, we were fascinated to hear anecdotes and experiences Hart had witnessed first-hand through his close friendship with Menachem Begin. Yet the most moving one was when we shared with us the time he asked Menachem Begin what his proudest moment was. After leading the Irgun through its fight with the British, being Israel’s prime minister, signing a peace a historic peace agreement with Egypt, and so much more, Hasten asked Begin what he was most proud of. Begin thought for a moment and responded: “The decision not to retaliate after the Altalena affair.”

What was the Altalena, and how did such a tragedy come to be Menachem Begin’s proudest moment?

As Israel declared itself a state in May of 1948, the Arab nations around it had decided to launch an all-out war with the young Jewish state seeking to crush it before it even established itself. Israel, which had just become a state, did not even have an organized army. What Israel did have were three military undergrounds that have fought to expel the British from Israel and allow for the establishment of a Jewish state. These three organizations were the Haganah led by David Ben Gurion, and the Irgun and Lechi under the command of Menachem Begin. While these organizations had their disagreements, what they all had in common was a desperate need for weaponry.

Each scrambled to obtain, manufacture, and import weaponry to fight against the well organized and armed armies of Egypt, Jordan, Syria, and Iraq. In June 1948, a ship full of weapons from Europe and young Jews ready to defend Israel arrived on the shores of the Tel Aviv beach. By then, Israel had been a state with Ben Gurion as prime minister and the IDF as its central army. Despite having a previous agreement and despite some Irgun units fighting independently to defend the old city of Jerusalem, Ben Gurion gave the Altalena ship two options: hand itself and all its weapons into the Haggana led IDF unites or be shot. The people on the Altalena refused. In a staggering moment, Haganna people, at Ben Guiron’s command began firing at the Altalena. Menachem Begin, the leader of the Irgun was on board the Altalena.

With the huge amount of ammo on board, Begin could have given orders to return fire. Furthermore, Begin commanded a militia of thousands on the shore and could have easily given the orders for them to fight members of the Haganah and allow them to breakthrough. Begin famously coined the term: “Milchemet Achim-Le’ olam Lo! a war among brothers—never!”. Returning from 2000 years of exile, which were a result of the bitter infighting among Jews at the end of the second temple, Begin realized that if we are to return to be a sovereign nation in our homeland, we can never turn on each other. Even when it may be most tempting, we must do everything we can to stand with one another. 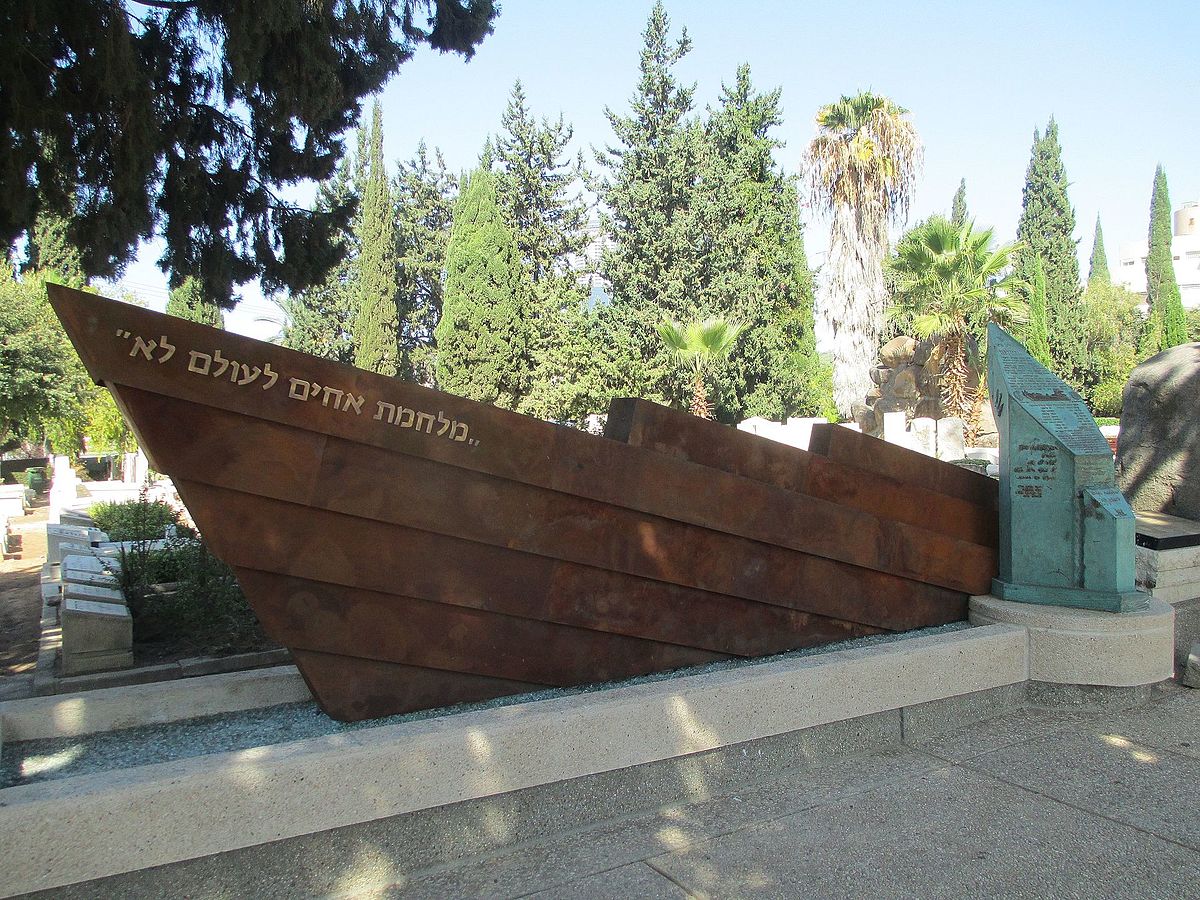 Where Menachem Begin succeeded, Korach failed. The Torah shares with us in the week’s Parsha the story of Korach, a story filled with lessons in history, religion, and politics. Korach and his cronies’ rebel against Moses. They too, want to lead the Jewish people. Their original argument? A religious one:

“They confronted Moses together with two hundred and fifty men from the children of Israel, chieftains of the congregation, representatives of the assembly, men of repute. They assembled against Moses and Aaron, and said to them, “You take too much upon yourselves, for the entire congregation are all holy, and the Lord is in their midst. So why do you raise yourselves above the Lord’s assembly?” (Bamidbar 16)

Moses, recognizing what is happening, responds in the most Jewish way possible.

“Moses heard and fell on his face.”

Moses recognizes that while external challenges can be overcome, the threat of a Jewish civil war is an existential one.

While Judaism respects a diversity of opinions, those must come with the right intentions, as the Mishna states in Pirkei Avot (5:17):

In the dispute between Hillel and Shammai, the Mishna sees two legitimate sides. In the controversy of Korach and his followers, the Mishna does not cite two different parties; it is not Korach vs. Moshe, it is just Korach and his people.

Rabbi Meir Leibush Wisser, also known as the Malbim (March 1809 – 1879) who is considered to have written one of the greatest modern era commentaries in Chumash, takes this a step further. While Korach and his people were united in their call for the democratization of power, the Malbim in his commentary here explains, they were each vying for their own power. This is why the Mishna refers to this episode as “the controversy of Korach and all his congregation.”

“R. Berekhyah said, “How harmful is divisiveness! While the Heavenly court can bring punishment only [on people] from the age of twenty years, while the court below [only imposes a penalty] from the age of thirteen years. In the case of Korach’s dissension, however, one-day-old babies were burned and swallowed up in the ground. “

Few people have paid the price of divisiveness the same way the Jewish people have. From the splitting of the two kingdoms, Judah and Israel, the loss of the ten tribes, to the destruction of the second temple and so many subsequent calamities, divisiveness has hurt us time and again. Recognizing our predisposition to divisiveness, the Torah tells us the story of Korach as a cautionary tale, warning us of the danger of divisiveness.

As Rabbi Rephael Hajbi from Israel points out, it is worth noting that this story follows last week’s Parsha in which Moses asked God for help. God appointed seventy elders who would help Moses and Moses even rejoiced in an additional two prophets—Eldad and Maydad. Clearly, Moses was not trying to be selfish or to take more power to himself; he was following God’s instructions.

Recognizing the grave threat of divisiveness, Moses asks to call his chief rivals, Datan and Aviram. Despite having God on his side and the ability to speak power to Datan and Aviram, Moses attempts to reconcile with them. The response he gets?

“Moses sent to call Datan and Aviram, the sons of Eliab, but they said, “We will not go up. Is it not enough that you have brought us out of a land flowing with milk and honey to kill us in the desert, that you should also exercise authority over us?”

While any leader would end the talks when this generous invitation went unanswered, Moses goes to them:

“Moses arose and went to Dathan and Abiram, and the elders of Israel followed him.”

Yet even that gesture went unanswered.

The end is history.

After all options have failed, the land swallowed Korach and his people in a terrifying fashion. The lesson for generations is captured in a powerull passage in the Talmud (Sanhedrin 110a)

“With regard to the verse: “And Moses arose and went to Dathan and Abiram” (Numbers 16:25), Reish Lakish says: From here we derive that one may not perpetuate a dispute, as Rav says: Anyone who perpetuates a dispute violates a prohibition, as it is stated: “And he will not be like Korah and his assembly, as the Lord spoke by the hand of Moses to him” (Numbers 17:5). Even the aggrieved party must seek to end the dispute. Dathan and Abiram accused Moses and by right should have initiated the reconciliation. Nevertheless, Moses was not insistent on this; he went to them.”

The lesson of avoiding divisiveness and hatred were imparted to us thousands of years ago. Tragically, we did not always heed the warning. Many times we chose to ignore them. The reason the state of Israel exists today is because people like Menachem Begin chose to put their differences aside and, at a great price, avoid friction and divisiveness. As we live in an increasingly partisan and divided environment, let us remember the example of great leaders from Moses to Menachem Begin and chose unity over division so that we are blessed with the strength that comes with it. “May God bless His people with strength, may God bless his people with peace” (Psalm 29) May we coalesce around Menachem Begin’s call “Milchemet Achim-Le’ olam Lo! a war among brothers—never!” and be blessed with peace and unity forever. Shabbat Shalom!