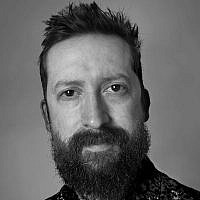 The Blogs
Yehoshua Zepeda
CREATIVE THINKER & STRATEGIC CONSULTANT
Apply for a Blog
Please note that the posts on The Blogs are contributed by third parties. The opinions, facts and any media content in them are presented solely by the authors, and neither The Times of Israel nor its partners assume any responsibility for them. Please contact us in case of abuse. In case of abuse,
Report this post. 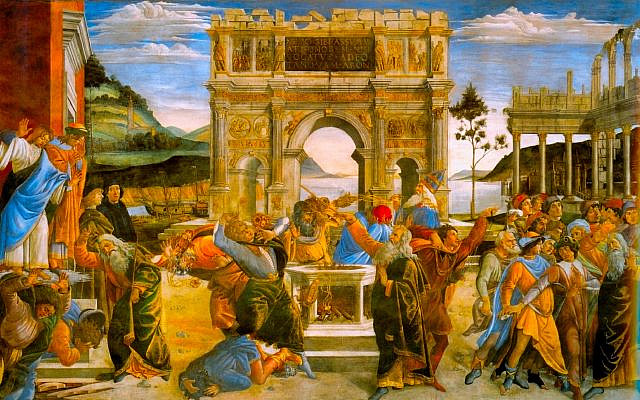 Like Jacob Marley in Charles Dicken’s evergreen classic about a certain miser who reforms his stingy ways, the Ghost of Korach seems to have returned to haunt Jerusalem in spectacular fashion this week.

First, there was the curiously reminiscent activities of an ambitious politician whose singular mandate and mission is to remove and replace Israel’s current leadership with a new and improved leader: Himself.

It should, given that this is the week we read the parsha about Korach’s ill-advised mutiny. Korach was certain that his cause was righteous and he adamantly stood his ground, even convincing numerous other leaders of Israel to join his effort. As most people know, he and his mixed cohort suffered a stunning defeat from the one place they thought for sure they could rely upon: The ground upon which they stood.

Without any warning, the earth under their feet suddenly dissolved into empty falling space and the entire party plummeted down, tumbling into a deep, dark abyss never to be seen again thereafter. Just as suddenly as their coalition had materialized, the earth devoured them alive and definitively ended their political ambitions in a single, remarkable moment. (See: Num 16:32-33)

The second strange occurrence this week was that on Monday afternoon, the ground in front of Shaare Zedek Medical Center suddenly collapsed into a large gaping hole, swallowing entire cars in an instant. As of today, the hole continues to expand, digesting more cars and entire trees with an appetite that has yet to be satiated.

Consider the following additional facts and features of the developing situation:

Shaare Zedek literally means “Gates of Justice.” Is it really a mere coincidence that in the very week that an Israeli politician is finally, tantalizingly close to unseating and replacing his sworn enemy, that a large gaping hole opens up in full view of the nation? What does it mean that this incident unfolds right before a famous and historic location that is exclusively dedicated to the well-being of all Israeli lives? A location which happens to sit directly east of Yad VaShem and Mt. Herzl. Two historic sites which are themselves monuments to the great cost in lives that the Jewish people have paid in order to secure and build our nation? 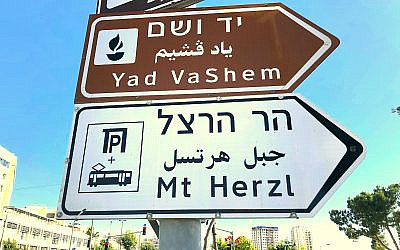 Is it possible that this week, the week of Parshas Korach, that the spectral visage of Korach himself is materializing in our Land? If so, what exactly are we meant to learn? Perhaps it could have something to do with not taking for granted the most basic of those mundane elements we rely upon every day but likely give little regard to: The air we breath, the water we drink, the sky overhead, the sun shining down, the earth under out feet. Or maybe it has a more specific meaning directly related to the sobering themes of this week’s parsha and the unmistakable, extraordinary parallels between the parsha’s themes and the mundane events unfolding here on the ground. The specificity of the numerous similarities are simply too eerie to ignore. 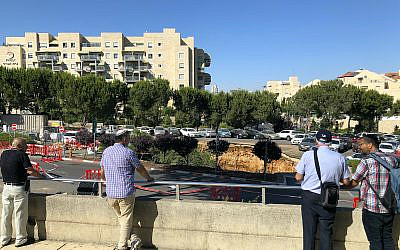 I am not a Kabbalist and I have no training in the weirding way of gematria, but it seems intriguing to me that the names of the two main roads nearest to the collapse contain words of great Biblical significance: Shmuel and Zohar. Shmuel is the name of a prophet of great stature in ancient times, one who famously even “returned” from the dead to pronounce a curse upon Israel’s first king Shaul during the incident involving the witch of Endor. And the word Zohar is universally associated with the illumination of deep secrets.

Equally intriguing is the fact that both of those roads are two way roads, meaning that each road, and it’s associated name, is doubled. One can’t help but be inclined to understand doubling as a form of emphatic emphasis. Also noteworthy is the relationship of these two paths, with one paralleling the site of the collapse and the other terminating at it in a directly perpendicular manner. Not to mention the historic name of the square in which the collapsed earth itself occurs:

The name of Israel’s wisest king, the builder of the first Temple and the Davidic descendant whose prophetic dedication prayer forever establishes the power and preeminence of the Temple site in the minds and hearts of the Jewish people. According to King Shlomo, the founder of our first Temple, the keys to the Jewish kingdom will forever lie in how Jews regard the Temple Mount: Cherish it above all else and all will be well. Turn your back on it and things will go terribly wrong. It’s an astonishing and provocative claim for any founder to make. (See: 1 Kings 8:33-53)

Looking at a Google Map’s rendering of the site, I can’t help but notice the repeating apparition of the Hebrew letter ש (“Shin”) around the site of the collapse. Some of these Shins also appear to function as crowns topping the strokes of a larger Shin that reaches out and embraces the site of this week’s dramatic incident. Intriguingly, if one traces a line straight eastward from the location where the earth has opened up in front of the Gates of Justice, one finds that the line leads straight to the City of David, the ancient seat of the Jewish nation’s political power. 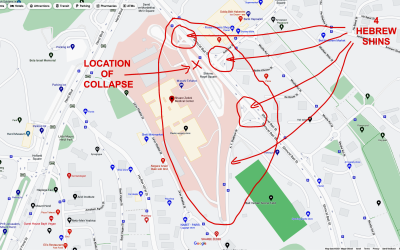 Also intriguing is the fact that the two way road (Shmuel), which runs parallel to the collapse site, is itself a line that, if it continued straight in both directions, passes through multiple locations of interest. In the eastward direction, it passes through Jordan, then Saudi Arabia, with a final terminus in Yemen. In the westward direction, the same line first passes right by Bnei Brak and Tel Aviv, before passing through Turkey and terminating in Germany.

You may recall that Shmuel famously rebuked the nation of Israel for rejecting the man who was their G-d-elected leader and instead preferring a king of their own choosing. That king, Shaul, quickly failed in a stupendous manner that has yet to be matched in Jewish history. (He also went insane along the way, eventually choosing suicide as his only way out of the complete mess he had single-handedly made of things.)

The second two-way road (Zohar), which is perpendicular and begins (or you could say ends) at the site, is also a line that, if continued straight, leads upwards through multiple notable locations. Crossing first through Jordan, it then passes through Syria, Iraq, Turkey, Iran, with a final terminus in Russia. This gaggle of nations is certainly a group that the Jews have come to know well. The two-way nature of these two roads that intersect at our site seems to bode some kind of doubling down and also hints at a back and forth, reciprocal relationship characterized by a flow of people and machines in one way or another.

Now, I confess, it sounds crazy to impute some kind of transcendent meaning to such mundane features in a physical landscape. In fact, if there is anything truly mystical to these observational facts, it is certainly above my pay-grade and expertise. But I still can’t help but wonder if the seemingly explainable events of this week might indeed have some additional, higher import. I also can’t help but wonder what it means that Israel has lately been experiencing an unusual pattern of collapse: First Meron, then Givat Ze’ev, and now a parking lot directly in front of the “Gates of Justice.” During the week of Parshas Korach, no less.

I may not be a Kabbalist, however I must nevertheless acknowledge and recognize the further inherent importance and particular significance in the aforementioned street name that terminates at the site of the collapse:

A curious word that appears in the entire Bible only two times: Ezekiel 8:2 and Daniel 12:3. In both cases it is usually rendered as “radiance.” Even more significant is the context of those two verses. They are part of storied prophecies regarding the End of Days, the coming of Moshiach and, incredibly, the resurrection of the dead. In Ezekiel the term “zohar” has to do with flagrant idolatry and paganism being wantonly brought into the sacred site of the Temple by none other than the leaders of Israel. This includes G-d’s searing promise of grave consequences for the nation because of the explicit contempt demonstrated by Israel’s leadership. (See: Ez 8:5-18.) The occurrence of “zohar” in Daniel’s verses has to do with the Jewish nation enduring a time of great distress and an ultimate, final deliverance against all odds. (See: Dan 12:1-3)

I don’t know about you dear reader, but, to my mind, there is such a thing as too many accumulating, intersecting coincidences clustering around a matter for the thing to remain mere meaningless chance. So, before we bid adieu, here is one last little detail for your further consideration. 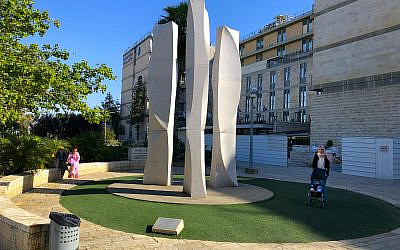 It just so happens that overlooking this scene we’ve been examining is a marvelous three pillared sculptural monument made of granite. The three stone pillars are arranged in a relationship with each other that forms a footprint that indirectly traces the shape of an equilateral triangle. The monument’s pillars, arranged in a triangular pattern, stand on a grey circle that sits just slightly off-center of the middle of a larger, darker green circle. These two circles together sit in an even larger, lighter circular open air plaza.

The three circles together, with their dimensional proportions and alternating light and dark schemes manage to, either by accident or design, create the distinct effect of a great, unblinking, wide-open, all-seeing eye gazing ever skyward. Out of the pupil of this “eye” rises the three pillars that stand arranged in a triangular fashion like tall sentinels silently watching over the Gates of Justice. These stark and imposing watchmen just happen to be tall enough, and positioned at a high enough elevation, to have a clear view of the collapse and the subsequent gaping hole in the earth.

All of these little details might seem to add up to nothing other than more meaningless facts and data. That is, all but for one last, small little detail… The name of the sculpture: 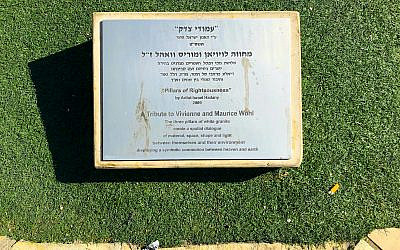 I will not now venture to say exactly what it all means, but of one thing I am certain: This week the ghost of Korach has been haunting Israel at the Gates of Justice.

About the Author
Yehoshua is a respected thinker and polymath, whose international career has transversed multiple disciplines and spheres of knowledge, including: science, religion, art, media and technology. Using a sophisticated suite of skills that draw upon a complex body of knowledge, Yehoshua regularly provides strategic consultation and creative, real-world solutions to firms seeking to remediate operational challenges. In his spare time, Yehoshua makes art and writes essays on subjects of personal interest. He splits his time between the US and Israel, frequently traveling to work on design challenges around the world.
Related Topics
Related Posts
Comments