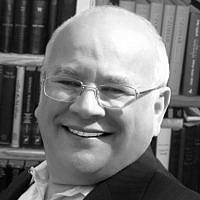 Can a cheeseburger be kosher?

Of course not, you say. Cheeseburgers may be the archetypical non-kosher food.

We are talking about meat, and we aren’t referring to veggie burgers.

This question is especially relevant, as Jews begin the first “nine days” of the Hebrew month of Av, which begins this year on August 5th, when meat is not traditionally eaten except on Shabbat, until after the fast of Tish’a B’Av, commemorating the destruction of the temples in Jerusalem.

Kosher is Hebrew for proper, or fit.

What is kosher? The general rules are fairly widely known. They are based on the biblical specifications in Leviticus and Deuteronomy. (You can find a good introduction to kosher eating at www.jewfaq.org/kashrut.htm.)

An important element of eating kosher, relevant to kosher cheeseburgers, is the separation of dairy from meat and poultry. This rule is specified nowhere in the Torah, but is inferred by the rabbis based on three separate occasions where the Torah tells us not to “boil a kid in its mother’s milk” (Ex. 23:19; Ex. 34:26; Deut. 14:21).

Any product derived from forbidden animals — including their milk, eggs, fat, or organs — also cannot be eaten. For example, rennet, an enzyme used to harden cheese, often is obtained from non-kosher animals. Thus, kosher hard cheese must be derived from a kosher animal, and can be more difficult to find.

The reasoning behind the dietary laws is not given. In his book “To Be a Jew” — an excellent resource on traditional Judaism — Rabbi Hayim Halevy Donin suggests that the dietary laws are designed as a call to holiness. The ability to distinguish between right and wrong, good and evil, pure and defiled, the sacred and the profane, is very important in Judaism. Imposing rules on what you can and cannot eat ingrains in us that kind of self-control, requiring us to learn to control even our most basic, primal instincts.

Over millennia, the sparse biblical verses have been analyzed, expounded upon, and codified into a complex set of dos and don’ts. Food technology has become increasingly complex; thus those who keep kosher rely on rabbinical certification by rabbis well-versed in the details.

This brings us to the burger. It may be derived from forbidden animals, not slaughtered in accordance with Jewish law, and the blood may not have been drained properly. A cheeseburger compounds the offense, improperly combining dairy and meat.

By using talmudic logic, however, we may find a loophole to the prohibition. And it may be available just over the horizon.

A few years ago, the world’s first lab-grown burger was introduced and taste-tested.

The burger was created by harvesting stem cells from a portion of cow shoulder muscle that were multiplied in petri dishes to form tiny strips of muscle fiber. About 20,000 of the strips were needed to create the five-ounce burger. The research was partially funded by Google co-founder Sergey Brin and based on a research program begun by Willem Van Eelen, an 86-year-old entrepreneur who filed for a patent in 1997.

Mark Post of Maastricht University in the Netherlands unveiled the first cultured hamburger in August 2013. In a world first, Professor Post revealed it in a widely publicized event in London. The burger was made up of around 20,000 muscle strands grown in Mark’s laboratory. It was made with a little egg powder and bread crumbs and a few other common burger ingredients. The burger was cooked by frying in a pan and Mark, food writer Josh Schonwald, and nutritional researcher Hanni Rützler tasted it. They all pronounced it “pretty good.”

This could help solve the coming food crisis and combat climate change.

How did Mark do it?

Post’s cultured meat creation process goes something like this: myosatellite cells, a kind of stem cell that repairs muscle tissue, are taken from a cow neck and put in containers, along with fetal calf serum, which is the medium. (Post since has switched to a non-animal source.) The cells are placed onto gel in a plastic dish, where the calf serum’s nutrients are reduced, triggering the cells to go into starvation mode and split into muscle cells. Those cells eventually merge into muscle fibers called myotubes and start synthesizing protein. The end product is a tissue strip, described by the New York Times as “something like a short pink rice noodle.”

By the end of the production of the burger, the muscle strands were grown in media with zero fetal bovine serum.

Believe it or not, Sir Winston Churchill (1874 — 1965) clearly foresaw this development. In 1931, he said, “Fifty years hence, we shall escape the absurdity of growing a whole chicken in order to eat the breast or wing by growing these parts separately under a suitable medium.” In an essay for the Strand magazine called “Fifty Years Hence,” Churchill predicted a future wherein scientists exploit microbes to produce lab-grown meat, just as bakers use yeast to make bread. (We are now lagging Churchill’s prediction by 30 years.)

But would such a burger be kosher? Would it be considered meat?

The answer may surprise you.

Meat produced through this process could be considered parve — neither meat nor dairy, similar to vegetables— according to Rabbi Menachem Genack, CEO of the Orthodox Union’s kosher division. Rabbi Genack is a leading authority on the rules for keeping kosher and the longtime rabbi of Englewood’s Congregation Shomrei Emunah.

Under traditional Jewish law, a burger produced this way also could be paired with dairy products.

Several key conditions would have to be met to create kosher parve cultured beef. The tissue samples to be grown in the lab would have to come from an animal that had been slaughtered according to kosher rules, and not from a biopsy from a live animal, Rabbi Genack pointed out. The cheese would have to be kosher as well, derived from kosher rennet.

The principle underlying this theory is much like the principle applied to the status of gelatin in Jewish law: Though the cultured beef is derived from an animal, it is not actually meat. The OU, in fact, certifies some bovine-derived gelatin as parve.

Rabbi Genack noted another source for viewing cultured meat as parve: a 19th century Vilna-born scholar named Rabbi Shlomo HaKohen (1828–1905), known as the Heshek Shlomo, wrote that the meat of an animal conjured up in a magical incantation could be considered parve.

Some have nicknamed the product shmeat.

It may not be too much of a stretch, then, to apply the same logic to modern genetic wizardry. If you think that the rabbis’ inclination would be to forbid such innovation, you would be wrong. In B. Sanhedrin 29a, the Talmud teaches a principle called Bal Tosif, prohibiting new restrictive regulations, except as a temporary measure in exigent circumstances.

As the Talmud tells us: “Hezekiah said: Whence do we know that he who adds [to the word of God] subtracts [from it]? — From the verse, ‘God hath said, You shall not eat of it neither shall ye touch it.’ The codifier Maimonides stated (Laws of Rebellion 2:9), What then is the meaning of the scriptural prohibitions, ‘Do not add to it and do not detract from it?’ (Deut. 4:1-2). The intent is that they (the rabbis) do not have the authority to add words of the Torah or to detract from them, establishing a matter forever as part of scriptural law.”

So you now have permission to try OU-approved synthetic meat, when it is available.

But don’t run to Google Shopping or to Amazon to order some just yet.

The first lab-born burger cost $325,000 and took two years to make. Back in 2013, researchers warned it was still a long way from market availability, kosher or otherwise. If it is mass-produced, researchers estimated then that it would cost $30 a pound.

They were (half) wrong.

The price of the ingredients dropped to just over $11 for a burger ($80 per kilogram of meat). But Post told Australia’s ABC that he thinks it will still be another 20 to 30 years before it’s commercially viable. The chief hurdle still left to overcome is to figure out how to scale test-tube meat. An earlier major obstacle — coming up with a way to produce it that doesn’t use fetal calf serum — was accomplished in early 2015

Tracey Hayes, CEO of Australia’s Northern Territory Cattlemen’s Association, doesn’t think it is coming too soon. “I think it’s too big a stretch to expect the broader public or the general consumer to consume beef that has been prepared in the laboratory,” he said. Of course, some might say that he has an ax to grind.

Rebecca Ruth Seidel is the dairy manager and cheese maker of Wholesome Dairy Farms, a grazing operation in rural Pennsylvania. She’s a fourth-generation farmer, and she disagrees with Hayes. “Cellular agriculture should not be viewed as a threat by the agricultural community,” she said. “Rather, it should be viewed as yet another tool to feed a growing population on a planet with limited resources.”

Scalability is a different expertise, outside of his training, so we can’t really forecast when parve cellular meat will become commercially available. You will have to stay tuned.

There already is competition from related but pure vegetarian products. One, the Impossible Burger — a hotly awaited, laboratory-created, all-plant product meant to look, taste, and smell like beef and even ooze “blood” — recently was unveiled by its biochemist creator, Patrick O. Brown, and superchef David Chang. It was developed with an investment of $80 million, and will be offered for sale at Momofuki Nishi, Chang’s (non-kosher) Chelsea restaurant. It is made from wheat, coconut oil, and potato protein, along with one you might not know — heme, a deep red iron-containing compound, C34H32FeN4O4. While it looks and smells like beef, sizzles on the grill, and even browns and oozes fat when it cooks, taste reviews have been less than enthusiastic.

Beyond Meat also just released Beyond Burger, which is made from pea protein and is 100 percent vegan.

Neither of these products are based on the muscle tissue, so they do not present the same halachic questions posed by harvesting stem cells from a portion of cow shoulder muscle, which also promise to taste and feel much more like beef.

However long it takes to enter production, the analysis of its kosher consequences provide an interesting example of how talmudic logic is used to analyze new technological developments within a halachic framework.