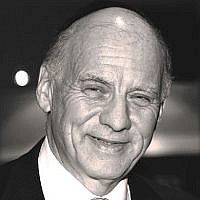 The Blogs
Menachem Y. Lubinsky
Apply for a Blog
Advertisement
Please note that the posts on The Blogs are contributed by third parties. The opinions, facts and any media content in them are presented solely by the authors, and neither The Times of Israel nor its partners assume any responsibility for them. Please contact us in case of abuse. In case of abuse,
Report this post.

This Tuesday, November 15th marks the 28th year that the food industry from around the world will meet for Kosherfest, an annual trade show that showcases some of the latest kosher certified food products. From its humble beginnings with just 94 exhibitors and 900 visitors at Giants Stadium in Rutherford NJ (1988), the show this year will showcase nearly 400 booths and over 6,000 visitors in the Meadowlands Exposition Center, Secaucus NJ. What is noteworthy is that the visitors and exhibitors will come from more than 30 states in the US and more than 21 countries worldwide including Spain, Japan, Israel, Canada, the Czech Republic, Korea, South Africa, Bulgaria, Chile, Turkey, the UK, and Mexico. Some 300 new products will be introduced at the show to join more than 200,000 food items that are kosher certified. In the US alone, kosher is estimated to be a near $13 billion industry. It is even larger in Israel.

But the real story is just how many nations worldwide produce kosher products. Data from the more than 1500 certifying agencies and rabbis around the world indicates that kosher certification is now given to food manufacturers in nearly 100 nations. Why? It is virtually impossible to sell a food ingredient to the US or Israel without kosher certification. With most large food companies in the US being kosher (i.e. Coca Cola, Dannon, Kellogg’s), they will only accept kosher certified ingredients. Hence, hundreds of rabbis circle the globe to certify food products from the hamlets in Cambodia to several thousand manufacturers in China.

For the millions of Jews and others who eat kosher the dramatic changes in kosher food and wine have been revolutionary. From some of the world’s best wines to a growing number of upscale restaurants, kosher has gone upscale. The changes in shopping have been equally as momentous, from the thousands of supermarkets that have kosher sections to the ever expanding networks of kosher independent gourmet supermarkets. And there is so much more to kosher these days: Discount chains and sports stadiums, hospitals and universities, airports and hotels. With average increases in sales of 10%-12% kosher has leapfrogged ahead of most other food categories which hover around 3%-4%.

As the kosher community meets this week in New Jersey, it can rightfully celebrate one of the great accomplishments in Jewish life over the last half century. It is perhaps one of those rare moments of unity that we so long for. The good news is that it is very much like the song Paul Williams wrote and the Carpenters sang: “We’ve Only Just Begun!”

About the Author
Menachem Lubinsky is president and CEO of Lubicom Marketing, the pre-eminent marketing form for kosher and the Jewish world. He is also the founding co-chairman of the International Committee for the Preservation of Har Hazeitim.
Comments