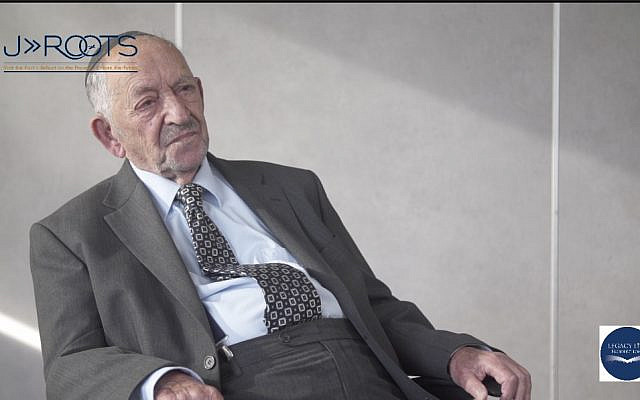 We are marking 82 years since Kristallnacht. Even the grim name for this date, hides the horror. The “broken glass” — kristal — was far from the most horrific feature. It was really a night of broken hearts and shattered dreams battered people. 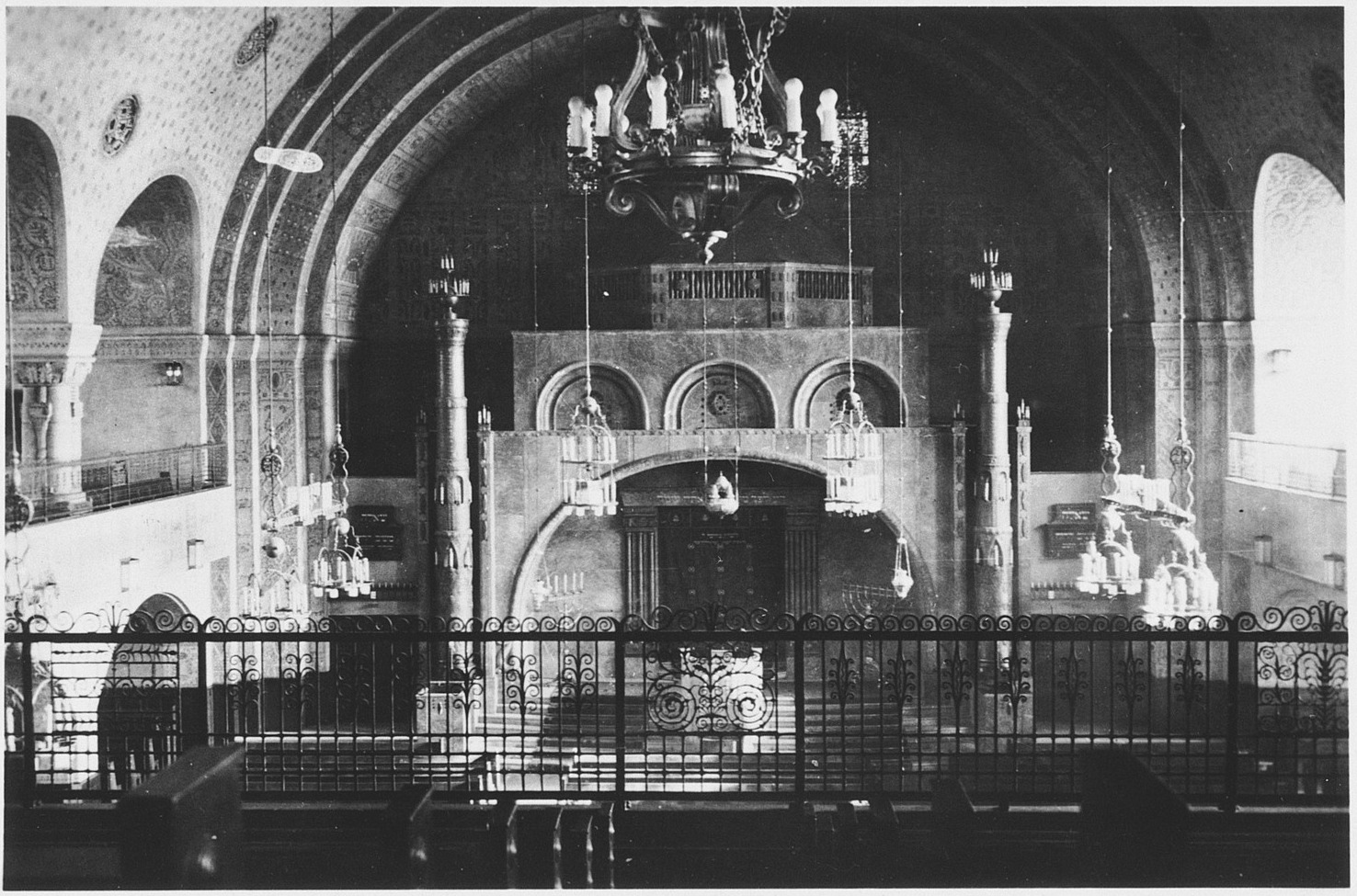 Every act of wanton anti-Semitic destruction shakes lives. When I walked to our communal centre on a Shabbat morning in 2006 and found the place burned by Jew-hating arsonists, stinking of ash and loathing, it felt like a dagger to the heart.

I’ll never forget the charred and blackened debris of the torched building, or the sanctuary where the Torah scrolls lay naked on the floor. And I’ll never forget how facing this repulsive sight, feeling sickened yet knowing this wasn’t even a hint of the horror seen on November 9, 1938, made me think about how utterly terrible that night and the ensuing period must have been.

I was repulsed at the devastation of a single isolated attack, with empathetic British police officers voicing outrage and respectfully awaiting my instructions for handling the Torah scrolls, what, I wondered, did Kristallnacht feel like? 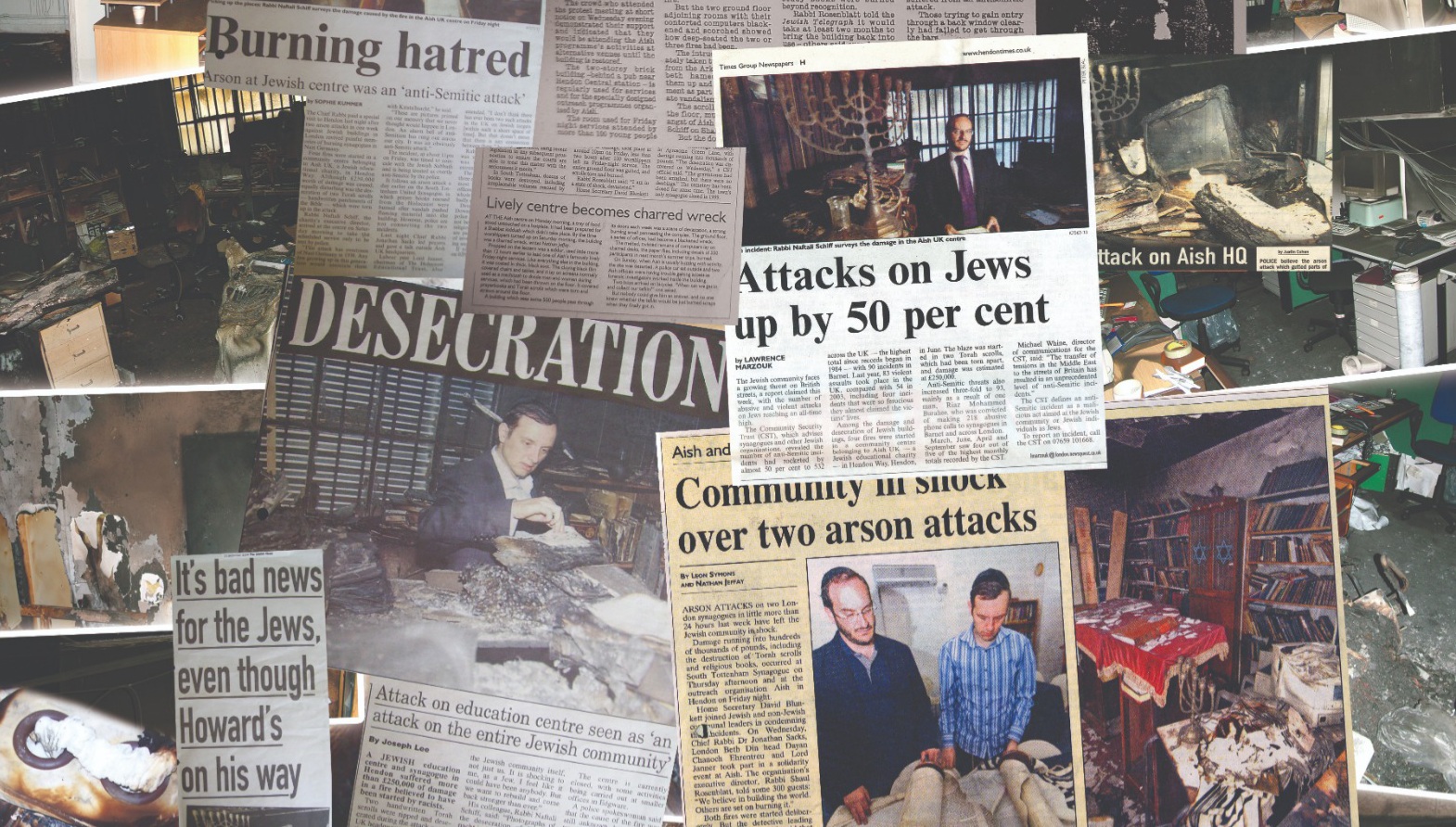 It involved some of the sights and smells I was experiencing, but on the most enormous scale imaginable. Back in November 1938 authorities stood and watched, without taking action. I was witnessing an act of vile extremists on the fringes of society, but on Kristallnacht it went much deeper: it was the rampage of a new elite signaling that the Jews were being spewed out of their society.

In both scenarios, that of regime-backed antisemitism decades ago and today’s antisemitism, our response is the same: stubborn resilience.

The day after the London attack then-Chief Rabbi, Sir Jonathan Sacks, who we’re all now in mourning following his death last weekend, visited us at the scene. There are many vignettes of his galvanizing wisdom circulating today. This incident was no exception — he knew exactly what to say.

He quoted the Biblical verse which states that as the Israelites were afflicted in Egypt, so they grew. “Naftali,” he said. “the quintessentially Jewish response to tragedy is to build bigger, better, stronger than before. This is what you must do today.”

As Rabbi Sacks spoke, the scene from the previous day started to play again and again in my head. I had crouched down on the floor cradling a desecrated and broken Sefer Torah in my arms, under the gaze of UK police, and rose up from that low point to stand tall, proud, determined and with renewed courage. I started to see this as a metaphor for me, for my family, and for our most privileged generation of Jews.

And I became more compelled than ever to seek out the role models we have for Jewish resilience and rebuilding.

Bouncing back is part of our story from the start. Abraham was tested by God many times, and even after mourning the loss of his wife, the Torah portion this week reports that he “rose up from the face of his bereavement”, springing up once again with resolute action.

Today, we have the most inspiring imaginable role models of resilience. They are the Jewish people who lived through Kristallnacht, often surviving as the sole remnants of families and communities; those who built new lives, families, communities, institutions, and intellectual legacies even though their hearts and often bodies were broken.

In many places, the Jewish communities we enjoy today, have been built by them. They have played a disproportionate role in promoting the rallying cry of Jewish communities the world over: nurture bonds with the past, engage in the present and invest in our future.

Over recent years, one of the most memorable projects to grab my passion has been interviewing and capturing for posterity the stories and lessons of the last of our Survivors worldwide. Especially around important dates like the Kristallnacht anniversary, to bring the authentic voice and hard-earned values of Survivors to young Jewish people carries an unparalleled and memorable educational experience for all.

The JRoots educational charity we established some years ago takes thousands of students to see the wealth of Europe’s Jewish history: in places we will visit 1000 years of Jewish life before Holocaust sites and many others. When possible, we arrange for Survivors to accompany them. As they hear of Holocaust horrors, they have been privileged to also hear first-hand from a man or woman who lived through them and found courage to build a new life.

This year, the anniversary is passing without any of the face-to-face meetings between Survivors and students we would normally bring together. What a difference 10 months makes. Back in January JRoots enabled Survivors to capture the world news agenda. We worked with the Auschwitz-Birkenau Memorial Foundation to bring almost 200 Survivors and their families to events in Poland to commemorate 75 years since the liberation of Auschwitz. Now, sadly we can’t even take them to a school assembly. 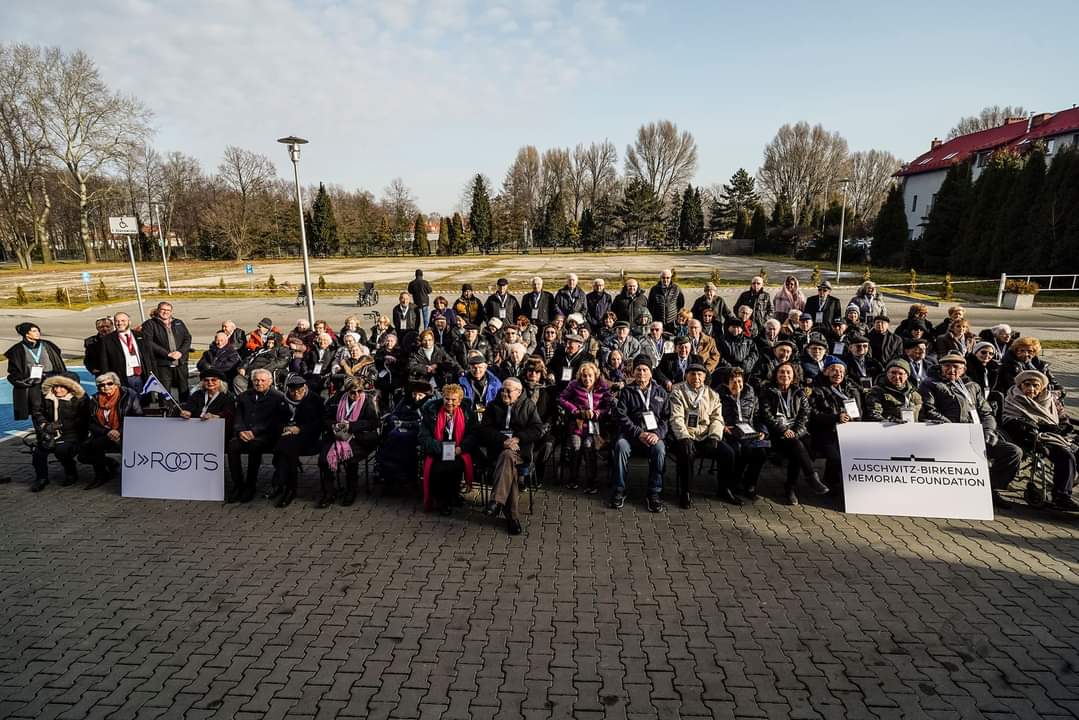 But we are finding creative ways to share their messages. It’s our obligation, in order to enable people to hear both their account of destruction, and their experience of rebuilding. They speak of fires that destroy, and also fires that are forge anew; they speak of challenges that give rise to hopelessness and challenges which people face and end up stronger and more determined.

That’s why, when we set up JRoots, it was intended as a platform that would allow Survivors to tell our communities about life, not only about death. There are few things more powerful than seeing a Survivor proclaiming Am Yisrael Chai.

Survivors may be in coronavirus isolation, but however we get to hear them, the voices of these people are more important than ever.

They don’t only help the world to recognize the heinousness of Nazi acts and strengthen the “never again” resolve. They help us to understand the trait of Jewish resilience, which gave our Family the strength to revive even after a humiliation and rejection on the scale of Kristallnacht.