Iraq is crumbling as Sunni rebels overrun the north. The Kurdish Peshmerga has claimed Kirkuk and its oil fields. Can Iraq be resurrected?

Iraqi political parties are fractious, many represent large militias, some represent tribes and regions, and they are virtually all split along ethno-religious lines. Shiites and Sunnis divided by their millennia-old religious schism, while the Kurds are a large ethnicity divided into four countries whose best national ambitions lie in Iraq. For some time political leaders the world over have called for Iraq’s division into three states. With Syria divided into Bashar Al-Assad’s western fiefdom and the largely Sunni and Kirdish East looking out for itself, Middle-Eastern borders may never return to what they were.

The Islamic State of Iraq and Syria (ISIS), a large Sunni militant group that purportedly has ties to Al-Qaeda, claims to be conquering north-central Iraq on behalf of Iraq’s Sunni minority. During the campaign many commentators, especially those within Iraq, have tried to point out that ISIS is not the primary force in Iraq. The rebel movement led by Sunni Arab tribes native to Iraq. Nevertheless, ISIS is using the campaign as a major propaganda coup.

It has been noted that Iraq’s Shiite Prime Minister Nouri Al-Maliki has been consolidating power (see Marginalized by Al-Maliki, Iraq’s Sunnis Turned Violent). He has arrested Sunni politicians and has persecuted this minority group. Protests against the Maliki’s policies have turned violent more than once. Thus, Iraq’s Sunnis are turning to the “old ways:” they have formed into a military force and are reclaiming their part of the country by force. Al-Maliki’s failure to be collegial with his opposition, especially the pragmatic Ayad Allawi, may have brought Iraqi democracy to an end.

At the moment, the Kurds, left to fend for themselves, have taken security into their own hands. ISIS and the Sunni rebels have de facto control over the Sunni northwest, and Shiite militias are slowly seizing power in southern Iraq. The reality is this: the Sykes-Picot agreement is dead, as ISIS recently tweeted, and the only question now is what form Iraq’s two splinter states will take. 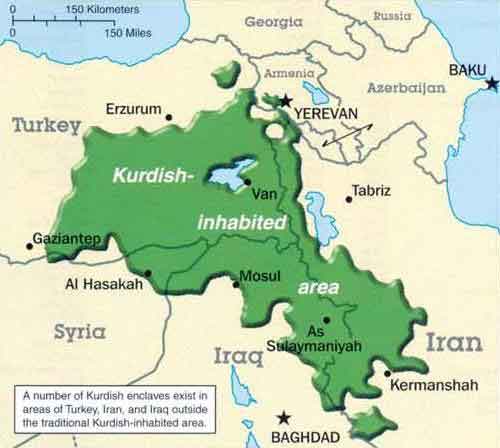 Years ago, Iraq’s Kurdish population made a play for Kirkuk, claiming the oil-rich city and its surrounding country as a historical part of Kurdistan. The Iraqi government refused the claim, citing, in part, the city’s large Sunni Arab population. With the rise of Sunni rebels in Iraq, the Iraqi Army fled the country’s northern region, afraid of being cut off from reinforcements to the south. Kurdish paramilitary irregulars – the Peshmerga – have seized the opportunity. Not only have they taken up defensive positions around the Kurdish region in northern Iraq, they have taken Kirkuk and have fortified the region. At least for the moment, the Sunni rebels have decided leave this region alone.

Iraq is not the only country wherein Kurds have struggled with the government: Syria, too, has its Kurdish minority. It is not difficult to imagine that Syria’s Kurdish minority will soon also be under the protection of the Peshmerga. The circumstances may permit, for the first time, Kurdish national ambitions across borders. While most Kurds continue to live in Turkey, and Iran also shares a small Kurdish region, a Kurdish state in northern Iraq and Syria would be a sound beginning for Kurdish national ambitions. A shipment of Kurdish oil from Kirkuk recently arrived in Israel, showing Kurdistan’s ability to build economic ties and international alliances.

Key to this possibility is Turkey. Erdogan, Turkey’s Prime Minister, has tried to keep his country out of the fighting in Syria as best he can. Turkey has long been concerned over Kurdish national ambitions, as perhaps a quarter of Turkey has a majority Kurdish population. No one has more to lose from a Kurdish state than Turkey. If one takes a different view of the situation, however, by supporting Kurdish national ambitions in Iraq and Syria, Turkey could drive Kurdish nationalism south of its borders and contain it there. The question is, for how long?

The Return of Assyria 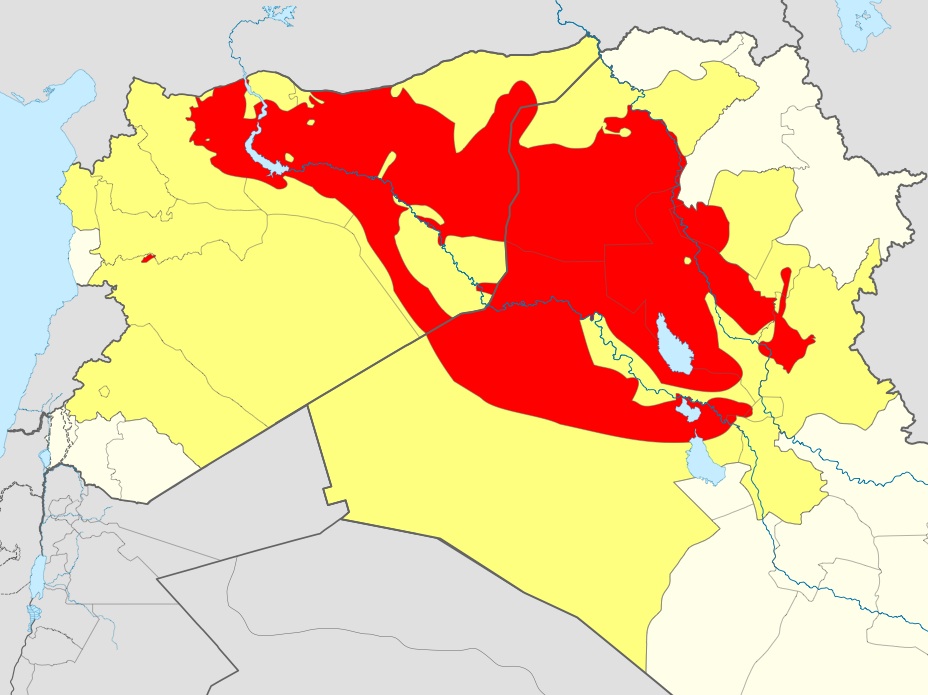 ISIS (or ISIL) has seized much of northeastern Syria and now western and central Iraq. This largely Sunni Arab region may choose to form a new country. In Iraq the Sunnis used to rule the country under Saddam Hussein’s Bath Party. Now they have lost control of that country and face marginalization by the largely Shiite government. Iran is increasingly seeking influence with Maliki and his government. Several hundred (if not perhaps thousands) of Iranian irregulars have entered Iraq. These forces will certainly seek influence wherever they go. Where Iranian irregulars go, they rarely leave without a fight. They will find many friends, Baghdad-based Muqtada Al-Sadr and his militia and the Badr militia of Basra and southern Iraq among them.

Meanwhile, the civil war in Syria aimed at toppling Bashar Al-Assad’s Allawite regime has failed (see Syrian Civil War: A Military-Strategic Assessment). Assad has slowly consolidated power over the western portion of the country from Damascus north to Syria’s Mediterranean coast; with much help from Iran and Lebanon’s Hizbullah. Iran supplies Assad through Baghdad, a lifeline that ISIS may soon cut. Nevertheless, Syria may never return to its former self. Assad can barely assert himself in the west and has little control over his country’s eastern frontier.

Under these circumstances, one might expect the rise of a new Sunni Arab state in eastern Syria and northwestern Iraq. Assyria reborn, it would seem. Rather than the question of whether this state exists one might ask what form this renewed Assyria will take as it already exists in essence. At the moment, ISIS and fundamentalist Islamists seem to have the run of things. The orders to civilians in ISIS occupied regions and the gruesome pictures posted by ISIS on social media give us a clear idea of their intentions. Foreign support for an Assyrian state, might, however, offer an opportunity for an alternative vision: a modern, free Sunni state.

It would seem that the Sunnis in Iraq and Syria are no longer content with their national borders. The Kurds, who have never been comfortable with those same borders, are also asserting their own independence in a de facto, if not de jure, form. Meanwhile, Iraq’s Shiite political leadership, headed by Maliki, is more interested in consolidating its power than in attempting to preserve a pluralist, democratic state. ISIS’ recent tweet that “Sykes-Picot is over” merely states a truth that has yet to be acknowledged by mapmakers.

For the United States the challenge is clear: US policy has been a united and democratic Iraq within the internationally recognized borders. These borders do not, however, reflect the reality. It is difficult for these groups to live with one another. The question really is, what is the US willing to do to preserve a united Iraq? It is unlikely that Americans will tolerate a major military intervention, a renewal of a conflict that Americans had little stomach for in the first place.

Perhaps it is time to intervene diplomatically rather than militarily: seek a multi-state solution. Assyria can be made up of eastern Syria (what exactly can Assad do about that at the moment?) and northwestern Iraq. The creation of such a state without international opposition must be contingent, first upon an end to the violence by ISIS in Syria; second upon the creating of a reasonably free and democratic state; and finally upon the agreement to resettle some of the millions of refugees from the Syrian Civil War. Russia and Syria are certain to object, but the US has already acquiesced over the Crimea and Syria is hardly in any shape to oppose such an arrangement, especially if it preserves Assad’s state from Damascus to the north along the coast.

Kurdistan in the far north of Iraq and Syria can finally received its much deserved recognition as an independent state. Such an arrangement must likewise be predicated upon conditions. That a Kurdish state would be reasonably free and democratic is not of great concern, but Kurdish national ambitions beyond this Kurdish state must end.

What remains of Iraq would be Shiite, from Baghdad to the south. Effort must be taken here to avoid giving this country over to Iran’s influence. Unfortunately, Iran already exerts significant influence there.

Events in Syria and Iraq will soon overwhelm the ability of the US and the international community to seek any other solution.

The Kurds have never truly had faith in the government in Baghdad. In recent years the Sunni population has been given reason to believe that they, too, cannot trust the Baghdad government. All the more reason to seek out a solution that everyone can live with. US policy needs to shift if we want to avoid a fanatical Islamic state in Syria and Iraq that will soon exist whether or not we approve.

If such a fundamentalist state does come into existence there will be far reaching implications. Will ISIS’ next target be Riyadh?