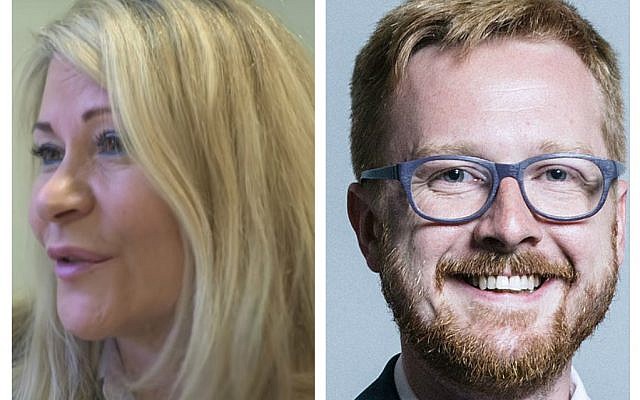 Whether inviting antisemitic speakers or sharing old stories, some Labour politicians will go to extraordinary means to justify the ends of their world view.

This week started with Pauline McNeill, a Labour Member of the Scottish parliament sharing an historic article from 2005.

It was about an Israeli army officer who “fired the entire magazine of his automatic rifle into a 13-year-old Palestinian girl” having been “acquitted on all charges by a military court yesterday.”

When she was told it was an old article, instead of deleting the tweet – which has now been retweeted more than 4,400 times – she claimed  she “didn’t notice” it was old, before doubling down, adding “the behaviour of the army continues to act with impunity and children are still being detained and shot at going to school.”

In other words –the article is fake news, but as it fits my anti-Israel worldview, I’m going to keep the tweet up anyway. Scottish Labour claimed it was a “genuine error” and nothing was done. Quelle surprise. 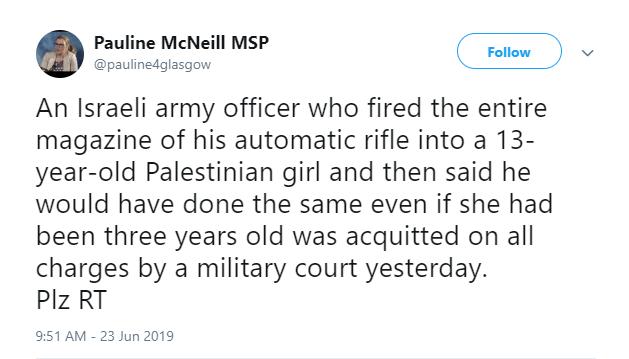 Then, one of Labour’s young rising stars, Lloyd Russell-Moyle MP, agreed to host Ahmed Alshami, a leading spokesperson for the Houti movement in Yemen, for a Stop The War event in Parliament.

The movement’s slogan is:

“God is the greatest, Death to America, Death to Israel, Curse on the Jews, Victory to Islam.”

Obviously there was going to be anger from the community on this. Initially Russell-Moyle justified the invite, saying it was necessary to “have meetings with different parties to conflicts, even when we vehemently disagree with their views, in order to bring about peace.”

It took the intervention of Dame Margaret Hodge, who branded the “antisemitic language and actions of the Houthi group” as being “sickening”, before he cancelled.

This is of course after the Jeremy Corbyn invited Hamas and Hezbollah to tea in parliament calling them his “friends”; justifying it by saying: “the language I used.. was about encouraging the meeting to go ahead, encouraging there to be a discussion about the peace process”.

Like Corbyn, Russell-Moyle invited the Houtis to be ‘part of the discussion’ in spite of their antisemitic views. While McNeill shared the tweet despite its accuracy.

In both cases, there is a certain exceptionalism in order to justify a political worldview.

While it’s good Russell-Moyle cancelled the event and McNeill issued some sort of retraction, albeit grovelling; the issue is why they acted in the first place, and why there was no scrutiny.

If Labour wants to improve trust with the community – it needs to stop letting offending MPs off the hook.