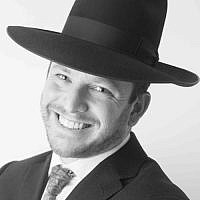 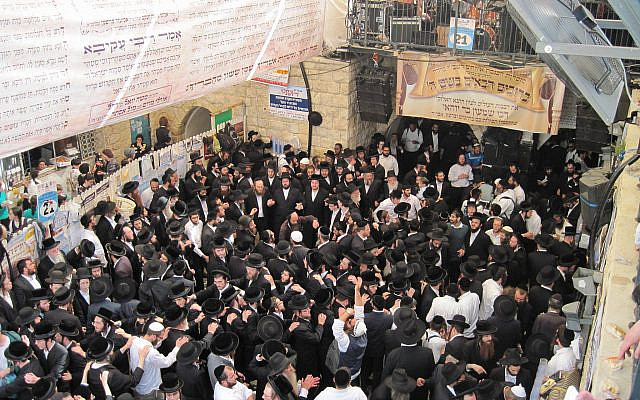 Jewish law stipulates (Shulchan Aruch OH Chapter 493) that during the days between Passover and the 33rd day of the counting of the Omer one must refrain from a number of pleasurable activities. We may not get married, cut our hair/shave, or listen to music. This law is based on the historical tragedy of the death of the 24,000 students of the great Tanaaic sage Rebbi Akiva which is recorded in the Talmud (Yevamos 62b). On the 33rd day of the Omer (known worldwide as Lag Ba’Omer) such practices end. We begin to engage in the aforementioned pleasurable activities and are encouraged to be particularly joyous. The Shulchan Aruch explains that this is due to the tradition that it was on that day that the students stopped dying.

The Pri Chodosh (Rabbi Hezekiah Da Silva, 1656-1698) one of the primary commentators on the Shulchan Aruch, asks the obvious question. We are told that Rebbi Akiva had 12,000 pairs of students who all died during this time period. Why then would there be reason to celebrate? After all, there were simply no students left to die?

The Pri Chodosh answers that our joy is in recognition of the five new students who Rebbi Akiva went on to teach after all of his original students died. As it is recorded in the aforementioned Talmud, Rebbi Akiva went on to teach Rebbi Meir, Rebbi Yehuda, Rebbi Yossi, Rebbi Shimon and Rebbi Elazar ben Shamua, and it was these students “who upheld the study of Torah at that time.”

If one stops for a moment to contemplate Rebbi Akiva’s loss, it is mind-boggling. Even today, with the widespread rebirth of Torah study after the Holocaust, the largest Yeshiva numbers approximately 8,500 students. A study hall that possessed 24,000 students who were of the caliber to be considered students of the great Rebbi Akiva is truly beyond our comprehension.

Rebbi Akiva invested everything that he had in educating his students. He spent many years away from his family in order to dedicate himself solely to the study and the teaching of Torah. When eventually the Romans decreed that the teaching of Torah would be punishable by death he gave up his life to continue teaching. To have every one of his students wiped out within a relatively short period of time is a loss and a tragedy the weight of which is unfathomable.

And yet, Rebbi Akiva was not crushed. After experiencing the blow of a lifetime he did not close up shop. Rather, he sought out new students and immediately resumed teaching. His fortitude and conviction of purpose spurred him to waste no time in moving forward and it was this initiative which perpetuated the study and the teaching of Torah for generations to come. To my understanding, it is this rebirth-after-tragedy to which the Pri Chodosh is attributing the joy of Lag Ba’Omer.

In fact, the Jewish nation in general and its leaders in particular have been characterized by such fortitude and conviction. If I may, I’d like to single out a few:

The Klausenberger Rebbe (Rabbi Yekusiel Yehuda Halberstam 1905-1994), had thousands of followers in the Romanian town of Klausenberg. During the Holocaust, his wife, 11 children, and most of his followers were murdered. The Rebbe himself was sent to numerous concentration camps where he was subject to brutal torture and harsh labor. However, he never gave up. After the war, he remarried and built communities in both the United States and Israel. He established Laniado Hospital in Netanya, a paragon of medical innovation and dedication to the sick.

The Bobover Rebbe (Rabbi Shlomo Halberstam 1907-2000), who lost his saintly father, wife and two of his children during the Holocaust, rebuilt the Bobover dynasty literally from the ashes. From a sect that was almost completely obliterated, he inspired it to grow to be from the largest Hassidic sects to this day.

Life is rife with tragedy. Speak to almost anyone, and you will find that they have been subjected one tragedy or another. People lose loved ones, marriages collapse and people declare bankruptcy. Without a deep sense of purpose in life, people are inevitably lost in the face of such disappointments. How fortunate we are to possess the Torah and to be Hashem’s chosen people. We have the legacy of our larger-than-life forbearers to inspire us to forge onward in the face of our challenges. This, I believe, is both the message and joy of Lag Ba’Omer.

About the Author
I am a 32-year-old Torah scholar who has always loved to write. I have lived in Binghamton, New York (first seven years of my life), Toronto, Ontario (next 13 years), Jerusalem, Israel (next seven years) and again in Toronto (next five years). I am passionate about the history of our people and I love to hear from and interview members of the previous generation. I am also passionate about teaching Torah and spreading messages about healthy and productive approaches to living and human interaction.
Related Topics
Related Posts
Comments