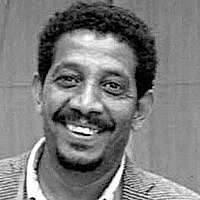 The Blogs
Habtom Ghebrezghiabher
Apply for a Blog
Advertisement
Please note that the posts on The Blogs are contributed by third parties. The opinions, facts and any media content in them are presented solely by the authors, and neither The Times of Israel nor its partners assume any responsibility for them. Please contact us in case of abuse. In case of abuse,
Report this post. 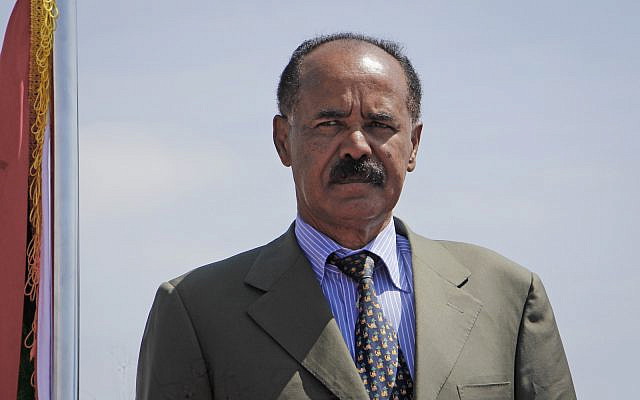 The decision by Prime Minister Yair Lapid to close the Israeli embassy in Eritrea undermines strategic Israeli interests in the Horn of Africa and the Red Sea and only serves the Eritrean dictator, Isaias Afwerki.

Eritrea and Israel established diplomatic relations upon Eritrean independence in 1993. However, the relationship deteriorated after the Ethiopia-Eritrea war in 1998, when Israel assisted Ethiopia. Ties worsened further with the influx of Eritrean refugees to Israel. About five years ago, Isaias summoned his ambassador in Israel, Tesfamariam Tekeste Debbas, home to Asmara the capital and detained him. The Eritrean embassy in Israel was downgraded and today exists only to spy on the Eritrean asylum seekers.

Isaias Afwerki is an isolationist, opposing the involvement in the Horn of Africa of any foreign powers, including the US and China. He also opposes Israel’s observer status at the African Union. In the ‘90s he was a friend of Israel and sought Israeli investments. He personally received medical treatments here. Today, relations have hit bottom. Isaias refused to approve the appointment of Ishmael Khaldi as Israeli ambassador to Eritrea two years ago.

In June, an Israeli diplomat visited Eritrea but left without meeting any senior Eritrean officials. After that, Israel’s foreign ministry recommended closing its embassy in Asmara. Eritrea doesn’t receive any aid from Israel or the US, Israel’s closest ally, so Israel has no leverage against Eritrea. But the Israeli government’s decision to close the embassy serves Isaias’s isolationism and undermines Israel’s strategic interests in Eritrea. The Foreign Ministry’s excuse – saving tens of thousands of dollars of taxpayer expenses on rent and salaries for a non-functioning representation, does not justify losing touch with a country that controls hundreds of kilometers along the Red Sea coast. Let Israel appoint a chargé d’affaires instead of closing its embassy, the same way the US deals with Eritrea.

And there is ample basis for warm ties between the countries. Eritrea and Israel are the only countries in the Middle East and Red Sea basin that do not have a Muslim majority and are not members of the Arab League and the Organization of Islamic Cooperation.

Although Tigrinya are the overwhelming majority in Eritrea, they are, like the Jews, a tiny minority in the region and they face ongoing cultural, political, and economic persecution. Israel has never tried to forge relations with the Eritrean people, but Eritrea is the only place in the region where Israel can have truly meaningful people-to-people ties.

Isaias understands that the existence of a strong Israel balances the Middle East and the Red Sea nation-states, and he knows this is in Eritrea’s long-term security interest. That is why he never recognized Palestine, he doesn’t support the two-state solution and he doesn’t have a relationship with any Palestine organizations.

Eritrea, a stable country in a strategic location, controls the Bab el Mandeb, a strategic strait that connects the Red Sea with the Gulf of Aden and the Eastern Indian Ocean. Which is increasingly becoming a battleground between the global powers China and the USA, and regional powers, including Iran and Turkey.

Many in Israel can’t fathom Isaias’s behavior and speculate that Israel’s relations with the US, with Ethiopia or even with Sudan are the reason for him cold-shouldering Israel. One has to understand Eritrean’s internal political dynamics to understand Isaias’s actions. Israel is a contentious Eritrean internal political issue. Isaias fears a closer relationship with Israel can trigger old questions such as the national cultural identity of Eritrea, its place and role in the region, who has the right to self-determination, and which groups should be considered Eritrea’s indigenous civilization.

During the British mandate in Eritrea in the 1940s, the Tigrinya nationalist movement, which sought to make Eritrea the nation-state of all Tigrinya people, was inspired by Zionism. The Eritrean Muslim League, inspired by Pan Arab nationalism and Pakistan Muslim League, aimed to make Eritrea a Muslim/Arab state. Sheikh Abdulkadir Mohammed Saleh Kebire, a prominent leader of the Muslim League was a close friend of the Grand Mufti of Jerusalem Sheikh Amin Al-Husseini of Palestine.

The Tigrinya are homogeneous with no tribal or clan structure and a high degree of social trust. They have their own ancient Orit civilization, written language, and a code of written laws more than 400 years old. Their religion is centered on the Ark of the Covenant (Tabot) and the Law of Moses (Orit). The Orit, written in the ancient Semitic language Ge’ez, is a version of ancient Judaism.

The Tigrinya identify and support Israel’s right to self-determination. Tesfazion (the hope of Zion), Zerazion (the seed of Zion), Habtezion (the Wealth of Zion), Abrahazion (the light of Zion) are common names among Tigrinya. The Tigrinya are proud Zionists. Whereas the nomadic minorities in Eritrea identify with Turkey, Qatar, and the Muslim Brotherhood. They sympathize with Palestine and oppose Israel.

One need only review the social media chats of Eritreans in the diaspora during the 2014 Gaza war known as Operation Protective Edge to understand how the war divided the Tigrinya and the minorities.

To the dictator’s delight, the caretaker prime minister Lapid approved the closure of Israel’s embassy. Although the embassy was not functional, it was symbolic to both the people of Eritrea and Israel. Its closure undermines strategic Israeli interest and serves the Eritrean dictator. Lapid gave Isaias the best gift. Do not lower the flag! It may prove to facilitate Iran’s naval aspirations to deploy in the Dahlak Archipelago or the port of Assab. Cold relations with Eritrea are by far preferable to that and, surely Isaias, now 76, will not stay in power forever.

About the Author
Habtom Ghebrezghiabher is a doctoral candidate in the Department of Sociology and Anthropology at the Hebrew University in Jerusalem, researching human rights, justice, and democratization by Eritrean exiles in their homeland.