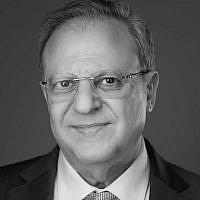 Israeli Prime Minister Yair Lapid should be commended for his endorsement of a two-state solution in his address in front of the UN General Assembly in New York on September 22, 2022. Sadly, such a bold affirmation, opposed by former Israeli Prime Minister Benjamin Netanyahu and his right-wing cohorts, might have come a little too late to see the light of day.

Lapid’s courageous public commitment to the only formula that could see a permanent and lasting peace between Israel and the Palestinians comes at a critical juncture for both Israel and Palestine. It is a political gamble for Lapid, coming just weeks before the fifth round of Israeli national elections in five years. There is no guarantee whatsoever that Lapid and his allies might be the ones forming the next Israeli government. It is too early to predict whether his UN statement could help or hinder his election prospects.

If Netanyahu musters a governing coalition after the elections, there is little doubt he will disavow Lapid’s statements at the UN. Since his June 2009 Bar-Ilan speech, in which he declared support for the creation of a Palestinian state, Netanyahu had advanced the concept of two states at the UN and other venues when it was expeditiously convenient. But by March 2015, while campaigning for reelection, he made it clear he opposed the two-state solution, saying it was no longer relevant and that he “would never allow” the establishment of a Palestinian state as long as he was prime minister.

Conversely, the Palestinian Authority has been facing one of the most severe internal challenges to its authority in the West Bank since losing control of the Gaza Strip to Hamas in 2007. To compound matters for both sides, the violence perpetrated by Israeli settlers and Palestinians in the West Bank has reached a feverish level, with both sides attacking each other almost nightly. Hence the timing of Lapid’s call for a two-state solution is poignantly coming at a precarious time.

US President Joe Biden quickly commented that he “could not agree more” with Lapid’s assertion that “an agreement with the Palestinians, based on two states for two peoples, is the right thing for Israel’s security, for Israel’s economy, and the future of our children.” Mahmoud Abbas, the Palestinian president, noted in his address to the UN General Assembly one day later that Lapid’s talk of the two-state solution was a “positive step.” He added, “the true test of the credibility of this task is to go back to negotiations based on the Arab Peace Initiative immediately.” The 2002 Arab proposal offers Israel full normalized relations with all 22 members of the Arab League if Israel agrees to a two-state solution based on the 1967 borders and with a just resolution for Palestinian refugees.

Unlike Lapid, Abbas is president for life and does not need to worry about elections. However, there is serious chatter that the PA might lose control over the Nablus area – an unprecedented first in the West Bank – following street battles between Palestinian civilians and PA security forces. If Nablus falls, it could also be a matter of time before the Jenin refugee camp could lock itself down and fight any approaching Israeli or Palestinian security forces. Shortly after, Hebron could expel Palestinian security forces or other symbols of the PA political infrastructure. Below the calm façade, Hamas has significant support in Hebron and other areas of the West Bank. The PA’s loss of Nablus, Hebron, or the Jenin refugee camp could spell the end of the PA’s political legitimacy, having lost Gaza and control over more than half the population in the West Bank.

Should the PA forces get cornered or refuse to obey Abbas’ orders, Israeli military forces would then be most likely deployed in those areas of the West Bank to shore up PA security forces or to take over security matters. The return of Israeli troops to areas under security and civil control of the PA, otherwise known as Area “A” in the Oslo Accords, could spell the end of the PA. If they can form a government, Netanyahu and his right-wing allies could then inherit what they sowed – utter disarray in the West Bank and, most likely, East Jerusalem.

Lapid took a courageous political stand before the world to announce his support of a two-state solution – one Israeli and the other Palestinian. Suppose he becomes Israel’s next prime minister. In that case, he might not find Palestinian peace partners. The PA is teetering and might collapse before the formation of the next Israeli government.

Unfortunately for peace-loving Israelis and Palestinians, Netanyahu, well-known to Israeli politicians as a deceitful operator, only announced his support for a two-state solution in 2009 to appease US President Obama. Netanyahu never meant to go through with his announcement. History has witnessed Netanyahu’s deception, which led to the predicament we currently face in Israel/Palestine.

What will happen next? Another intifada? A re-occupation by Israeli troops of the West Bank? No one knows with certainty. Thanks to Netanyahu’s deception and Israel’s ferocious appetite to confiscate Palestinian lands and build Israeli settlements on them, the prospects for peace have died for the foreseeable future, irrespective of the good intentions of Israelis like Yair Lapid.

About the Author
Bishara A Bahbah is vice president of the U.S.-Palestine Council (USPC), the only active US-registered Palestinian-American lobby. Bahbah is former editor-in-chief of the Jerusalem-based Palestinian newspaper, Al-Fajr. He served as the associate director of Harvard University’s Middle East Institute and was a member of the Palestinian delegation on arms control and regional security.