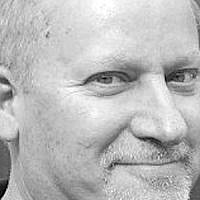 The Blogs
Josh Korn
Apply for a Blog
Please note that the posts on The Blogs are contributed by third parties. The opinions, facts and any media content in them are presented solely by the authors, and neither The Times of Israel nor its partners assume any responsibility for them. Please contact us in case of abuse. In case of abuse,
Report this post. 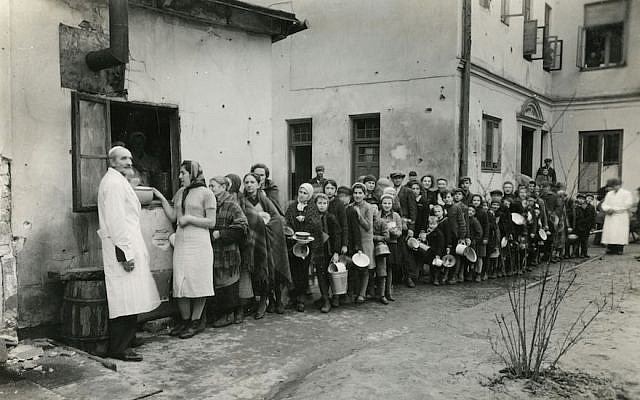 It’s not every day that I meet people who have a direct connection to my existence. But there they were — three unassuming women I’d never met before. Without the risks taken by their families 75 years ago, I would never have been born.

Just over two (now three) weeks ago, in a ceremony in Lublin, Poland, Yad Vashem awarded the Righteous Among Nations honour to 15 people. Among them were five people from the environs of Żelechów, a town roughly 75 km southeast of Warsaw, with a pre-war population of about 8,000 people.

What made Żelechów unique was the fact that about 65 percent of its population was Jewish. Żelechów boasted a fine synagogue, a gmilat hesed mutual aid society (the forerunner of today’s angel funders), many Zionist organizations which, as in just about every other town in eastern Europe, detested each other with a passion, and even a HaPo’el Żelechów soccer team.

The SS moved in during September 1939, and by October 1940 they had crammed not just all the Jews of Żelechów, but also another 2,000 Jews  from the surrounding countryside, into a ghetto with no walls or fences. Since the market area was inside the ghetto, non-Jews could enter, but Jews were not allowed to leave: if found outside its confines, they would be shot on sight.

Over the next few days, approximately 30 Jews were spirited away from the ghetto and concealed by the five people whose actions ultimately saved more than half of them from certain death: Edward Turek, his brother-in-law, Władysław Sokoł, Sokoł’s wife Julianna and their sons Zdzisław and Jan. Turek arranged for the people to escape from the ghetto, while the Sokołs concealed them in underground hideouts in nearby Stryj and Wilczyska, on Sokoł’s own farm.

The families were successfully concealed for almost two full years. But in June 1944, someone tipped off the locations of the hideouts to a particularly vicious group of Poles known as the Armia Krajowa (AK), who raided the hideouts in search of money (of course, Jews always had lots of money, according to the AK’s twisted beliefs). During those raids, fifteen people were killed, many dying in the arms of their loved ones.

After that, the remaining people scattered, some to the nearby fields (luckily, it was then summer), others, such as my mother, to other hideouts, and my grandmother and her other two daughters to Sokoł’s nearby barn where barely a month later they were found by the Gestapo, who had been tipped off by neighbours. All three women — and Sokoł — were taken to Żelechów, held for three days and then murdered in cold blood.

Over 70 years later, the accounts of this period are still gripping. Together with details discovered as recently as two weeks ago, they make it possible for descendants who weren’t there to grasp how paper-thin was the margin for error: one of Edward Turek’s own brothers tipped off the locations of the hideouts to the AK. 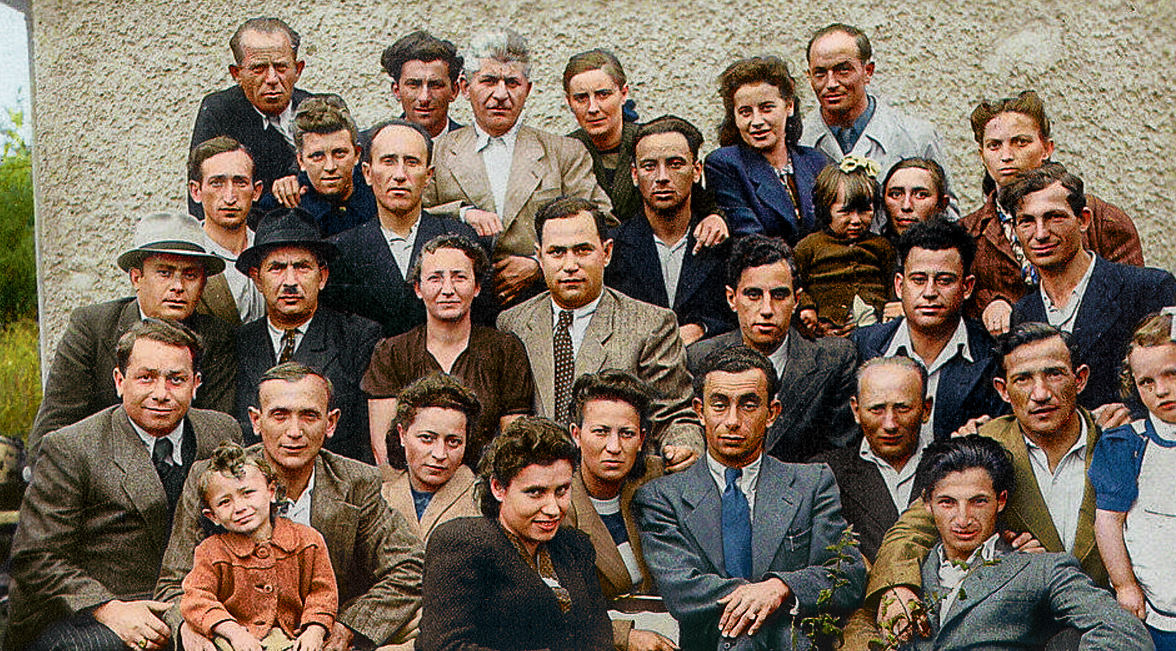 Thirty of the Jews of Zelechow who survived the Holocaust, in a picture taken in Munich in 1946. Not all these people have been identified. (Jaime-David Tishler Fuks)

Of roughly 6,000 Jews in pre-war Żelechów, barely 100 survived the war. They scattered, literally, to the four corners of the earth: Australia, Costa Rica, France, Israel and Colombia. In the late 1940s and early 1950s, the Żelechówer Bulletin was distributed to every surviving Żelechów family in the world. Truly, a global brand, long before its time.

Today, Żelechów has about 4,000 people, and predictably, no Jews. It would seem as though its Jewish history has come to a close.

So was this ceremony the last hurrah for Jewish Żelechów?

By sheer good fortune, one of the grandsons of Żelechów survivors — David Lukowiecki — has become a brilliant and dogged researcher of his own heritage. The Facebook group he created, Jewish Żelechów, now sports close to 400 members. It’s full of names I recognize and people I know, and it has what one of my Melbourne cousins said is that Żelechówer “one big family” feel. Not a week goes by without someone sharing a document, a photo or a story that sheds new light on the people we knew and cared about. They all make for compelling reading; after all, they’re authentic.

About the Author
Josh Korn is the son of a Holocaust survivor from Żelechów, Poland. Originally from Melbourne, Australia, he works as a researcher in Ottawa, Canada
Related Topics
Related Posts
Comments