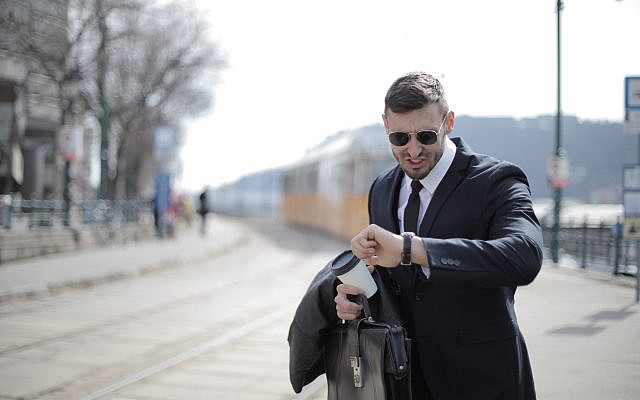 The Torah reports that after Moshe ascended Mount Sinai to receive the Torah, he spent some time atop the mountain before returning to the Jewish People. In the meanwhile, the Jewish People grew impatient anticipating Moshe’s return, “And the Nation saw that Moshe delayed (boshesh) in descending from the mountain…” (Ex. 32:1). The Erev Rav’s response to this delay was to fashion a Golden Calf to lead the Jewish People instead of Moshe.

Rashi explains that the word boshesh is an expression of ichur (“delay”), but he does not explain the difference between the two terms. In this essay we seek to understand the difference between boshesh/bosh and ichur/acheir, and in doing so can come to a better appreciation of why the Torah uses the word boshesh in this story instead of ichur. We will also touch on how boshesh is related to bushah (“embarrassment”), which will bring us to a clearer understanding of that word’s nuances.

The Midrash (Ber. Rabbah 18:6) interprets the word boshesh as a portmanteau of the phrase bau shesh shaot (“six hours have arrived”), explaining that the Jews decided that Moshe was late since it was already six hours into the day on which they expected him to return, and yet Moshe was nowhere to be seen. Rabbi Chanoch Zundel of Bialystok (d. 1867) in Eitz Yosef explains that the basis for this exegesis is the atypical appearance of the word boshesh in lieu of the expected ichur. To him, the fact that the Torah uses the word boshesh instead of ichur screams for further interpretation, and the Midrash fills in that lacuna.

Rabbi Yehuda Leib Shapira-Frankfurter (1743-1826), writes in HaRechasim LeVikah that ichur refers to something acceptably late (colloquially, “fashionably late”), while boshesh refers to an excessive delay, hours upon hours. Similarly, Malbim explains that ichur means anything “past” a pre-determined point of time, while boshesh refers to an excessive lateness that is even later than that. Based on the supposition that boshesh denotes excessive lateness, Rabbi Shapira-Frankfurter suggests that perhaps the appearance of this word led the rabbis to assume that the Jews thought that Moshe was late by many hours. In other words, they thought that he wasn’t just late — he was very late.

Rabbi Shapira-Frankfurter also discusses a third term for “delaying” or “lateness”: hitmahmah. In his view, that word refers to a delay caused by moving slower than the expected speed. It is used when somebody is supposed to do something quickly, but instead is dilly-dallying. For example, when Lot delayed his escape from Sodom (Gen. 19:16), or when King David delayed his escape from Avshalom in order to hear back from Achimaatz (II Sam. 15:28), cognates of this word are employed.

Rabbi Shlomo Pappenheim of Breslau (1740-1814) looks at the relationship between the three words in question differently. He explains that ichur is a neutral type of delay or lateness that is simply related to the word achar (“after”), to denote that a certain point of time has already passed. Ichur does not imply being tardy for excusable or inexcusable reasons. It is neither good nor bad. It just is. By contrast, the other two words for lateness carry with them a value judgement: hitmahmah is a positive type of delay which is not only expected but is the right thing to do under certain circumstances, while bosh/boshesh is a negative type of delay for which one should be embarrassed (bushah).

Interestingly, Rabbi Pappenheim connects the word hitmahmah to the biliteral root MEM-HEY (mah), which means “what” and is an expression of doubt and uncertainty. He explains that a person who is hitmahmah is essentially “waiting around” and not doing anything specific, because he is asking himself “what” he should be doing.

Rabbi Yaakov Tzvi Mecklenburg (1785-1865) quotes an elaborate discussion about these words from the writings of R. Naftali Hertz (Wessely) Weisel (1725-1805) — a figure often maligned as a maskil, but whose rabbinic bona fides are also attested to. He explains that ichur connotes a person who is willingly and deliberately late. On the other hand, bosh/boshesh refers to somebody who is delayed by forces beyond his control. In short, he argues that by using the word boshesh, the Torah conveys the idea that the Jews thought that Moshe was delayed from descending the mountain by circumstances beyond his control, namely, he had either fallen ill or died. Because of this, they were open to accepting a new leader (i.e. the Golden Calf) in his stead. But, in reality, Moshe’s delay is better characterized as an ichur because Moshe was enjoying and basking in the study of Torah atop the mountain, and he therefore purposely stayed there longer than the Jews may have expected him to.

Rabbi Avraham Saba (1440-1508) in Tzror HaMor writes that the Torah uses the word boshesh instead of ichur as a means of alluding to the argument that the Erev Rav made to convince the masses to worship the Golden Calf. He explains that the word boshesh is related to the Aramaic word bshash, which refers to tasteless food that is without spices or seasoning. Thus, the Erev Rav convinced the masses to worship the Golden Calf by arguing that since Moshe’s teachings have no “taste” or “seasoning” to them, they ought to be rejected. As an allusion to this argument, the Torah specifically uses the word boshesh instead of the usual ichur.

Rabbi Saba mentions two places where we see the word bshash in the sense of something tasteless. One context in which this word appears is when Iyov responds to one of his friends’ diatribes by dismissing his friend’s words and sarcastically asking, “Is bland food eaten without salt?” (Job 6:6). By calling his friend’s rhetoric “bland Food,” Iyov meant that what he said is unpalatable and unacceptable. In that context, the Targum renders “bland food” as bshash. The second example is when the Talmud (Berachos 40a) refers to a certain type of tasty bread as something which “does not require bshash.” The commentators explain that bshash in this context means “delay,” meaning that bread which is tasty on its own can be eaten straight away and one need not be “delayed” until the arrival of other condiments or relishes. (Interestingly, Piskei HaRosh and Talmidei Rabbeinu Yonah cite Ex. 32:1 to prove that bshash is related to “delaying,” while Rashi chooses to cite Judges 5:28 to that effect. Maadanei Yom Tov asks why Rashi chose to cite the verse in Judges instead of the verse in Exodus.)

Check out Rabbi Klein’s book G-d Versus Gods: Judaism in the Age of Idolatry (Mosaica Press, 2018) on the history of idol worship in the Bible.