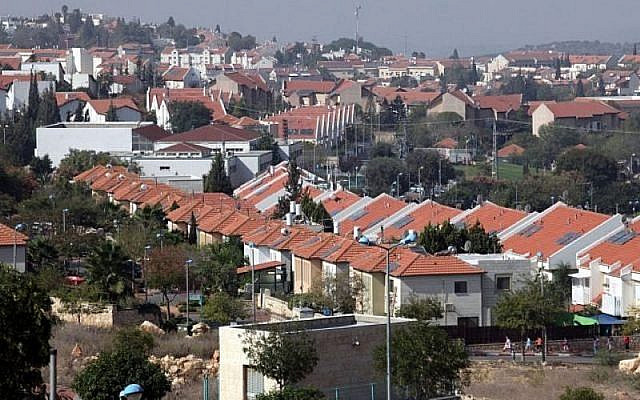 Despite predictions, the coronavirus pandemic has not distracted world leaders from the looming threat of annexation of the West Bank.  Warnings are emanating from all directions, including European and Arab capitals as well as the Vatican.

Meanwhile, in Israel, the debate is largely limited to the emaciated left, which fears that annexation will destroy the chances of establishing a viable Palestinian state, and the far-right fringe of the settlement movement, which opposes even the mini-state that may emerge if annexation proceeds on the basis of the Trump plan. Most of the Israeli public, however, has little interest in the issue.  Preoccupation with COVID-19 and economic woes are not enough to explain their apathy toward an issue that could determine the future of the State of Israel. To understand it, one needs to look at how language has been manipulated since 1967 to legitimize Israel’s hold on the occupied territories in the eyes of the public.

What’s in a Name?

From the outset, the Jewish people’s historical ties to areas captured in the war were used to assert Israel’s “right” to retain them. Thus, East Jerusalem was not captured but rather “liberated,” with Moshe Dayan declaring that “we have returned to the holiest of our holy places, never to part from it again.” The names “Judea and Samaria,” which conjure up romantic images of the ancient Hebrew kingdoms, eventually came to replace “West Bank” in the lexicon of the right wing and later, in the Netanyahu era, were adopted by the mainstream media as well.

Wary of international backlash, Israel has always tried to cloak annexation in seemingly neutral language. When it annexed Jerusalem, Israel said it was applying “Israeli law, jurisdiction, and administration” to the city. Similar terminology was used when it annexed the Golan Heights, and “applying sovereignty” is the current euphemism designed to obscure its violation of international law.

After the June 1967 war, few challenged the premise that the strategic depth afforded by Israel’s capture of the West Bank boosted its security, and from there it was just a hop, skip, and jump to the conclusion that settling the land would strengthen it even further. Thus, successive Israeli governments developed the settlement enterprise, using the holy tenet of security to lend it legitimacy.

A shift in public opinion against the settlement movement followed the emergence of Gush Emunim, a national-religious movement founded in the 1970’s and which aspired to settle all of Eretz Yisrael. These zealots attempted to establish settlements beyond the areas included in the Allon Plan. While the largely secular Israeli population had accepted land grabs for so-called security purposes, it had no stomach for skullcap-donning settlers defying government orders and confronting the revered IDF.

The clash between Gush Emunim and the authorities gave birth to the falsehood that there is such a thing as illegal as opposed to legal settlement. This distinction was later cemented by the Sasson Report, which investigated the involvement of government bodies in the creation of “unauthorized outposts,” thereby implying that government authorization can make a settlement “legal.”

With the convening of the Madrid Peace Conference and the launch of the Oslo process in the early 1990’s, settlements were perceived as an impediment to peace. The idea that peace can offer more security than territory gained traction, and support for the land-for-peace formula grew. So how did we get from there to here?

The turning point was the failure of the Camp David Summit in 2000. Ehud Barak’s “unmasking” of Yasir Arafat and his declaration that “there is no partner” on the Palestinian side still echoes among the Israeli public.   The second intifada led many to lose faith in the possibility of achieving peace and brought down the Barak government. Since then, Israel has been ruled by successive right-wing governments, but it was the change in the discourse that Netanyahu effected over the past decade that succeeded in turning the occupation into a nonissue.

Netanyahu reframed the Israeli-Palestinian conflict from a political dispute that can be resolved to a war on terror and removed the word “peace” from the discourse. He painted the Palestinian Authority (PA) as an enemy by introducing Palestinian recognition of Israel as a “Jewish state” as a condition for negotiations.  President Abbas’s refusal to use the phrase was marketed to the public as refusal to recognize Israel, although the PLO had done so back in 1988 and again in 1993.  Despite the PA leadership’s staunch adherence to the two-state solution, if you ask the average Israeli today whether it recognizes Israel’s right to exist, the answer will likely be “no.”

Meanwhile, the 1967 borders have been erased from the public’s consciousness.  Even such mundane things as maps of the spread of COVID-19 or the weather forecast carried on Israel television do not distinguish between cities to the east or the west of the Green Line. Netanyahu exploited compromises made by the Palestinians in previous negotiations to sow the notion that the so-called “consensus areas” have already been ceded to Israel, although the Palestinians agreed to redraw the borders only within the context of a peace agreement and in exchange for equal territory. Today, most Israelis think that Gilo is just another Jerusalem neighborhood and Ariel is just another city in the periphery with low-cost housing and an affordable university.

Netanyahu also planted the notion that Israel has the exclusive right to determine the fate of the occupied territories. This idea became so deep-seated that even Ehud Barak used it in his attempted comeback in the September 2019 elections.  Barak’s campaign centered on Israel’s need for recognized borders.  So far, so good. But he also said that if negotiations fail, Israel should draw its borders itself.  One can assume that Barak didn’t envision a border that runs along the Green Line, but Israelis have become so desensitized that even the left-wing Meretz party, which allied with him, didn’t grasp that he was espousing annexation.

While recognizing Netanyahu’s wizardry as a manipulator of public opinion, credit for erasing the occupation from the public consciousness must be shared with Donald Trump. Trump’s worldview boils down to: Don’t bother me with the facts.  In Trump’s mind, declaring that the settlements are legal suffices to make it so.  In giving a kashrut certificate to the settlements, Trump said he was merely recognizing reality.  Netanyahu has been broadcasting the same message, and together this duo has set a new standard by which legitimacy derives from facts on the ground rather than the rule of law.

It’s no surprise that a prime minister indicted for bribery, fraud, and breach of trust is guided by the principle that possession isn’t just nine-tenths of the law; it’s everything.  Accordingly, Netanyahu is telling the public that he plans to “apply sovereignty to the territory of our homeland.” When annexation brings the wrath of the world down upon us, Israelis won’t understand what hit them.