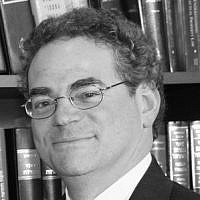 The Blogs
Russell D. Mayer
Apply for a Blog
Advertisement
Please note that the posts on The Blogs are contributed by third parties. The opinions, facts and any media content in them are presented solely by the authors, and neither The Times of Israel nor its partners assume any responsibility for them. Please contact us in case of abuse. In case of abuse,
Report this post.

Israel became known as the Start-up Nation by virtue of its creativity, its significant number of NASDAQ traded companies and its relatively high percentage of residents involved in start-up businesses.  In order to make an omelet, however, you have to break a few eggs – unfortunately, not all enterprises become homeruns – some teeter and some go over the precipice into bankruptcy/liquidation.  While it was recognized that Better Place had an uphill battle in introducing a new concept to Israel and other venues, many hoped that it would succeed.  Its filing for liquidation this week, is the indicator that it has not.

As in the closure of any business, there are hardly any winners and most connected with the enterprise end up losing to some extent.  Ideally, one should prepare for the possibility of loss before it is too late but even after the fact there are practical steps that can be taken to minimize the damage.

In this article we will examine some of the legal ramifications of the Better Place liquidation in very broad strokes.

There are generally four classes of injured parties when a business liquidates: (a) employees, (b) creditors, (c) customers and (d) shareholders.  The first three are those which often see some recovery while shareholders are usually the most severely affected.

Often the first group to be adversely affected by the liquidation of a company and the one most immediately impacted by the situation and susceptible to significant ramifications, is the employees.  The commencement of the liquidation proceeding, typically causes at least a temporary cessation of salary payments, jeopardizes employees’ social benefits, such as severance pay and calls into doubt the employees’ ability to actualize other benefits which may have monetary value.  In view of this exposure and in an attempt to seek to minimize employees’ risks, Israeli law generally classifies employees as “preferential creditors” and the wages owed to them take precedence, up to the amount of NIS20,000, over certain other obligations of the company has accrued.  In this context, employees’ wages which generally receive priority include salary, compensation due for paid vacation, time off for fertility treatment, overtime wages and any other compensation due as a result of and during the employment.

Additional economic protection is granted to employees from the National Insurance Institute (hereinafter, “NII“) provided that the employer actually commences liquidation.  NII provides an allocation to compensate covered employees for unpaid wages, severance pay and unfunded contributions to a pension fund to the extent required by law.  The amount of the coverage provided by NII is limited to the statutory cap which is currently NIS 110,331 for wages and severance pay and NIS 16,974 for pension fund contributions.  In addition, employees will only be eligible to receive the payment if the following three conditions are met:

Notwithstanding the above, the Courts will often appoint a Special Administrator who is responsible for reviewing claims and determining payments to employees without the further involvement of the Court.

In order to claim the coverage from the NII with respect to salary and severance pay, employees must submit to the Liquidator a “Claim for the Payment of Employment Wages and Severance Pay” (available on the NII’s website) to which must be attached:

4.         Certification from the bank or a voided check verifying the employee as an account holder.

General creditors include suppliers, lenders and others to whom the company has an obligation.  Creditors are typically designated as “secured” – when and to the extent that they have a general or specific security interest in assets of the company (reportedly, Renault has a security interest in the car batteries) or “unsecured” to the extent that the creditor does not hold collateral of the company.  Secured creditors will generally have priority over unsecured creditors to the extent of their security.  There are different means of realizing upon the assets depending upon the classification of the creditor and the determination of the Court.  Some tax obligations will take a priority above that of certain other creditors.

Other than the employees, the next most exposed creditor of the business in liquidation, is typically the customers of the business – particularly with respect to customer service which it will not likely receive, availability of replacement parts, prepaid subscriptions and other factors upon which they relied when they became customers of the now defunct business.  Generally, customers of a company in liquidation do not receive any priority distribution of the liquidation estate and, reportedly, that was confirmed to be the case with respect to customers of Better Place.  Even among customers of Better Place, their standing and types of claims will vary depending upon the nature of the product/service for which they contracted, whether they purchased or leased vehicles and the extent to which they prepaid for subscriptions.

As part of the liquidation process, there is typically a stay of proceedings which would prevent creditors from commencing or continuing claims against the company in liquidation – whether in a class action or individually.  In some rare cases a judge may permit such a proceeding but it would only be possible after a motion is brought to the Court demonstrating the unique circumstances which warrant the unusual opportunity.

Unless a purchaser of assets of the company (e.g. the battery change stations) decides to continue their operation on certain terms or some legislative rescue, customers of Better Place are advised to file Proofs of Claim with the Liquidator as would any other unsecured creditor of the company.  Again, we recommend that the Proofs of Claim be filed in person with an acknowledged receipt or by registered mail.  There are specific timeframes within which the Proofs of Claim may be filed and we strongly recommend that creditors file as soon as possible but in any event before the expiration of the window for filing.

Typically, it would take months if not years for Proofs of Claim to be reviewed by the Liquidator and, to the extent approved, would share in the liquidated assets of the business on a pro rata basis.  It is anticipated that unsecured creditors and customers will not receive a significant return on the company’s obligations to them.

As noted in the beginning, there are rarely significant winners when a company is in liquidation but there are means of protecting yourself in advance or, once circumstances arise, to seek to minimize the damages to which you are exposed.

The above is intended as general information only and is not to serve as a legal opinion nor as legal advice and does not address many on the nuances and requirements of the applicable laws and regulations.  Should issues arise regarding the contents of this memorandum, we suggest that you obtain legal consultation.

About the Author
Senior Partner at the Jerusalem-based law firm of Livnat, Mayer & Co., specializing in Elder Care, Employment Law, Wills and Corporate. One of the lawyers certified as a Specially Trained and Authorized Israeli Lawyer by the Guardian General's Office.
Comments